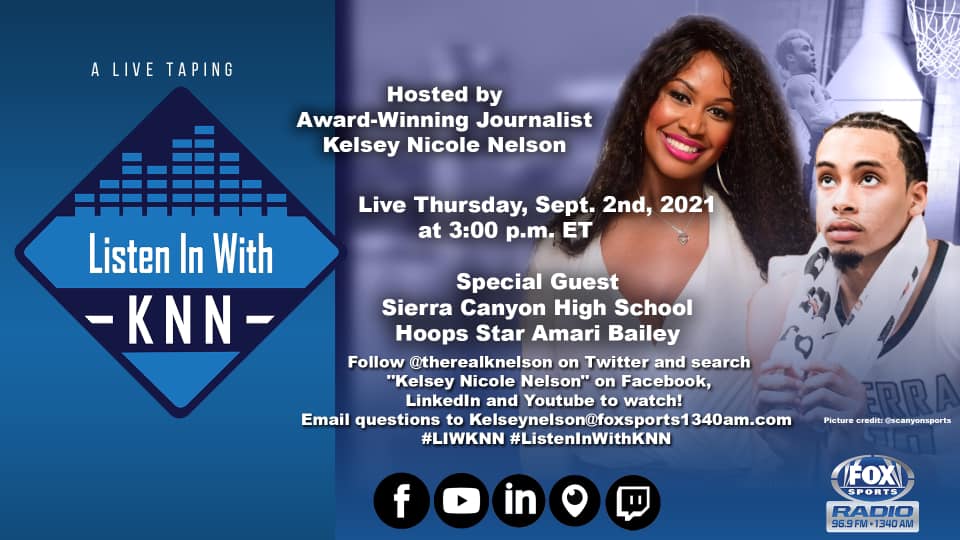 Amari Bailey grew up in Chicago, Illinois. Before reaching high school, Bailey appeared on the hit show Bringing Up Ballers, a show about five Chicago-area entrepreneurs whose children are some of the best up and coming basketball players in the country, Bailey earned attention from an NCAA team and shortly after committed to DePaul, only to decommit later. The attention he received helped propel him to Sierra Canyon School in Chatsworth, California for his high school career, where he currently resides. Bailey was asked about his experience on Bringing Up Ballers, Bailey said, “I was anti at first with having a camera in my face, I didn’t like it. I had to get comfortable with it, if this is something I want to do then you’re going to have to have a camera in your face.”

Bailey attends Sierra Canyon school in Chatsworth, California. He is going into his senior year at Sierra Canyon school where he is teammates with Bronny Jr. (Lebron James son), and for the time being, has committed to the University of California at Los Angeles (UCLA). “Not a lot of schools recruited me honestly. I talked to Kentucky a little bit, I talked to Kansas a little bit, I didn’t talk to anyone else like that. UCLA was always home for me I felt like,” when asked about other college basketball offers and his decision to commit to UCLA.

While Bailey was a junior in school, he averaged 29.2 points, 9.1 rebounds, and 6.5 assists per game. Bailey’s breakout season led to the prestigious accolade; California Mr. Basketball, an accolade that recognizes the best high school boys basketball player in California. Bailey was asked how he remains grounded and focused amidst praise from outsiders, “just keep it a main goal to the main goal knowing I’m not where I want to be. Also, you have to know that all of this can be taken away from you at any given day, just having humility and gratitude will take you farther than you could ever imagine,” Bailey said.

In 2019, Bailey helped lead Team USA to win a gold medal in the FIBA A

Americas U16 championship while averaging 13.2 points, 4.2 rebounds, and 3 assists per game in the tournament. “It was such a blur, that whole experience, and the whole time I’m thinking damn I’m on Team USA and I’m representing my country,” Bailey said when asked about his experience traveling out of the country and participating in the FIBA Americas U16 tournament.

As Bailey finishes up his high school career, he has a bright future with the being the number one prospect in the country with the skills and leadership he possesses.