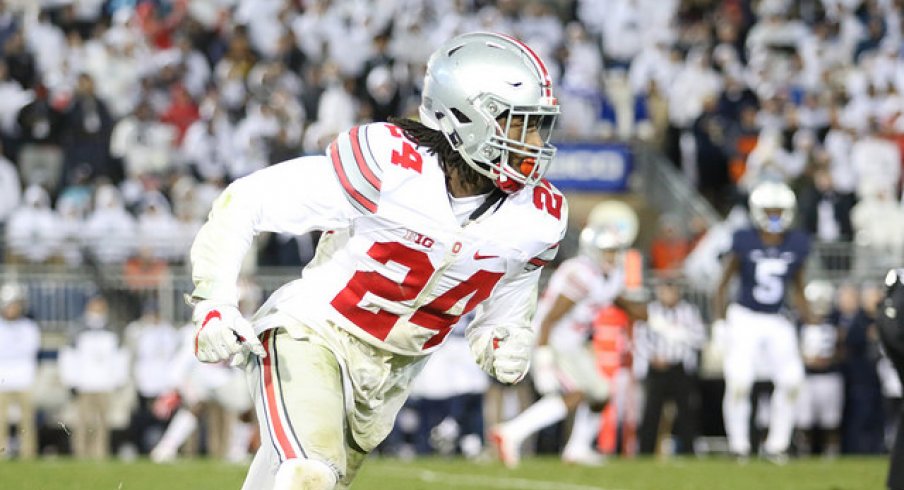 Most draft seasons, underclassmen who throw their hat into the ring usually receive a little more criticism than most. Simply because of questions pertaining their experience at the collegiate level.

So for redshirt sophomore Malik Hooker out of Ohio State, one of the biggest questions circulates around his lack of experience. While those questions are raised, his ceiling at the next level is equally high. So high that Hooker is often compared to former Miami Hurricanes safety Ed Reed. Whether or not Hooker reaches that lofty plateau remains to be seen. However, the potential is there. His draft stock has seen a considerable rise in the past few months and with justifiable reason. Let’s dive into the scouting report of the talented safety.

In this video, Hooker drops to cover hooks/curls in Cover 3 coverage, gets depth while reading the eyes of QB Wilton Speight, gathers the interception, and turns it into a huge touchdown for the Buckeyes:

Conclusion: Granted, Hooker does not even have 20 games of collegiate experience. That being the case, Hooker is a prospect that will likely be a top 10 selection in the upcoming draft. That just goes to show his potential as an overall prospect. Safety prospects such has Hooker do not show range and ball skills with the amount of inexperience he has. So just imagine when he’s able to be molded by a secondary coach and defensive coordinator in the NFL. I, for one, feel that Hooker has a possibility to be the best player from this draft five years down the line. Overall, Hooker is raw and a work in progress. Yet, at this point, he has enough attributes that warrant taking a chance on grabbing a possible future All-Pro at the free safety position.