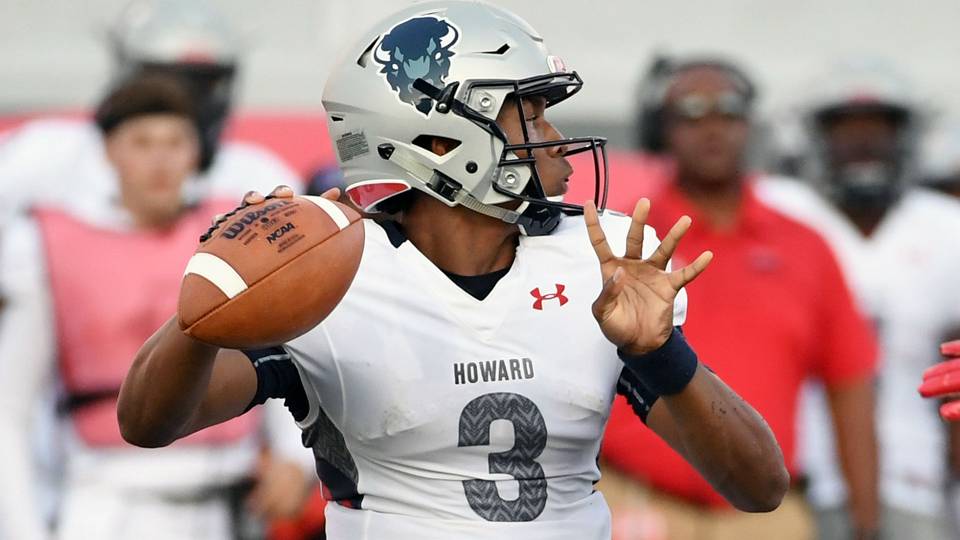 It’s “Cut the Check” season for a few HBCU programs. But for a few teams, HBCU vs HBCU contests started off their schedule. We had a few Labor Day Classics, and Nationally acclaimed Upset, a Battle for Baltimore, a return to winning ways, and a few blowouts. Here are my HBCU Observations from Week 0 and 1.

“Cut The Check” is a phrase used when FBS schools pay FCS schools to travel and play them. A few hundred thousand or over a million dollars can be paid off to FCS schools. For HBCU’s, it’s how some programs pay their bills. $750,000 was given to FAMU to get beat by Arkansas, 49-7. Hampton’s number was disclosed but I’m sure a check was given as Ohio dropped 59 unanswered points on Hampton. Duke scored 60 points against and reigning and defending MEAC champs, NCCU. That 60-7 defeat is cringe-worthy but it’s just part of the business. BCU also lost to Miami, 41-13.

Fans don’t let these games get to them. Even some of the players, just a game that’s a test. There’s a lesson in the loss.

I don’t know how, but Howard was a 45 point underdog to UNLV. A program that has only had 2 seasons over .500 since 200. Howard has had three of them. Four if you count their season at 6-6 in 2013. In my opinion, not to down Howard, most of the MEAC could’ve beat UNLV. UNLV should be playing at an FCS level but since Vegas is a huge market, the FBS is their home. But to the game, Cam Newton’s Brother Caylin put on a SHOW. He had over 300 yards in his FCS debut. Mike London made national attention as well. His return with smoothly and surely made a few shock waves. We will see how HU fares in the MEAC.

I was here for this one. Let’s just be direct, MSU lost due to Penalties and Turnovers. Due to this, Towson escaped with a 10-0 win while only having 107 yards of total offense. If MSU’s defense can hold up, then the MEAC will have a few issues. Their new offensive coordinator, Rob Spence is not happy with their performance.

UAB in their return to the FBS play gave Alabama A&M a 38-7 loss on Saturday. Miss. Valley State lost to NDSU, the best FCS program in the past few seasons, 72-7. TCU supplied Jackson State a check and a 63-0 defeat as well. Tulane defeated Grambling 43-14 as well. Overall, alot of the SWAC lost and it’s not an alert. Just part of the business.

An FCS team lost to a D2 team. But on paper, ASU was the underdog against Tuskegee. A late INT helped Tuskegee win late in the game, 14-6.

The SWAC has only won two MEAC/SWAC Challenges since 2005. Southern made that three with a 14-8 win over South Carolina State on Monday. This gives Southern momentum as they look to win the SWAC after not doing it last season.

Winston-Salem State held on against UNC Pembroke, 34-31. While Bowie State defeated Seton Hill, 48-7. Both teams are on a crash course to win the CIAA but someone has to lose in the end. Unlike most conferences, the CIAA’s two best teams will face-off this Saturday as WSSU faces BSU. The result will determine a lot of things.

VSU defeats NSU, 14-10. Coach Latrell Scott led VSU to a very good record until taking over at NSU in 2015. Most fans look as VSU as the bigger power compared to NSU. But NSU won the previous 6 matchups prior to this. Due to this, the rivalry is rather headed, adding on that these two teams were CIAA rivals. But after today, VSU leads to series, 27-26-1. Hopefully, these teams can continue their rivalry in the future. Maybe the best HBCU Football rivalry in VA.

Albany State, Benedict, Clark Atlanta, Tuskegee were the only SIAC teams to win this weekend. Nonconference schedules are rather hard on conferences if they don’t win well. The SIAC is still trying to find it’s way as a dominant HBCU conference.

Congrats to ASU and Tuskegee! Catch them this Saturday on ESPN3 as they battle in the White Water Classic at 5 pm. ▶️https://t.co/7Q7GbtSe3v pic.twitter.com/zBOXZA50ki