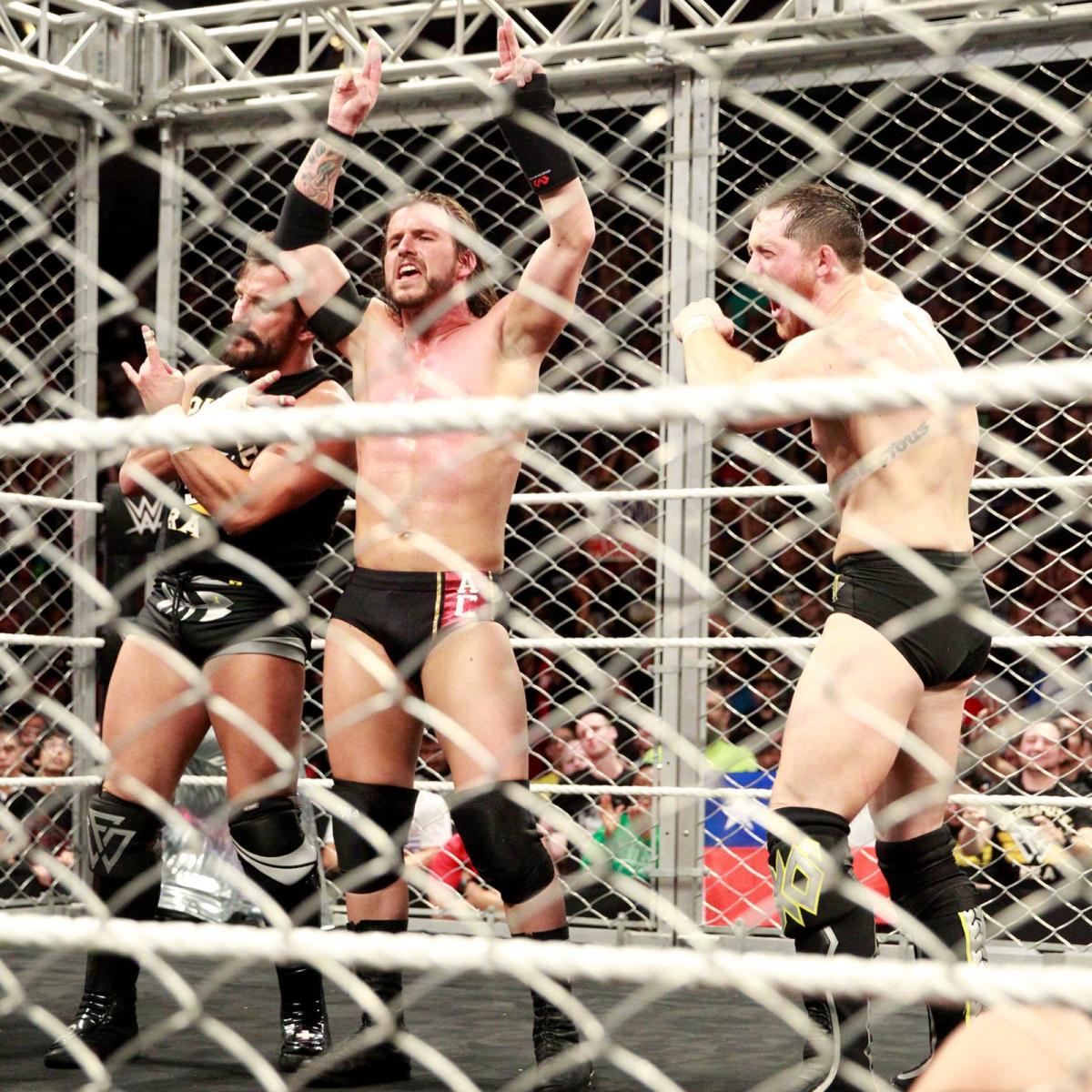 Last night it was a night to remember as NXT TakeOver Houston and it reintroduce War Games after a 20-year hiatus. Here are my overall thoughts as well as the results.

Kassius Ohno and Lars Sullivan set the tone for a very eventful night. Ohno attempted to do put an end to Sullivan destruction early on in his career. The knockout artist tried to overpower Sullivan but it didn’t work as Sullivan blocked a Rolling Elbow. Sullivan slammed Ohno for the win.

Then Velveteen Dream and Aleister Black delivered match between two of the most intriguing wrestlers on the NXT roster. Dream deserves a lot of credit because he came along way and he showed respect to the late great Rick Rude with attire as his airbrush his pants. It was a slow-paced match but it will do great story and Black was victorious with Black Mass kick. Black may have won but the real winner was Dream because they were cheering for him.

The mood was set to crown a new NXT Women’s Champion it was an action-packed Fatal 4-Way featuring Kairi Sane, Peyton Royce, Nikki Cross and Ember Moon. Moon connected power bomb Cross onto the floor.Sane connected with her high-flying Elbow onto both Royce and Cross at the same time, Moon broke up the pin attempt on Cross. Then Moon connected with devastating Eclipse on Cross and Royce at the same time. Moon got the win and it was sweeter because it is in her home state of Texas. After the match Asuka presented the title to Moon she passed the torch to her in NXT.

It is crazy the progression that Andrade Cien Almas has shown over the last couple of months but he has found himself ever since he aligned himself with Zelina Vega. McIntrye had his toughest test to defending his NXT Championship against Almas.

There was an amazing spot where Almas hit an unbelievable Moonsault to the NXT Champion on the outside. Once they both got inside the McIntyre hit Future Shock DDT but only for a near fall.The challenger had a plan up his sleeve and he grabbed the NXT Championship the referee was distracted, Vega to hit a Spikerana on McIntyre back in the ring. Almas followed that up with a Hammerlock DDT on the champion but McIntyre kicked out at the count of two.

The Champion responded with his devastating Claymore kick that sent Almas flying. McIntyre had Almas where he wanted him, but Vega put Almas leg on the bottom rope. The NXT Champion went for another attempt for Claymore, but he missed badly, and he went over the top rope. Almas capitalized as he hit DDT out of nowhere for the win. Almas did the impossible with the help of Vega he is the new NXT Champion.

The historic return of the War Games Match, which made its comeback for the first time in 20 years, it lived up to the hype and it did not disappoint. This match was complete chaos and the winner could only take place once all nine superstars are in the ring all at the same time.
Business really picked up when Alexander Wolf and Killian Dain entered the match, Wolf brought in a nightstick started to hit everybody with it. Dain snapped he brought tables, garbage cans, Kendo sticks and steel chains. The Beast of Belfast locked the cage door with one of the steel chains and he ate the key.

Then all hell broke loose The Beast of Belfast Dain showed off his athleticism as he hit the Coast-to-Coast through a steel garbage can on O’Reilly. Then Cole was on top the cage, Roderick Strong climbed all the way to the top and Strong hit a jaw-dropping Suplex on Cole from the top of the cage onto the Superstars below. After a bunch of near fall near Adam Cole hit the Shining Wizard on a steel chair from Cole to Young. The Undisputed Era survived the war and Adam Cole was the sole survivor.