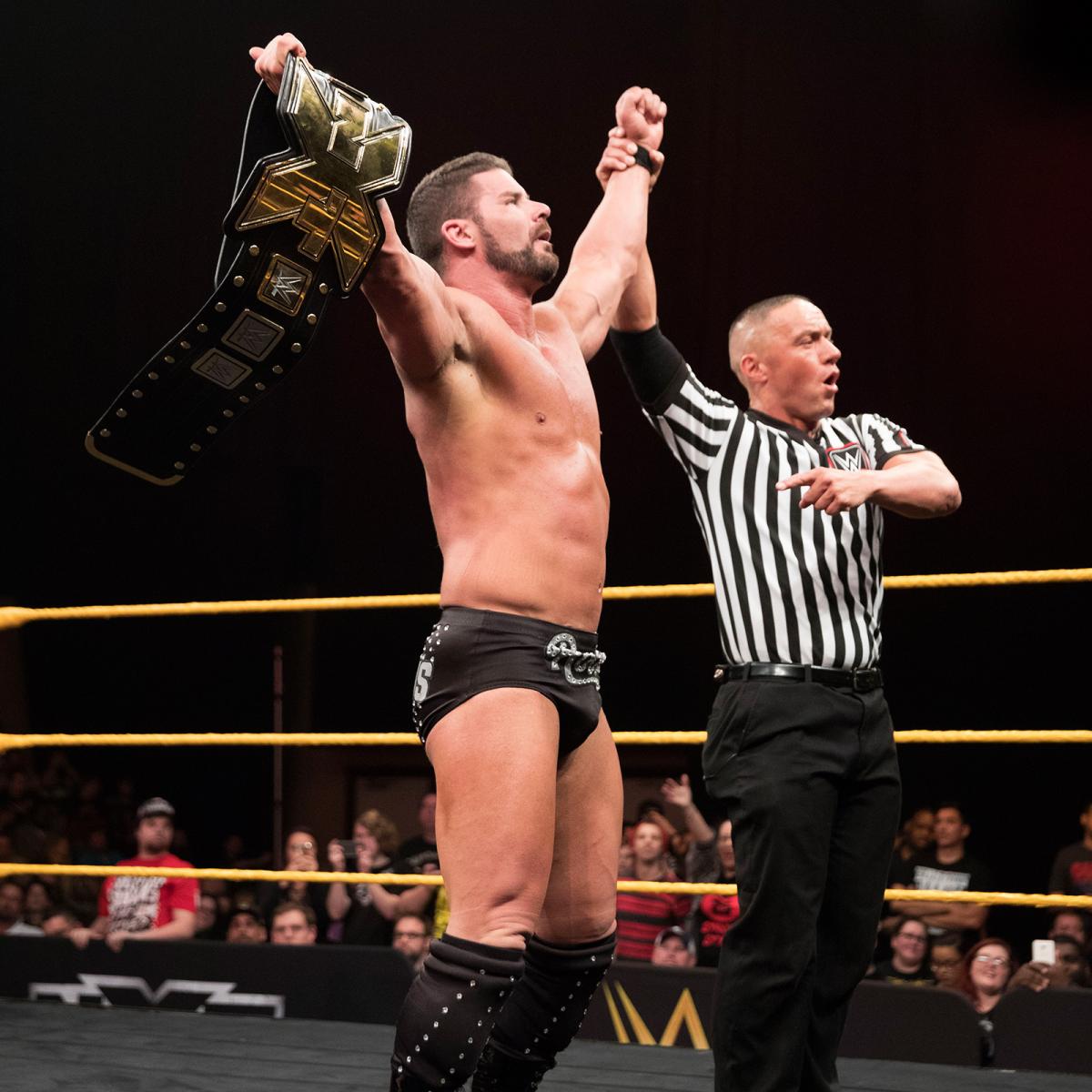 Last night NXT had decent episode with the main focus on the NXT Championship main event. It was between Kassius Ohno Bobby Roode, here are my overall thoughts as well as the results. The Authors of Pain vs. The Ealy Brothers

Last week, NXT Tag Team Champions The Authors of Pain made a statement at the expense of The Ealy Brothers by laying them out with a devastating attack before their scheduled match against The Revival.

This week Gabriel Uriel wanted revenge for this week. However, it was the same result as The Authors destroyed their opponents with ease after they connected with the Super Collider, followed by the Last Chapter to pick up another win.

After the match, The Revival and DIY wanted their shots at the NXT Tag Team Championship. As a result of NXT General Manager William Regal came out to announce a Triple Threat Tag Team Elimination Match for the NXT Tag Team Titles at NXT TakeOver: Orlando. It was the debut of Macey Estrella but it was not one to remember. Due to the fact, Nikki Cross absolutely dominated her by hitting her six swinging Neckbreakers before she finally pinning Estrella for the win. Then Tye Dillinger and No Way Jose came down and once again they were victims to a beatdown from SAnitY. SAnity is on a roll and has had quite an impact on NXT and nobody has been able to stop them. Ohno had an impressive performance and on numerous occasions, he had Roode beat during the match. Roode was not ready to lose his NXT Championship he showed the heart of a champion. He hit the Glorious DDT and nobody gets up from that. Bobby Roode retained his NXT Championship, as a result he will main event NXT TakeOver Orlando. Kassius Ohno made his long awaited returned to NXT ring and immediately took aim at NXT Champion Bobby Roode. Ohno during his first NXT run did not even get an opportunity at the NXT.