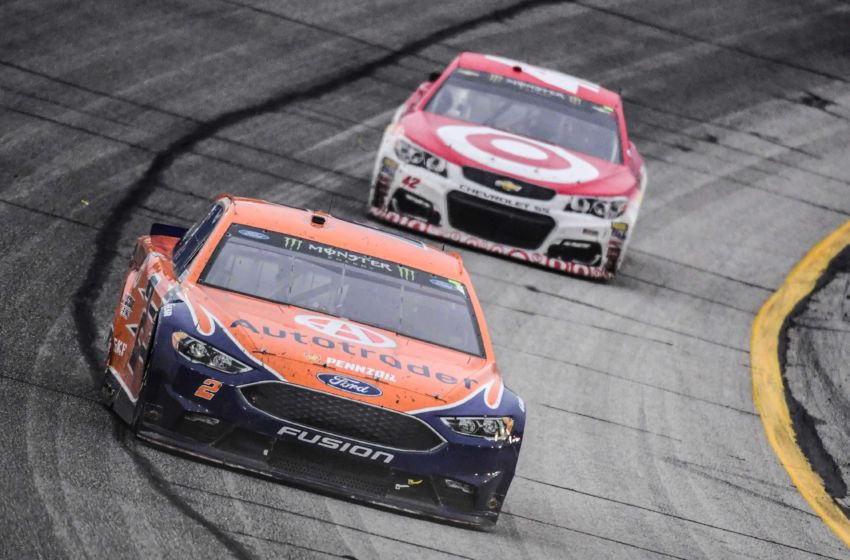 In a race that was dominated by Kevin Harvick from the drop of the green flag, Brad Keselowski swooped in and got the victory. Harvick lead nearly 300 of the 325 laps at Atlanta Motor Speedway. On top of the laps lead, Harvick also won both stages, the first driver to do that since NASCAR adopted the format.

It all changed for Harvick when a caution flag came out due to Austin Dillon losing power in his car. The leaders came down pit road for fresh tires, but Harvick was caught speeding while leaving the pits. This penalty caused him to restart the race at the tail end of the field with 10 laps to go. That wasn’t enough time t for the “closer” to catch up.

The restart pit Kyle Larson and Matt Kenseth on the front row. A push by Brad Keselowski when the green flag waved moved he and Larson away from the field. Keselowski was able to psych out Larson into running a different line on the track. This ultimately propelled the number two Autotrader Ford to the lead and helped get that checkered flag.