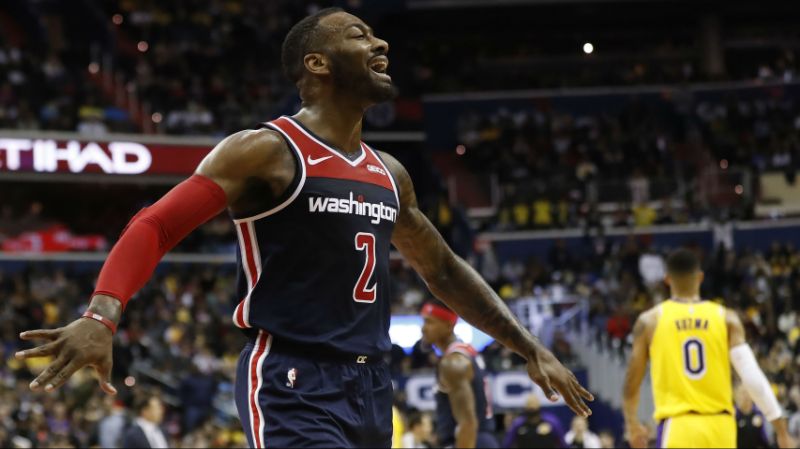 WASHINGTON- The Washington Wizards were on a four-game losing streak and they were coming off of a drama-filled weekend after sending Kelly Oubre and Austin Rivers to the Phoenix Suns in return for Trevor Ariza.

Disarray and all, the Wizards showed no sign of that in a 128-110 victory against the Los Angeles Lakers.

For the real #DCFamily fans, it felt as if you were walking into the Staples Arena simply because “The King,” Lebron James was in town. But this time, another king took the throne.

His name is John Wall.

Wall nearly played the entire game, clocking 42 minutes and he showed no signs of fatigue. In fact, it was the complete opposite. The Raleigh native scored a season high of 40 points and dished out 16 assists.

This performance was by far Wallstar’s best performance of the year and even though the Lakers were on the end of a back to back without key players-Brandon Ingram and Rajon Rondo, the Wizards made a statement in Capital One Arena.

Wall’s performance was accompanied by Bradley Beal who finished the game with 25 points and 12 rebounds. Jeff Green and Sam Dekker were also key figures in this win both scoring 20 a piece. Overall, Washington shot 50% from the field and 41% from beyond the arc.

The surprising telling stat of this matchup was Lebron James’ 13 points, 3 assists, and 6 rebounds. This was the fourth time this season Lebron was held to just under 20 points and as a result, the Lakers are 1-3 in those performances.

Kentavious Caldwell-Pope led the Lakers in scoring with 25 points, 5 assists, and 6 rebounds.

When speaking on his performance John Wall said, “It was just being aggressive…Just trying to get downhill and attack the basket. I was kind of disappointed in how I played in Brooklyn [on Friday] – not being aggressive. When I’m aggressive, it makes it easier for us offensively – getting guys shots and getting myself into a rhythm.”

In the first half of the game, Markieff Morris left with a neck strain and is considered day-to-day. On Tuesday, the Wizards hit the road and face the Atlanta Hawks.