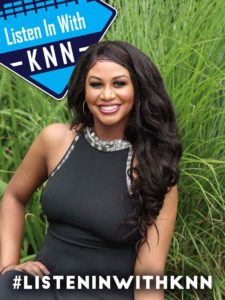 “Listen in with KNN” hosted by award-winning sports personality Kelsey Nicole Nelson is an entertaining new revamped sports talk show that each week brings listeners into the conversation. As the hottest new sports show, host Kelsey brings listeners the latest trending topics in sports and entertainment. Tune in weekly to “listen in” with special guests. This show is like non-other. Don’t get left behind, and be in the “know” of the sports world. Every week “Listen in With KNN.”