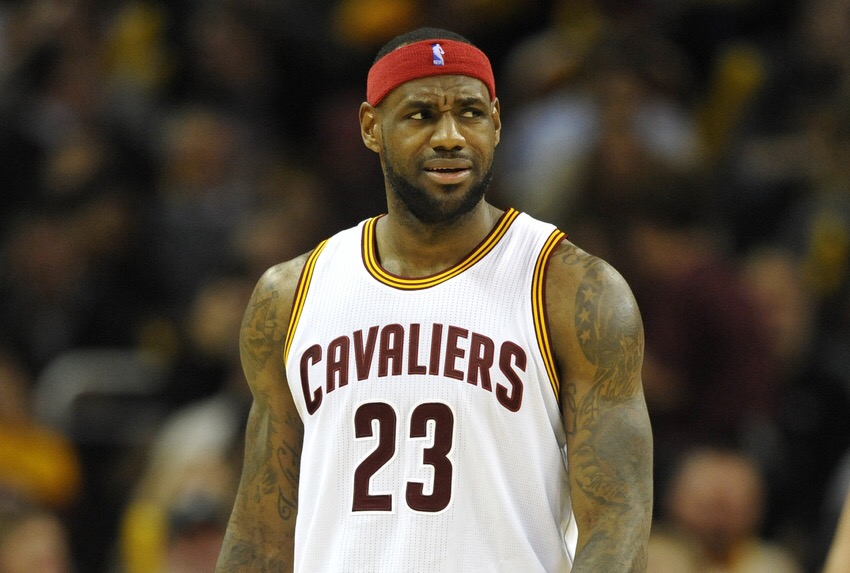 If you were constantly held to the standard of someone before you, someone considered the greatest of all time in your field of work, life could get pretty tiring pretty quickly. The constant – somewhat unjust comparisons – despite being different people would be wholly unfair to you. No matter what you do, this shadow follows you. Despite blazing your own trail, you’re held to the image of your idol, who is basically mythologized and romanticized since his days.

By now, you could’ve probably guessed that I’m referring to LeBron James. James, despite playing in a different era and playing a different position, is constantly held to the standard of Michael Jordan. Jordan’s legacy gets bigger and bigger every day to the point that he’s almost a Paul Bunyan type figure.

Every “false” move that LeBron makes is almost immediately met with, “well Jordan wouldn’t have done this. Mike would’ve done (fill in the blank).” To some extent, this is true. Michael Jordan and LeBron James carry themselves in very different ways. It is fair to wonder, however, how Jordan would’ve fared in the social media age, where any quote can become viral at the drop of a dime.

See, What Had Happened Was…

That brings me to the latest controversy surrounding LeBron James. Many analysts have been up in arms over comments that LeBron has had for weeks. James has been demanding that the Cavaliers get a backup point guard – and eventually another big man. He is clearly frustrated, saying after a loss to the New Orleans Pelicans, “We need a f***ing playmaker. I’m not saying you can just go find one, like you can go outside and see trees. I didn’t say that.”

The insistence on bringing someone in has warranted criticism from many, specifically former players. To be fair to LeBron, he’s not asking for Damian Lillard, Jimmy Butler or anyone of their caliber. He wants to replace Matthew Dellavedova and Timofrey Mozgov, who went to sign with the Milwaukee Bucks and Los Angeles Lakers respectively.

Still, it’s not a good look to some that the clear-cut alpha dog – and face of the NBA – is asking for even more help. After all, the Cavaliers have the highest payroll in the NBA at over $129 million. They even traded basically nothing to get one of the best three point shooters, Kyle Korver. LeBron demanding more – despite having two other All-Stars and a myriad of shooters on the roster – ruffles feathers. How dare LeBron ask for more, they say.

This is over looking the fact that LeBron is leading the league in minutes at 37.5 per game. At only 32, LeBron has already logged more minutes than Jerry West, Larry Bird, Steve Nash and Clyde Drexler. By next year, he’ll easily pass Charles Barkley in total career minutes played.

Barkley is at the epicenter of the criticisms on LeBron. Chuck had this to say on TNT in a heated discussion, where former Cavaliers teammate and 4 time champion Shaquille O’Neal rose to the defense of James.

James responded, saying, “I’m not going to let him disrespect my legacy like that. I’m not the one who threw somebody through a window. I never spit on a kid. I never had unpaid debt in Las Vegas. I never said, ‘I’m not a role model.’ I never showed up to All-Star Weekend on Sunday because I was in Vegas all weekend partying. All I’ve done for my entire career is represent the NBA the right way. Fourteen years, never got in trouble. Respected the game. Print that.”

While he made some valid points, both about himself and Barkley, LeBron definitely stepped over the line. Barkley’s criticisms where about James’s persistent demands about needing new teammates, not so much his legacy. Such demands can understandably rub teammates the wrong way, as Tristian Thompson pointed out. Thompson said, “This is the team we have right now. That’s how you got to approach the game. You can’t go out there hoping somebody is coming to walk through the door. Play with whoever the hell we got right now, and let’s win some [expletive] games.”

Why LeBron is Wrong

LeBron James is understandably upset with all the criticism he faces on a daily basis. However, he should know how media and analysts will look to pick apart his every comment, especially one like this. He has to know that while he might be right in assessing team needs, it can easily be taken out of context depending on his phrasing. It doesn’t help him that his banana boat buddy Carmelo Anthony was being shopped by his own organization. By no fault of his own, people began connecting dots and assumed he meant something other than backups at critical positions.

As far as the whole Barkley thing goes, Chuck is definitely the last person to call LeBron out. As Shaq mentioned, he never went back to back, much less win a title. LeBron knows what he needs on his team to win and to overcome the Golden State Warriors. The Warriors boast a better offensive and defensive rating than they did last year. In addition, the have the extra playmaking of Kevin Durant – last year, teams could ignore Harrison Barnes and try to force him to beat them. But LeBron needs to keep his comments to exactly what Chuck said and nothing more. Bringing up old dirt isn’t a good look for the one they call “King James” and doesn’t suit his character at all.

There will be no apology will most likely be issued on either side. That’s fine. Both are grown men with equal right to their own opinion on how the Cavaliers should move forward. Charles Barkley, despite how annoying or outlandish he can be, is paid to commentate on what’s going on in the league. LeBron James might not like it, given that Chuck is speaking on his name, but those are facts. LeBron lashing out is a messy look, and one not befitting of someone of his character.