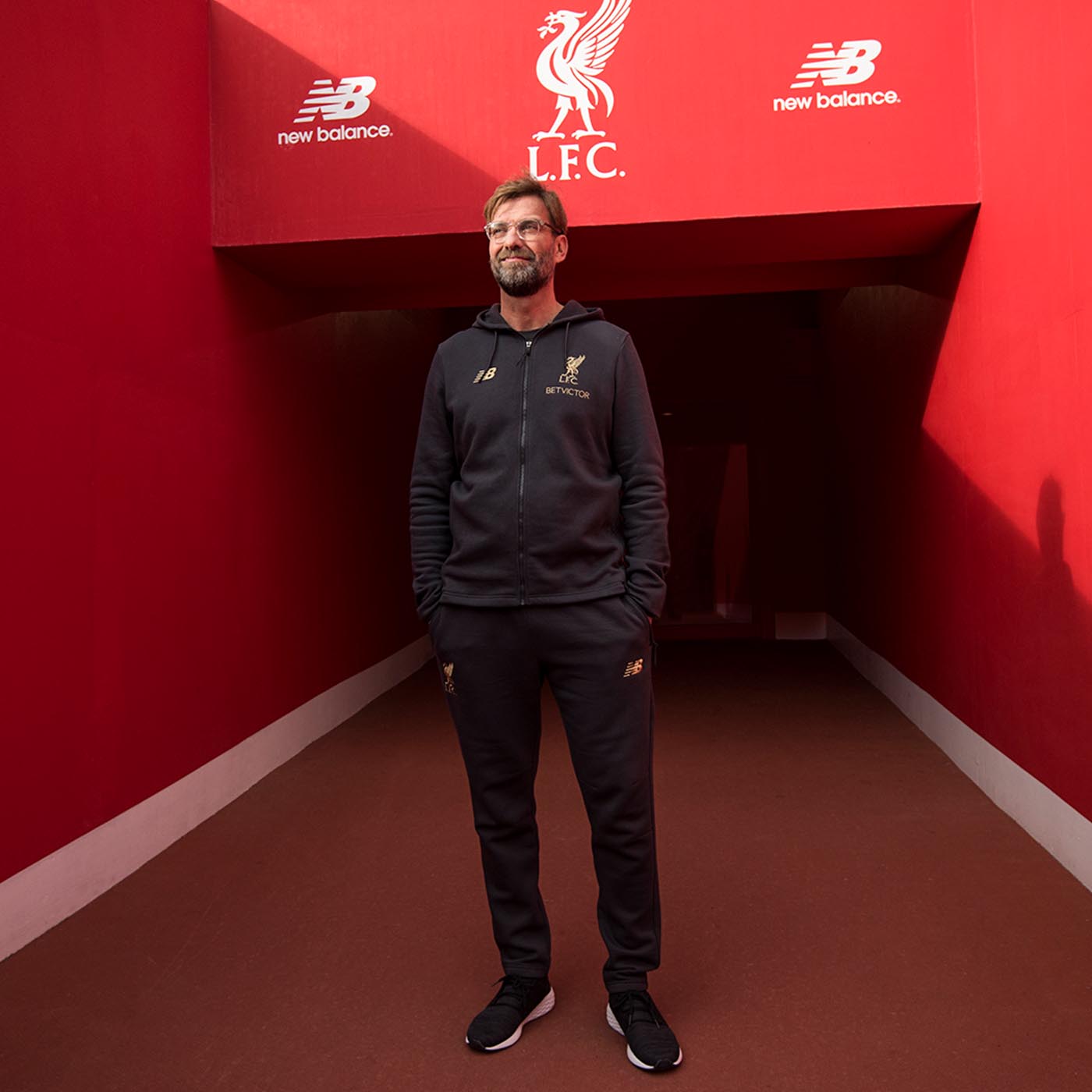 Jürgen will debut the brand new range at Wembley on Sunday 4th August as the Reds take on Manchester City in the Community Shield. Klopp will wear the new range on all domestic and European matchdays.

Featuring a heavyweight outer shell and technology to help combat the cold, the Manager’s jacket, which is in black marl will be visible on Klopp from the technical area.

The hoody and seamless tee are engineered to be lightweight and comfortable with a relaxed fit. The woven pants have been designed with a ‘Y’ elastic waistband for ease of movement, while the accompanying sweat pants are made with soft, brushed back fleece.

The jacket and gilet have been developed using NB HEAT.

Jürgen Klopp, Liverpool FC Manager and New Balance ambassador, said: “It’s really important for me to feel comfortable on a matchday. I worked with New Balance to create a collection that reflects my style and we’ve done exactly that. The Manager’s Collection lets me focus on the football no matter the weather, whatever the season – I look forward to wearing it in the new season.’

Kenny McCallum, General Manager at New Balance Football, said: “Jürgen Klopp had a fantastic end to the 18/19 season with Liverpool FC, and New Balance are proud to collaborate with him again on the Manager’s Collection. We’ve created a collection that allows him to perform at the very highest level and we hope it will capture the fans’ attention, both on and off the pitch.”