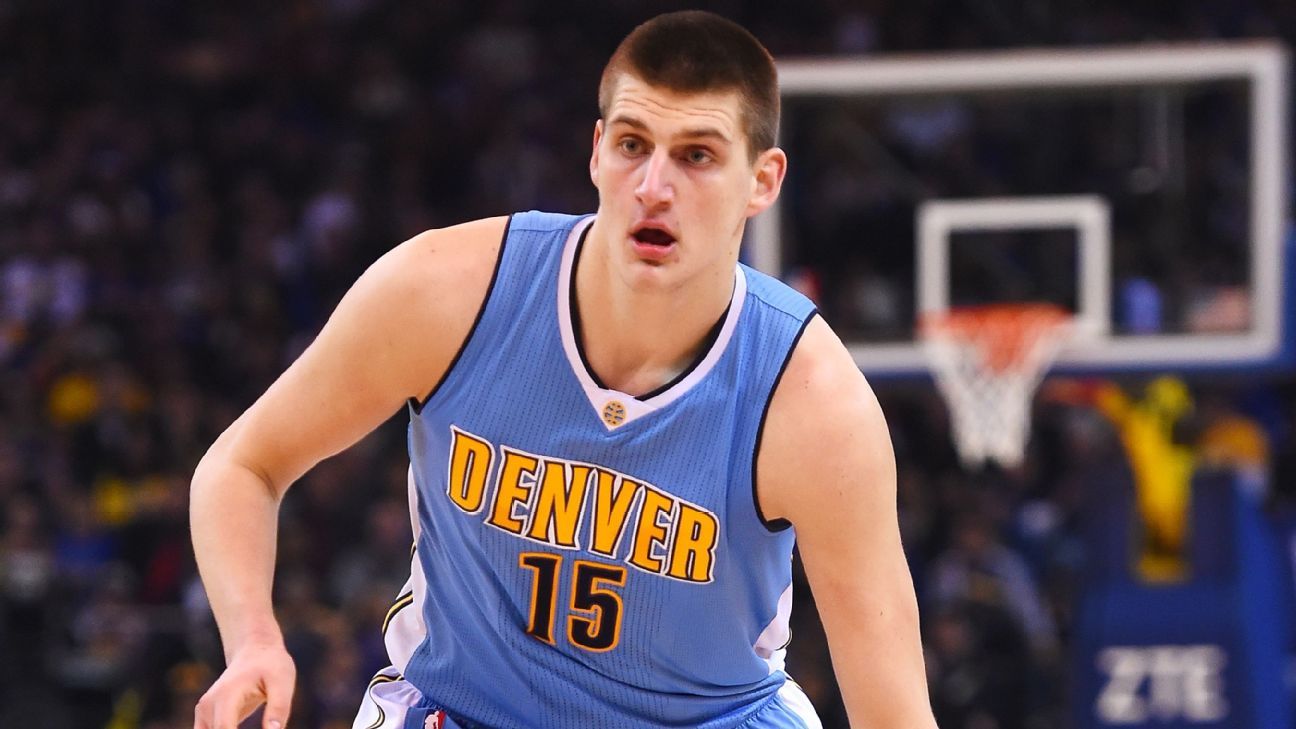 Good players on small-market NBA teams don’t become household names, great players do. Denver Nuggets Power-Forward Nikola Jokic isn’t great yet, but he may very well be on his way.

There’s a new era of big men being ushered in, skyscrapers in height that possess skill-sets of guards. Names like Kristaps Porzingis, Joel Embiid, and Karl Anthony-Towns have resonated off the tongues of fans and basketball gurus alike. Unbeknownst to many, Jokic is producing at a rate on pace with those aforementioned, and the league is taking notice.

Despite a 17-24 record, the Nuggets would be the eight seed in the Western Conference if the playoffs began today. Sure, it’s presumably early for playoffs, but Jokic is a big piece for this Nuggets team. On the season, Jokic currently averages 14.8 ppg, eight rebounds and nearly four assists per game. Jokic’s taking his game to new heights this month, averaging 24.9 ppg, 11 rebounds and nearly five assists in January. For the month of January, only three other players are averaging 20-plus points and 10-plus rebounds; Russell Westbrook, Anthony Davis, and Towns.

On one of the NBA’s youngest teams, Jokic has taken the reigns in his second year. At 6’10, Jokic combines post-play with precision passing that constantly lands him on highlight reels. Jokic can dunk and score with the best of them, but it’s his efficiency that has analytics experts reeling. At 25.77 PER, Jokic ranks 12th in the league at all positions. Of the 11 ahead of him, seven players will be starters in the 2017 All-Star game. Not to mention, Jokic’s 129.5 offensive rating is a league-best.

At a ripe 21 years of age, Jokic is years away from his prime. Through his rookie campaign and the beginning of the ’17 season, Jokic has balanced minutes with fellow big Jusuf Nurkić. Nurkić’s minutes are decreasing in light of Jokic’s surge of production, and rumors are circulating of the Nuggets possibly trading him. Which means more minutes for Jokic and more spotlight, especially if Denver can keep winning.

The goal is to get better, and in terms of rebuilding, the Nuggets have certainly found a gem in the Serbian big man. If Denver continues to put pieces around him, Jokic could become more than anyone imagined.