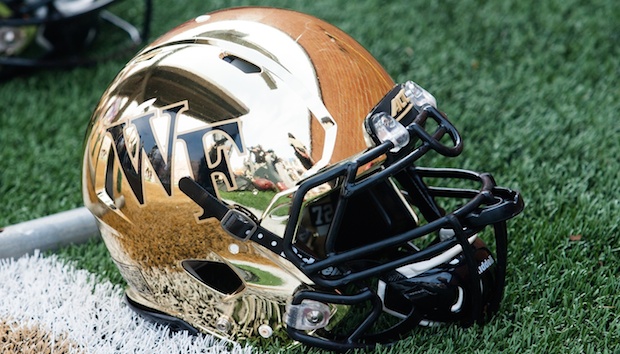 Wake Forest University lobbied Military Bowl officials to choose the school to play in the game, a member of the selection board said Friday.

“They really stood out to us though because during the bowl [selection] week … they lobbied to come here,” Michael McCartin, a member of the Military Bowl Board of Directors, said.

McCartin said Wake Forest’s mascot, the Demon Deacon, came to the Board’s office building as they prepared to vote on who to invite to the game.

“There was a knock at the door … and the Demon Deacon came walking in with a boombox on his shoulder, all dressed up, handing out ballcaps, … pom-poms and information packets and took pictures with everybody and then left,” McCartin explained.

Military Bowl officials place an emphasis on giving back to veterans as part of the game’s charity work. To fulfill this philanthropy, the Board gave a struggling veteran a check Friday to pay her rent for the next three months.

Wake Forest University also uses its athletic programs to give back. According to the university, its student-athletes donated more than 4,800 hours of community service from 2015 to 2016.

The Board selects one eligible team from both the Atlantic Coastal Conference and the American Athletic Conference to play in the Military Bowl.

Teams must have at least six wins and a winning percentage greater than .500 to be bowl-eligible.

“It was just … a very classy move and the thing that it demonstrated to us was that Wake Forest wanted to be here.”