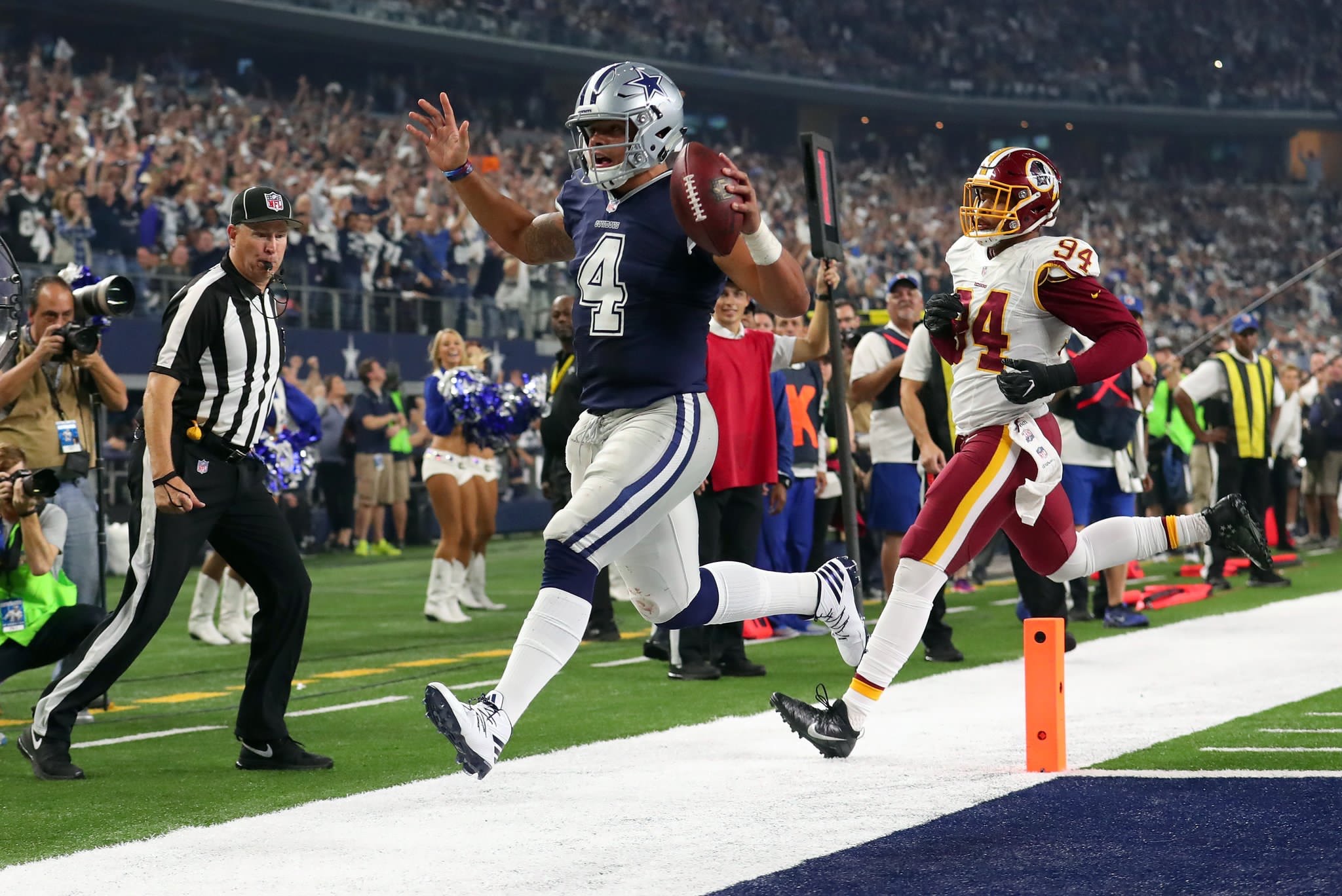 Football and Thanksgiving have been a tradition in America for as long as anyone can remember. Nothing is better than watching two divisional rivals face off and the game is very meaningful, in terms of the landscape of the playoffs and of course bragging rights. The Cowboys and Redskins game didn’t disappoint. Washington came into Dallas with a mission of defeating the hot cowboys who haven’t lost a game since September 11th. Unfortunately for Washington, they were defeated 31-26 despite giving Dallas everything they had.

For Washington, they had to take that long flight back home disappointed in themselves. Knowing that they could have won this game. However, after multiple red zone trips and only producing six points, it’s hard to win a game like that. Missing out on a potential 13 points is a killer. The Redskins must put this game behind them and focus on the Cardinals next Sunday. How did they come so close but come up short? Well Dallas eliminated Washington’s running game. The Redskins rushed for a total of 56 yards and made quarterback Kurt Cousins one-dimensional. Cousins finished the night completing 41 of his 53 pass attempts for 449 yards accompanied with three touchdowns. The problem is, anytime a team is making 50 or so pass attempts, they really put themselves in a tough spot to be victorious. Dallas head coach Jason Garrett mentioned that post game. Garrett mentioned anytime you can have your opponent passing about 50 plus times you put yourself in a great position to win.
Cousins throwing for almost 450 yards is something that caught the attention of Dallas. Washington also controlled the tempo of the game. They owned the clock for 33:24 compared to Dallas 26:36. The Cowboys know their defense isn’t the best and they win games by milking the clock and keeping their offense on the field. Despite Cousins’ great performance and clock management in their favor, they couldn’t leave North Texas with a victory due to some questionable decisions when it mattered most. At one point going into halftime, Washington burn significant time off the clock when they were in the red zone, due to indecisiveness on whether to take three points or go for a touchdown.

For everything that Washington did good, the cowboys must improve on. Their defense gave up a total of 505 yards which isn’t good. Cousins had his way expect for capitalizing in the red zone. For Dallas to continue their success, they must get better on the defensive end as they head into December. Dak Prescott finished the night 17-for-24 for 195 yards with one touchdown. Ezekiel Elliott rushed for 97 yards on 20 carries along with two touchdowns. That is what makes Dallas so scary. If they continue their success offensively  and can get better performances defensively, this could be the team to beat in the NFC.

Nonetheless, both teams can walk away with a few lessons learned. Washington, though there are no moral victories, can say they were in prime position to beat the best team in football. They must find ways to score more effectively in the red zone. Dallas realizes they have things to clean up as well. Prescott mentioned he never walks into a game not expecting to win. As a competitor, that’s the only way you should think. With that being said, Dallas must now focus on going up to Minnesota and defeating the Vikings who are currently imploding. Washington will get a chance to get things on track in Arizona against the Cardinals.