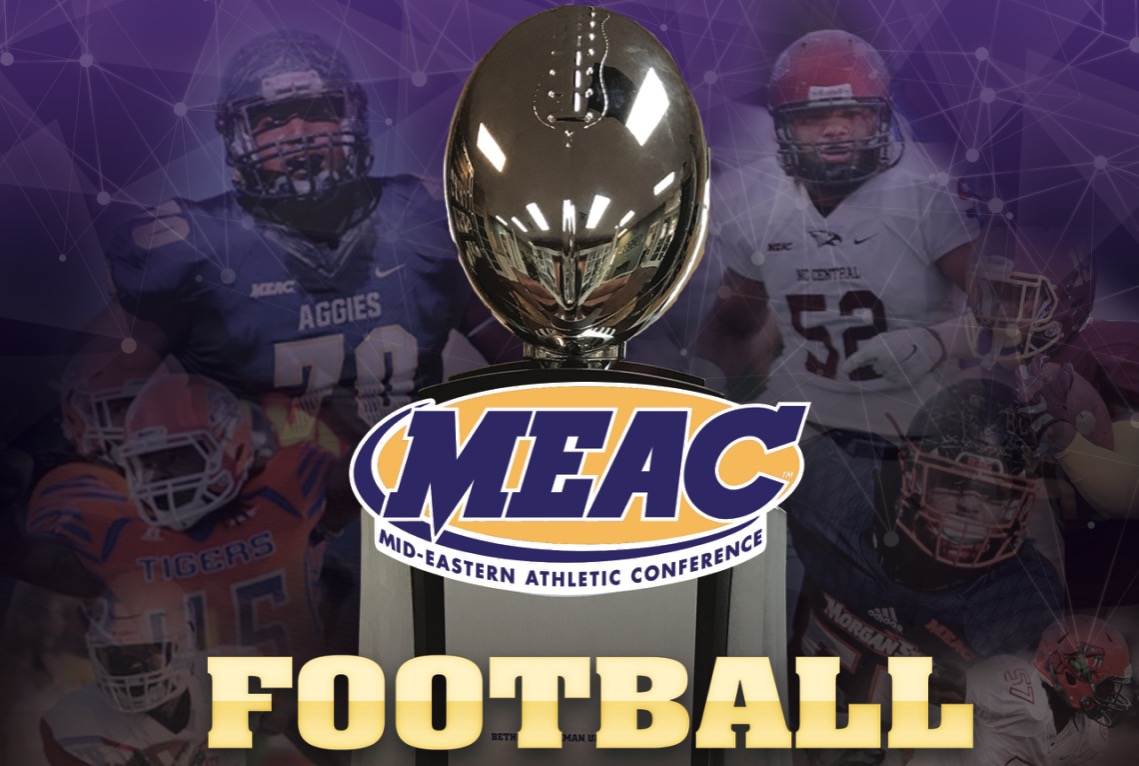 The 2017 MEAC Football Season is near its start. Last Season, North Carolina Central and North Carolina A&T destroyed everyone in sight. Both teams ended with 9-3 records with NCCU losing in the Celebration Bowl and NCAT losing to Richmond in the first round of the FCS playoffs. This year, the scene is a little different and some teams can break out. The league is slowly getting more traction with help by NFL draft selections, help from ESPN, and better gameplay. Things will be interesting.

North Carolina Central was picked to win the conference from a poll by MEAC Head Coaches and Sports Information Directors. NCCU was the first school to win the conference with no Co-Champions since Bethune-Cookman in 2012. Coached by Jerry Mack, the Eagles have 8 games within their state of North Carolina. Despite the dominance, North Carolina A&T was closely voted to return to their MEAC Title Crown as well. The NCCU and NCAT rivalry will be hot once again as both teams top the preseason poll.

ESPN and the MEAC will continue their partnership on ESPN U. The schedule will end with the 3rd Annual Celebration Bowl in December. The schedule will start with the SWAC vs MEAC challenge on September 3rd. Most games will be Live on ESPN3 and rebroadcast on ESPN U on the same night.

The National Football Foundation (NFF) & College Football Hall of Fame will be partnering with the MEAC for the 2nd consecutive year. The 60th NFF Annual Awards Dinner will be held on Dec. 5 at the New York Hilton Midtown. The 2017 MEAC Offensive and Defensive Players of the Year will be revealed at the dinner.

“This is a historic moment for the MEAC as our continued partnership with the NFF is truly significant,” – MEAC Commissioner Dr. Dennis E. Thomas