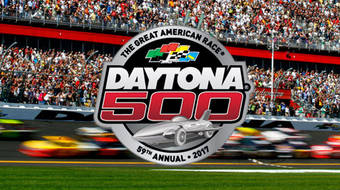 The 2017 NASCAR season is upon us as fans across the nation are ready to see the action unfold. This season though will surely be different than those in the past because of a handful of factors. New sponsorship, drivers switching rides, and “stages” are just a few things that have shaped up this season to be, nonetheless, unique. Let’s take a look at these changes and preview what’s in store for the 2017 Monster Energy Cup Series.

It was announced in the previous NASCAR season that Sprint would be stepping down as the top series main sponsor. Sponsorship as many know is what keeps NASCAR and their racing teams in business, so top officials had to do some work in finding a primary sponsor.

Monster Energy was signed on as NASCAR’s primary sponsor on December 1, 2016. The riskay brand quickly made its presence felt by spicing the sport up a little. The “Monster Energy Girls” replaced the “Sprint Cup Girls” and the most noticeable thing is the lack of clothes they are wearing. Another change made is NASCAR’s playoff round called The Chase, is no longer that. NASCAR officials along with Monster Energy’s elite are now calling this exactly what it is, the Playoffs.

Of all the changes that were made, the biggest was the new stages that are added to each race. The breakdown of this is simply:

Change can be good and it’s clear with the new sponsorship of Monster Energy, NASCAR is trying to revamp the sport.

Stewart-Haas racing made a shocking announcement that they would be moving from Chevrolet to Ford. The news broke last winter, but ’17 is when it went into affect. Over the course of their eight-year existence, all with Chevrolet, SHR won 36 races and two championships.

The move to Ford comes with a lot of uncertainty. The racing organization will be getting their chassis and equipment from Roush Yates Racing, just like Roush Fenway Racing and Penske Racing does. The uncertainty comes into play because RFR has not won a race in over two years. Penske, on the other hand, has had some success winning 27 races since moving over to Ford and using this equipment. However, the team only won two races in its inaugural year.

The bottom line is a switch in manufacturers can be risky. There are teams that reap rewards and others that fall by the wayside. Stewart-Haas Racing is looking to come in with a bang and make Ford dominant again.

Other races teams expanded this offseason. Rumors had been circling around Furniture Row since Martin Truex Jr took over in 2015. The racing organization has jumped on the scene in a big way winning five races in the last two years thanks to Truex Jr. Able to find sponsorship, Furniture Row signed 20-year-old Erik Jones to pilot the number 77 5-Hour Energy Toyota. While he is not racing a full-time schedule, only 22 races, Jones will gain an ample amount of experience and compete at a high level in good equipment.

In a similar move, JTG Daugherty Racing was able to gain another charter for their organization. The team quickly signed, now a second-year veteran, Chris Buescher to man the number 37 Kroger Chevrolet. Buescher, who won the 2015 Xfinity Series Championship, was a rookie in 2016 and made the chase. His 16th place finishes in the 2016 standings was the best for a car under Front Row Motorsports. Now in better equipment, Buescher will look to add onto his success from last year, as will JTG Daugherty Racing.

The NASCAR world was notified before the ’16 season that Tony Stewart was going to race one more season and call it a career. Smoke stepped down after the Homestead race in November and is now focusing on running his organization, Stewart-Haas Racing. Nobody expected what was about to come a few months later.

In January, 13-year veteran Carl Edwards announced he would be retiring from NASCAR. Just two years removed from signing a contract to drive for Joe Gibbs Racing, Edwards said he had other things in life he wanted to pursue. Edwards was in a position to win his first title last season. A late wreck at Homestead knocked him out of contention.

Another driver who has been a staple in NASCAR for the past fifteen years is also not driving in 2017. Greg Biffle didn’t retire, but a mutual deal between him and Jack Roush allowed him to become a free agent. Biffle said a few weeks ago that he is not retiring at the moment, but will take off this season and reevaluate everything.

Of all the moves in the offseason, the most interesting were all of the new faces that will be competing in the top series. Erik Jones was talked about earlier as he will drive in 22 races for Furniture Row Racing. However, he is not the only “young gun” that will be competing against the worlds best.
In a move that was announced a couple of months ago, Germain Racing decided to move on from 14-year veteran Casey Mears. Casey had been the pilot of the number 13 for Germain Racing since 2010. Replacing him is 24-year-old rookie Ty Dillon.

Wit the announcement of his retirement, Carl Edwards had a seat open in his former car. Joe Gibbs Racing quickly jumped on the opportunity to move their Xfinity driver and champion of that series in ’16, Daniel Suarez, to that empty seat. Suarez is in a great position to succeed not only because of the great equipment he is in, but because he has all-star teammates like Matt Kenseth, Denny Hamlin, and Kyle Busch.

Tony Stewart stepping down after the ’16 season was in place and announced before that season started. Another announcement made by Smoke himself was that Clint Bowyer would take over the number 14 in 2017.

In 2014, Clint Bowyer and the whole Michael Waltrip Racing organization was caught trying to alter a finish at Richmond, the race before the Chase started. This alteration was attempted so Bowyer teammate at the time, Martin Truex Jr, would gain the right amount of points to qualify for NASCARs playoff. 2015 rolled around and MWR announced that the team would be shutting down operations at the close of the ’15 season. Bowyer was able to latch on to HScott Motorsports last season, but it was not what he expected. He finished 20th or worse in 26 of 36 races.

Bowyer has a new lease on his NASCAR life as he joins an organization that has had an abundance of success for almost a decade. Clint will be driving with a chip on his shoulder to prove the naysayers wrong.

Now that we have covered the offseason and all that came with it, let’s jump into what will happen on the race track

First Half of the Regular Season

The first 13 races of the season are a mixture of many different race tracks. The circuit visits five one mile and a half tracks (Atlanta, Las Vegas, Texas, Kansas, Charlotte), three short tracks (Martinsville, Bristol, Richmond), two one mile tracks(Phoenix and Dover), two restrictor plate tracks(Daytona and Talladega), and one two mile track(California). The diversity of tracks is good and allows for a lot of competition and great finishes. Since 2012, an average of nine different drivers win the first thirteen races.

There are going to be two things that are a virtual lock in the first half of this season. Kevin Harvick will win at Phoenix. Harvick has won six out of the last nine races at the famed race track and the last three in the march race.

The second thing that is an almost guarantee is Kyle Busch will start off strong. Taking out the 2015 season because of an injury that made him miss most of the first half, Busch has been red hot the past five seasons in the first 13 races. Rowdy has collected 9 wins, 29 Top 5s, and 35 Top 10s.That same start awaits him this season.

Second Half of the Regular Season

The second half of the NASCAR regular season introduces some road course racing which has been very eventful the past half decade. The breakdown looks like this: Four two-mile tracks(Pocono twice and Michigan twice), two road courses(Sonoma and Watkins Glen), two short tracks(Bristol and Richmond), one restrictor plate track(Daytona), one two and a half mile track(Indianapolis), one one and a half mile track(Kentucky),one one and a third track(Darlington), and one one mile track(New Hampshire).

One thing that will happen in the second half of the regular season is simple. Jimmie Johnson will struggle a bit, and everybody will freak out and wonder if he is good enough to compete for the championship. Over the past three seasons, Johnson has had an average finish of 16th in the second half. On top of that, he has finished 30th or worse in a quarter of those races. The second half isn’t kind to Jimmie in the least bit.

Rounds one through three of the playoffs consist of three races. After each round, four drivers are eliminated until there are four left standing to duel it out at Homestead. Half of the tracks in the playoffs are a mile and a half tracks. That bodes well for drivers like Jimmie Johnson, Joey Logano, and Kyle Busch.