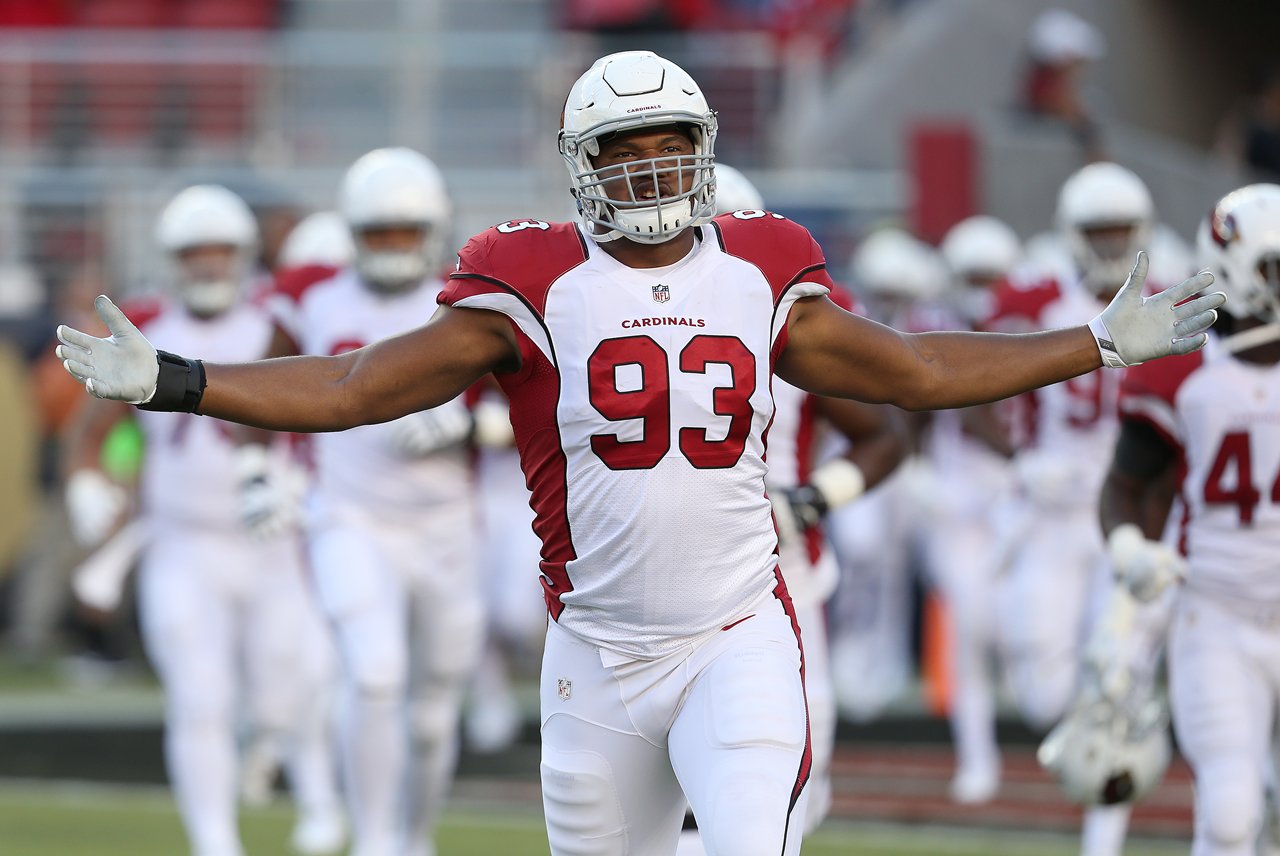 Day one of the 2017 NFL Free Agency period is complete. So let’s highlight which moves were good and which ones were not.

The NFL Free Agency period officially began at 4:00 PM EST on Thursday. However, many of the festivities began leading up to the official start. Many moves were made on day one. Some that changed the perception of some teams. Other moves that were made left many with confused looks. Determining “winners” and “losers” after just one day is a little complex. So instead, I will pinpoint key moves made that looks good initially and point out the ones that has question marks written all over it. Let’s get started.

WR DeSean Jackson, WSH to TB, Deal: Three years, $35 million, $20 million guaranteed – The Tampa Bay Buccaneers needed a deep threat to take some pressure off receiver Mike Evans. Well, here it is. The Bucs offense gets an electric receiver in Jackson, who has topped 15.6 yards per catch in eight of his nine season as a pro. Third-year quarterback Jameis Winston should smile a little harder nowadays. The Buccaneers will have one exciting offense this upcoming season.

S Tony Jefferson, ARZ to BAL, Deal: Four years, $36 million – One year after the Ravens signed a veteran free safety in Eric Weddle, they address the position next to him. The haul of Tony Jefferson may go unnoticed by a lot, but the Ravens inked a deal with a young safety that will give Baltimore a very solid safety duo. Jefferson is a solid run defender with plenty of athleticism to be reliable in pass coverage. It won’t be long until many are aware of how good Jefferson is and how much better the Ravens defense is because of him.

G Kevin Zeitler, CIN to CLE, Deal: Five years, $60 million, $31.5 million guaranteed: Zeitler does not have to move far as he trades in the Bengals stripes for the Dawg Pound. Zeitler will be slotted at right guard and his presence aids the run game in Cleveland immensely. The fact that the Bengals did not even offer Zeitler was a very puzzling move. Zeitler has started 71 of his 72 career games and helps address a critical need for the Browns.

WR Brandon Marshall, NYJ to NYG, Deal: Two years, $11 million, $5 million guaranteed: It’s a small deal, but it may turn out to be one of the most impactful. The Giants released veteran Victor Cruz weeks ago and bringing in Marshall bolsters an already strength for the Giants. Teams will have difficulty covering the trio of Marshall, Odell Beckham Jr., and Sterling Shepard. A big receiver who still has juice on a relatively cheap deal. Job well done Giants.

G Ron Leary, DAL to DEN, Deal: Four years, $35 million, $20 million guaranteed: Everyone who watched Denver games this past season knew that the offensive line needed plenty of improvement. Signing a guard such as Leary does just that. During this past season, Leary started 13 games for Dallas and did not allow one sack. Broncos general manager John Elway reels in another signing free agent with the ability to be a very good starter.

WR Alshon Jeffrey, CHI to PHI, Deal: One year, $14 million: The Eagles may have hit the jackpot with this signing. Not only does Philadelphia help out their young franchise QB in Carson Wentz. It was also done efficiently with the price tag. This technically makes this upcoming season a “contract year” for Jeffrey. If he provides excellent production, the Eagles will make it a priority to re-sign the big receiver. If he does not, the Eagles will simply let him walk with no impact on their cap space. Things are quite interesting in the city of Brotherly Love.

CB Stephon Gilmore, BUF to NE, Deal: Five years, $65 million, $40 million guaranteed: The mad genius that is Bill Belichick is at it again. Belichick gets a very solid corner in Gilmore at a solid price. Plus, the acquisition of Gilmore takes away a defender from a division rival. Gilmore fits the scheme in New England and the aggressive corner will make Belichick look like, well, a genius.

LT Russell Okung, DEN to LAC, Deal: Four years, $53 million, $25 million guaranteed: So the Chargers decide to bring in an injury-prone offensive lineman who will soon hit the “wonderful” age of 30. They also spruce up the contract so Okung gets a solid deal. It’s not a good signing simply because his uncomfortable injury history. Not only a ton of money but a ton of expectations fall into the lap of Okung.

LT Matt Kalil, MIN to CAR, Deal: Five years, $55 million, $25 million guaranteed: If the Panthers wanted to protect quarterback Cam Newton better, this move here solve that issue. Kalil missed all but two games in 2016 and his injury issues that has robbed his skills. His inconsistencies are also evident $55 million dollar price tag.  Thrusted on his shoulders is a ton of pressure.

QB Mike Glennon, TB to CHI, Deal: Three years, $45 million, $18 million guaranteed: 21 career games plus 30 career touchdowns equals a fat contract. Now Glennon is the penciled in starter in Chicago with the team moving on from former QB Jay Cutler.  This is a large amount of money for a guy with a career record of 5-13. Not to mention he has very few weapons around with the Bears losing their top receiver Alshon Jeffrey. This smells similar to the Texans’s big contract given to Brock Osweiler last offseason. We all know how that turned out.

WR Kenny Britt, LAR to CLE, Deal: Four years, $32.5 million, $17 million guaranteed: This one is weird because the Browns have a free agent in house, WR Terrelle Pryor, who is also seeking a nice payday. Britt is coming off his 1,000-yard season during his eight year career. This move makes you wonder if the Browns covet Pryor. Britt is solid but if Pryor walks away, Britt may not be WR1 material.