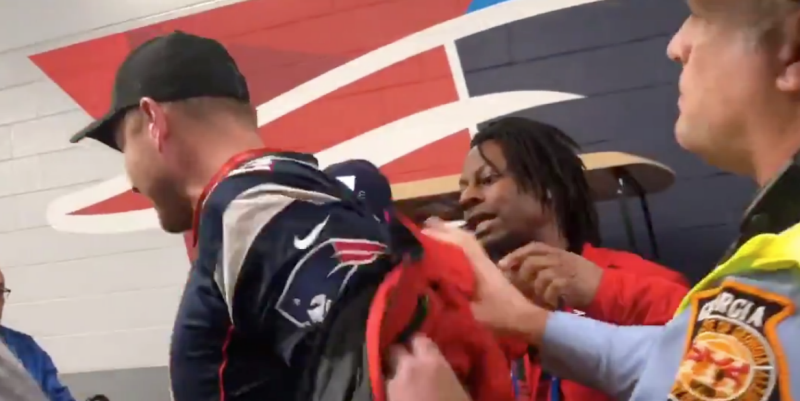 As the New England Patriots were celebrating their sixth SuperBowl, win the security staff at the Mercedes Benz stadium was keeping an overzealous fan out of the locker room.
The Super Bowl is one of the most heavily secured sporting events. A testament to this is that earlier in the week reports come out the that New York Giants rookie RB Saquan Barkley was refused access for not having the proper credentials. It has been reported that a Patriots fan has been taken into custody at the time of this article. It is not clear if he will be charged with a crime. Our Super Bowl reporter and bystander Sheena Quick was able to capture a video of the Patriots fan being apprehended by security.