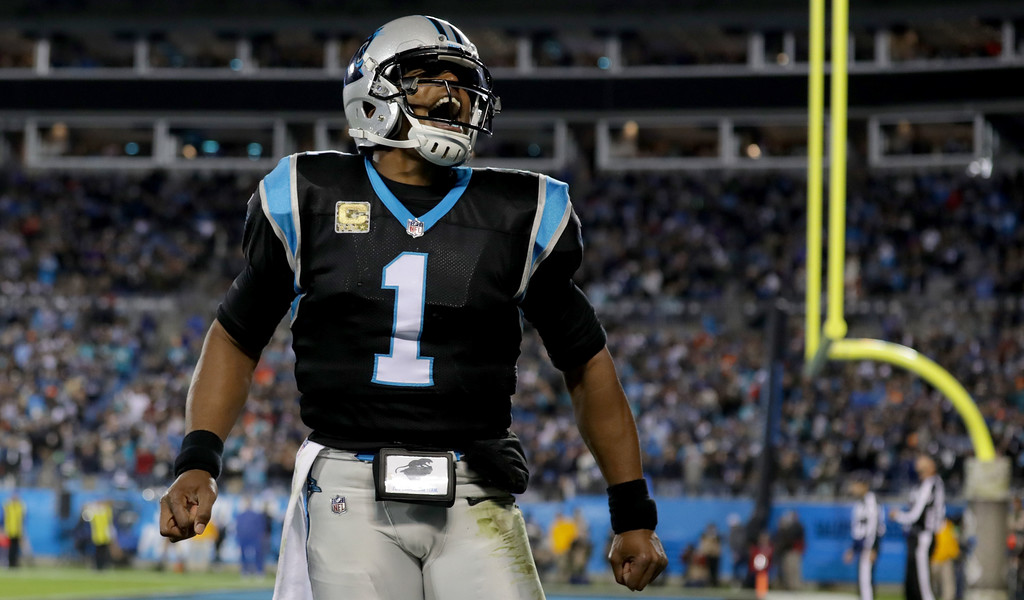 The Carolina Panthers have won three in a row improving to 7-3. Additionally, Cam Newton is playing “MVP” like.

CHARLOTTE — His smile was as big as the Carolinas as the stadium lights shined down on the franchise quarterback. Panther fans were heard throughout Mecklenburg County as they cheered loudly. This feeling had a 2015-ish feel to it.

Nonetheless, it’s Week 10 in the 2017 season and Carolina Panthers quarterback Cam Newton is playing at an elite level. The Panthers torched the wayward Miami Dolphins, 45-21. And for Newton, his personal stats didn’t matter. His goal is to make his offense just as good as the top-rated defense.

“Our job is to put up points,” Newton said to reporters post-game in Charlotte. “For us to get that done especially in front of our home field, it does us a good service.”

Newton finished the night completing 21 of his 35 pass attempts for 254 yards and four touchdowns. In addition, Newton rushed for 95 yards. The Panthers run game is clicking now. Carolina had back-to-back games rushing for 200+ yards for the first time in franchise history. Yet, Newton said more can be done.

“Those are great accolades,” Newton said. “But I feel as if we still scratching the surface with our potential and things that we can do as a whole in this offense.

Panthers head coach Ron Rivers said this game can be building block for the second half of the season. The Panthers are heading into their bye week at 7-3 on the season. Now the question is how will this group maintain their momentum? In addition, their upcoming schedule is challenging to say the least.

After playing the New York Jets after Thanksgiving, Carolina will face the Saints, Vikings, Packers, Bucs, and Falcons. In other words, their fate is in their own hands.

One thought on “A Smiling Cam Newton Equals Success for Panthers”