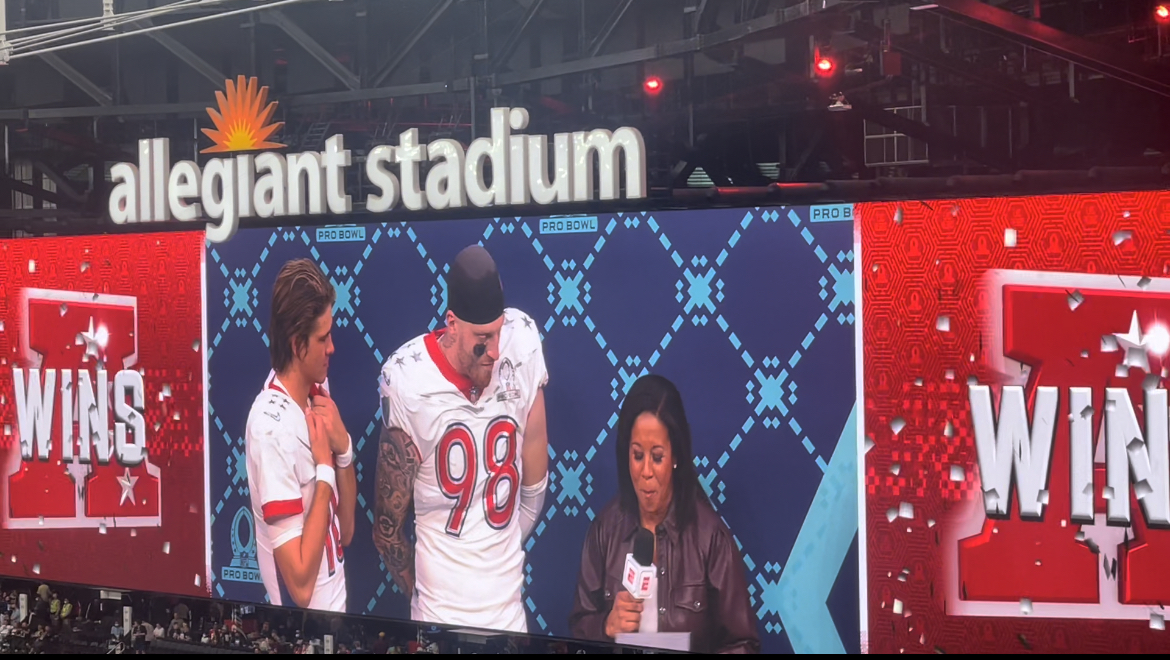 When it comes to the Pro Bowl, no one expects hard, helmet-rattling hits. However, fans sounded off on what turned out to be a game of touch-football. Nevertheless, the all-stars of this season descended upon Las Vegas for a week of activities, culminating in a 41-35 win for the AFC. Although it’s very logical that the game won’t be extremely physical, fans at least hoped for a competitive game and many took to Twitter to air out their disappointment. Current and former NFL players joined in, with tight end legend-turned-analyst Shannon Sharpe calling the game “embarrassing.”

R they not tackling anymore in the Pro Bowl? I’m sorry but this isn’t football. I’ve played in this gm numerous times and I LOVE the NFL, but this is embarrassing

Why don’t they make the pro bowl flag football? They aren’t tackling at all and It really would be more entertaining seeing them pull flags. Take the pads off and just play flag.

Tackling in the Pro Bowl pic.twitter.com/HICSZUE15Q

How they be tackling each other in the #ProBowl pic.twitter.com/at4xHV1iqG

When all was said and done, Las Vegas Raiders defensive end Max Crosby and Los Angeles Chargers quarterback Justin Herbert were named defensive and offensive MVPs of the game, respectively. As a result, the two each earned $20,000 donations their charity of choice; taken from a list supported by the NFL Foundation. There were different levels of donations for a number of in-game accomplishments.

New for the Pro Bowl: @nflfoundation is implementing an incentive program for the charitable causes of the players. Each player who is recognized for an in-game accomplishment may choose a charitable cause from among the charities the foundation supports at these levels pic.twitter.com/8iYlLfKhyr

So while the game may have lacked “intensity”, players got to support good causes, fellowship with their fellow players, and come away from Sin City injury-free.