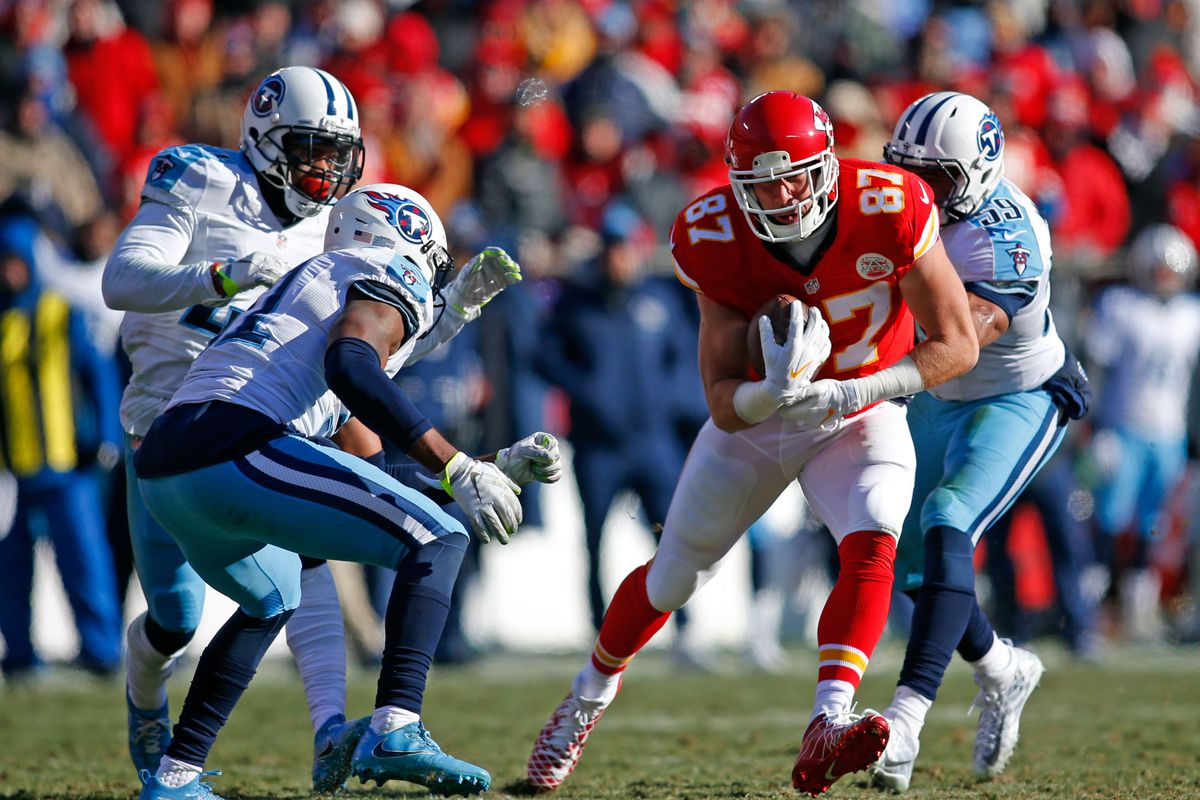 The first matchup of the NFL playoffs pits two AFC squad with a few similarities. Here is the preview for the Wild Card round contest between the Tennessee Titans and the Kansas City Chiefs

After 17 weeks of play and a quite entertaining final week of the 2017 regular season, we have now reached the NFL playoffs. The battle to kick things off showcases the AFC West champion in Kansas City and a 9-win Tennessee team that surprised some by even being at this point. Will the rugged Chiefs come out victorious in a home playoff opener or can the young Titans spark an upset in the electric Arrowhead Stadium atmosphere? Let’s preview.

You can say that the Titans somewhat crawled their way into the playoffs. The Titans entered week 17 on a three-game losing streak and was needed of a win in the season finale against the AFC South leading Jacksonville Jaguars. Well, they got albeit it was not easy by any means. Third-year quarterback Marcus Mariota is the man with the plan for the Titans on offense but his 2017 season is a forgettable one. Mariota only posted 13 touchdowns with 15 interceptions this season and this comes after throwing 26 touchdowns last season. The offense relies mainly on their run game and former Heisman Trophy winner Derrick Henry led the team in rushing with 744. Veteran running back starter DeMarco Murray has an MCL tear but his presence in this could be vital as well for the Titans run game.

On the defensive side of the ball, the Titans feature a top-5 rushing defense and have only allowed five rushing touchdowns on the season. Defensive tackle Jurrell Casey plays an instrumental part in that success for the Titans and has posted 41 tackles and six sacks on the season. The combination of outside linebackers Brian Orakpo and Derrick Morgan have 14.5 sacks between them this season while free safety Kevin Byard has eight of team’s 12 interceptions on the season. What has been impressive about the Titans this season on defense is their ability to take away the opponent’s run game. Tennessee was fourth in the NFL in rushing defense (88 ypg) and first in rushing touchdowns allowed with just five.

A four-game win streak to close out the season wrapped up the AFC West division title for the Kansas City Chiefs. Suddenly, we forgot that this was a team that was 6-6 at one point after a road loss to the New York Jets and on the verge of missing the playoffs completely. The outstanding play of quarterback Alex Smith was overshadowed over the course of the season as he tossed for 26 touchdowns, just five interceptions, and completed 67.5% of his passes. Smith reached personal career-bests in touchdowns passes, completion percentage, and passing yards (4,042). His backfield mate, rookie running back Kareem Hunt, led the NFL in rushing this season and is a superstar in the making. The two were a massive component to why the Chiefs were sixth in the NFL in scoring offense (25.9).

The woes on defense this season has been quite evident and a lot of it can be attested to key injuries on that side of the ball. Outside linebacker Justin Houston was his normal, menacing self with 9.5 sacks while cornerback Marcus Peters continued to display why he’s one of the best in the league at the position. During this four-game win streak for the Chiefs, the defense forced 12 total turnovers. In the Chiefs six losses, they accumulated a grand total of two turnovers. So for a unit that has given up a fair share of yards, the takeaways has played a major part in the unit’s success this season.

A playoff game in Arrowhead Stadium is one of the best atmospheres in the NFL, bar none. The crowd will be loud, raucous, and will present a very complex challenge for the young, playoff-fresh Tennessee Titans. In order for the Titans to get a road victory, they will have to go with what brought them to the party: a physical run game.

For the Chiefs, Smith, Hunt, tight end Travis Kelce, and receiver Tyreek Hill form a formidable core that is capable of putting up a few points. In each of the past five games, the Chiefs have scored at least 26 points per contest and have topped that total in 11 games. The Titans have to find a form of consistency on offense in order to keep themselves in this contest. The thing is, for an offense that has not done that lately, along with a team that has not had a ton of playoff experience, that may be too tall of an order.