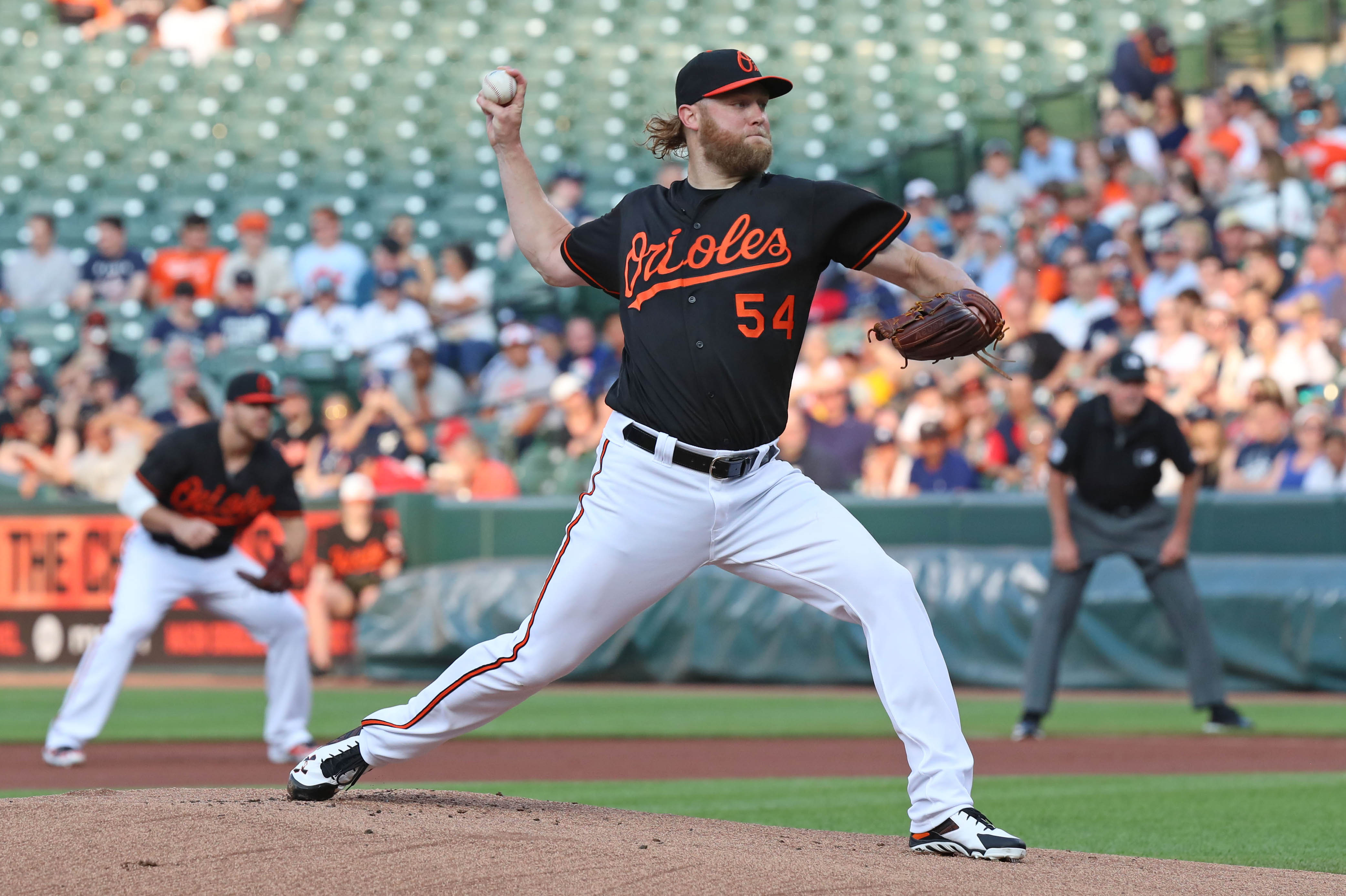 BALTIMORE — Baltimore Orioles starting pitcher Andrew Cashner had a good outing last night in the first game of the weekend series vs the New York Yankees. Unfortunately, like most times this season, the Orioles failed to give Cashner much run support.

“I don’t focus on the offense,” said Cashner. “My job is to make pitches. They’ll turn it around. I believe in all the guys that are here.”

It’s just a matter of putting the pieces together. Cashner went six innings giving up three runs on nine hits with a walk and four strikeouts. It may not seem like a great start, but giving up three runs to the team that’s second in the league in total runs scored is a good night in any baseball fan’s eyes. Although, Cashner does fall to 2-7 on the season with a 5.02 era. That now makes Cashner the third Orioles starter with seven losses.

But it’s obvious you can’t fault Cashner in this loss. Despite dealing with a bases loaded jam in the top of the third, Cashner still managed to get out of the inning allowing just one run while striking out the Yankees star power hitter Aaron Judge and forcing the reigning NL MVP Giancarlo Stanton to ground out.

“I was really trying to get a double play there,” said Cashner. “It didn’t really go my way but I was able to get out of it.”

Cashner’s only mean of run support last night was Manny Machado‘s solo home run in the bottom of the first inning. This doesn’t come as a surprise to Cashner. The Orioles are second to last in the league in total runs scored. Not only that, but Cashner has the lowest run support per nine innings (2.58) out of all the Orioles starting pitchers.

Yet, Cashner gives praise to his teammates like Machado.

“He’s our star player,” said Cashner. “That’s what star players do. It’s pretty fun to watch him every night. It’s Pretty crazy how good he is.”

No matter how well Manny Machado is playing, the Orioles need to hit well as a team. But that seems to be a ways off, unless some fire is lit under them. The Orioles are ranked 27th in average, 29th in on-base percentage, and 26th in slugging percentage – all leading to the MLB’s worst record of 17-40. But Cashner still has hope for the team.

“It’s been difficult but you just have to show up and try to win today,” said Cashner. “You just have to keep picking each other up and grinding each day.”

The team has the worst record in baseball and it’s hard to play much worse than they currently are. There’s nowhere to go but up from this point, right? The Orioles can surely hope so.