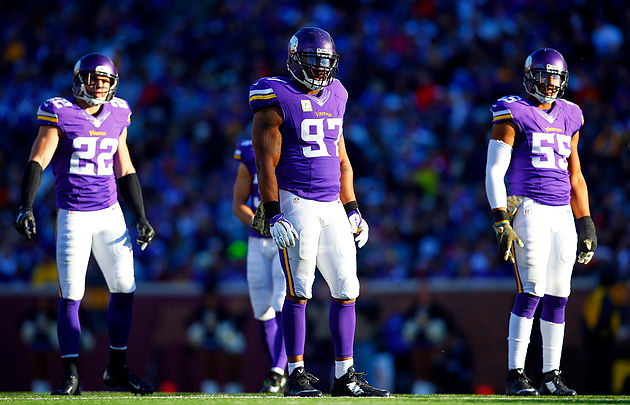 After losing QB Teddy Bridgewater to a season-ending ACL tear and RB Adrian Peterson to a torn meniscus injury, the Minnesota Vikings have surprised the entire league by remaining the only unbeaten team in the NFL after five weeks. Desperate for a win now situation, the Vikings acquired the 2010 first overall pick QB Sam Bradford from the Philadelphia Eagles for a first-round pick in 2017 and a fourth-round pick in 2018. Many thought this was a terrible decision by the Vikings front office because Bradford has been known for being injury prone. In six seasons, Bradford has only played in two full seasons. Many thought this would be a rebuilding season for the Vikings, except the Vikings roster and staff.

In just 15 days on the Vikings active roster, Bradford made his first start against theGreen Bay Packers and never looked back. In his 4 games as the Vikings starter, Bradford had thrown for 990 yards, six TDs, 0 turnovers and has completed 70 percent of his passes for a 109.7 QB rating. As Bradford took control of the Vikings offense, theVikings defense has emerged as possibly the best defense in the NFL. On the season, the Vikings have allowed 287.6 yards per game (4th in the NFL), 19 sacks(tied for 1st overall), 12 takeaways (tied for 1st in the NFL) and 12.6 ppg allowed (1st overall). The Vikings are on a bye week for week six at 5-0 and have already beat three of their toughest opponents in the Green Bay Packers, Carolina Panthers, and the Houston Texans.

Following week five, the Vikings are at the top of most power rankings as they continue to prove to the haters, critics and doubters that they are for real and not just a hot team. Despite preseason predictions, the Vikings not only stand as favorites to win the NFC championship but may be Super Bowl contenders in the making. Are they good enough to win their first Super Bowl title in franchise history? The answer is absolute. The only people that can slow down the Vikings right now are themselves. They cannot get lazy or comfortable and have to play every game like it’s a playoff matchup. The Vikings still have a chip on their shoulder from last season when kicker Blair Walsh missed a 27-yard field goal with 26 seconds left in the game, which would have given them a 12-10 lead over the Seattle Seahawks.

The last time the Vikings started the season 5-0, they went to the NFC Championship in 2009. Minnesota is on a mission and the rest of the league has taken noticed. Will they be on the biggest stage of all February 5 in Houston, TX or will they have another heartbreaking season? Only time will tell.