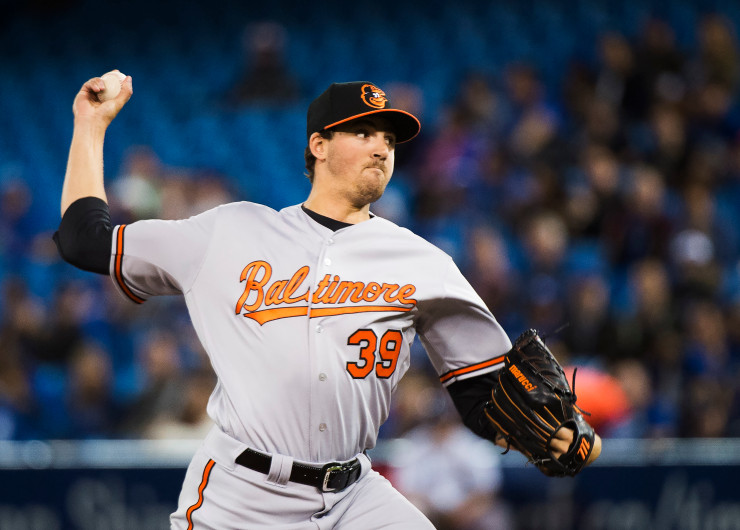 Pitchers and catchers have reported for Spring Training in Sarasota, Florida and the Baltimore Orioles will begin their season with a few available spots in the rotation.

One hole that won’t be available is the spot of Kevin Gausman. He has reportedly agreed to avoid arbitration, signing a one-year deal with the Orioles.

The Orioles have agreed to terms on a one-year contract for 2018 with RHP Kevin Gausman, avoiding arbitration.

According to Jon Heyman of FanRag Sports, Gausman’s deal will be worth $5.6 and Roch Kutbako of MASN Sports adds that finances on the deal can be increased through incentives.

There it is. Can earn up to a couple hundred thousand more via bonuses/incentives #orioles https://t.co/ZlUF1UKbZH

Though position players other than catchers aren’t required to be at camp yet, a few players have shown up early. Baltimore center fielder Adam Jones, third baseman Tim Beckham and outfielder Anthony Santander have reported to camp.

As for uniform numbers, Gausman will honor the late-great Roy Halladay by wearing no. 34 this season and Harvey will take over Gausman’s former no. 39. Wright will wear 28, Jaycob Brugman 38, Luis Sardiñas 3, Cedric Mullins 70, Jayson Aquino 64, Mariñez 52, Edgin 55, Susac 27, Wynns 29 and Garner 68.