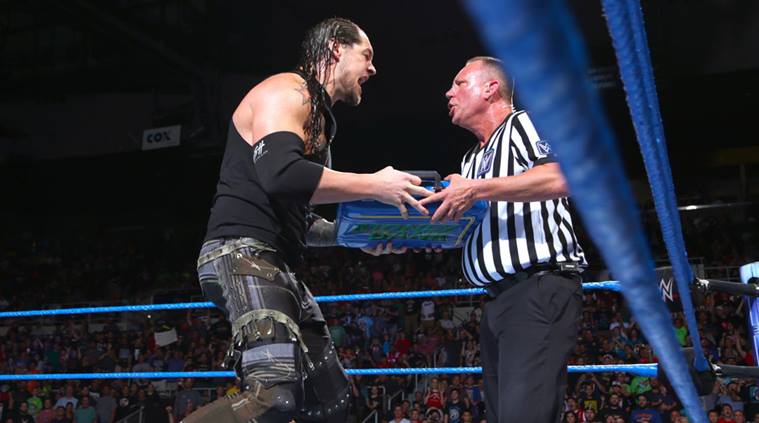 On SmackDown Live was a memorable not for all the wrong reasons. It was historic because it was the first time since John Cena took on Jinder Mahal for the first time. However, the main event turn took an interesting turn and here are my overall thoughts.

Corbin waited for Mahal to get to his feet but Cena got back in the picture as he was in on the apron. The lone wolf Corbin gave a punch to Cena as he got knocked off the apron. As a result, Mahal capitalized as Corbin was distracted and Mahal was able to defeat Corbin via a roll up pin in order to retain his WWE Championship. This result made Baron Corbin looked extremely weak and irrelevant in my opinion.

Baron Corbin had unlimited potential and the Money In Bank briefcase is exactly what he needed. The company at the time did a great job, at building him as a bully with the briefcase with the ability to cash in his briefcase at any time. However, now all his momentum is gone instantly and it will be very intriguing how the WWE restart his build up moving forward.

It will be very interesting to see what the WWE will do with Baron Corbin moving forward. Corbin will struggle to rebuild his momentum he once had its a shame. He hasn’t got the credit he deserves he is good in the ring but he needs significantly important on the mic.