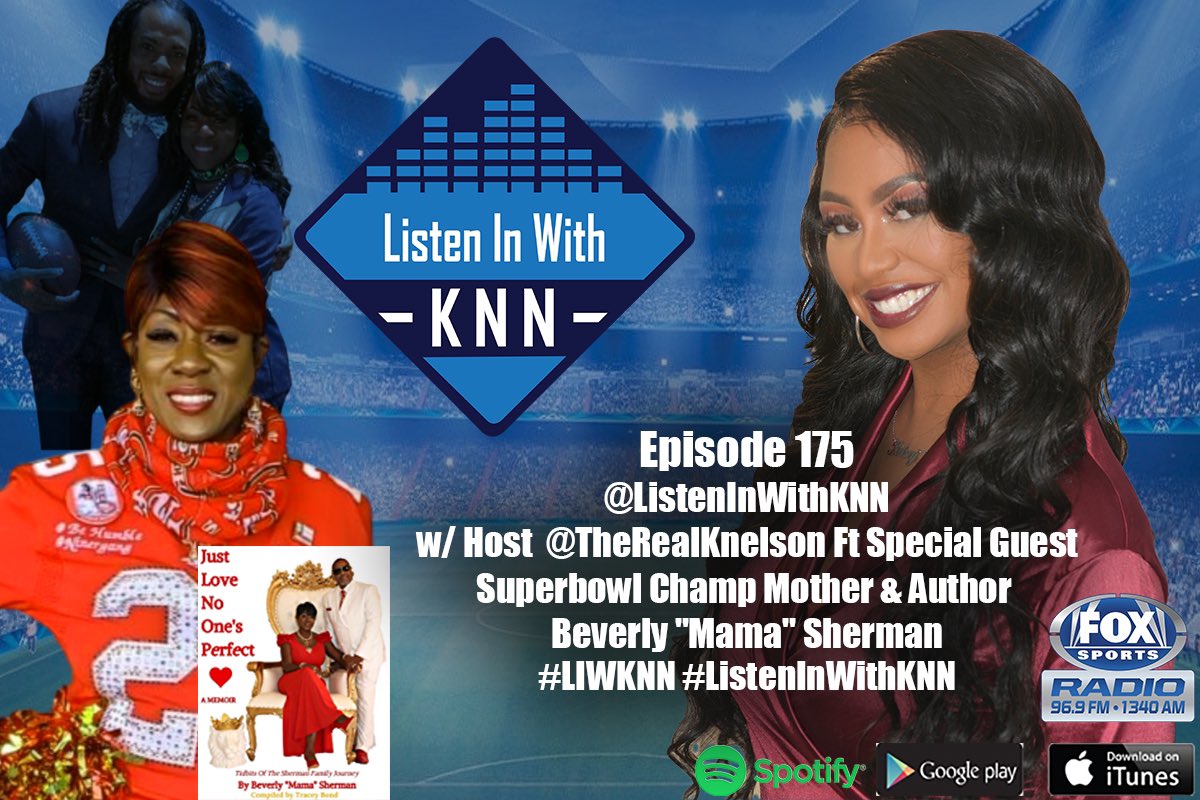 Recently, she became a first author when she published her book called Just Love No One’s Perfect. In the book, Sherman offers some tidbits of her family’s journey and to leave a legacy for her grandkids.

“None of us are perfect and people aren’t gonna always get along. We should really try hard because that’s what God wants us to do. Just wanted to have something down that they like so they can see the type of person and the things that we went through in this world as we were coming up. Just have a little fun with it,” said the mother of the All-Pro cornerback.

What Sherman wants people to take out of this book is to be more loving to one another.

As a result, the book was ranked number two and three in the football biographies category on Amazon. The book was originally supposed to be dropped on Mother’s Day but was released a week before. It was a blessing in disguise as it allowed people to purchase the book as a Mother’s Day gift.

“I wanted to promote it and let people know that you can get the book now if you want to buy it as a gift for your mom or wife. Just to make it to the best seller list is huge,” Sherman said.

When her three kids were growing up, she taught them to be disciplined, obedient, respectful and good people. Additionally, Sherman would stress the importance of education and needed them to pay attention in class, focus and get every ounce of information that their teachers gave them. Her son Richard took that to heart as he graduated from Dominguez High School second in his class and then went on to graduate from Stanford University.

“I constantly got on my kids about that making sure that they were good students. He’s (Richard) done well for himself and I’m proud of him because it’s not just about sports, it’s about getting a great education if you can. Education is very important,” she said.

When her son was drafted and signed with the Seattle Seahawks in 2011, the fans noticed her being friendly and outgoing and could talk to her. As a result, they started calling her Mama Sherman and then she called her husband Papa Sherman. At that time, Beverly Sherman considered herself as a team mom.

“I said, ‘I don’t believe that there is a such thing as a team mom in the NFL but I’m happy and honored that you asked.’ I was very honored and happy to even be thought of like that. My husband really didn’t care for the spotlight. We were a team,” she said.

Also, Sherman is also the CEO and founder of Mama Sherman’s Love Caring and Sharing, Non-Profit Group Inc. She would put together a care package that consisted of toiletries, bath wash, toothpaste, toothbrushes, socks, towels, water, deodorant and a few snacks to give to people living on the streets.

“I feel bad for people on the street like that but not all of them want these items. I’ve been turned down on occasion. What I do before I just jump out and give it to them, I will ask them, ‘are you okay blessing you with a care package?’ and they’ll say yes or no. It’s just a small gesture of giving.”