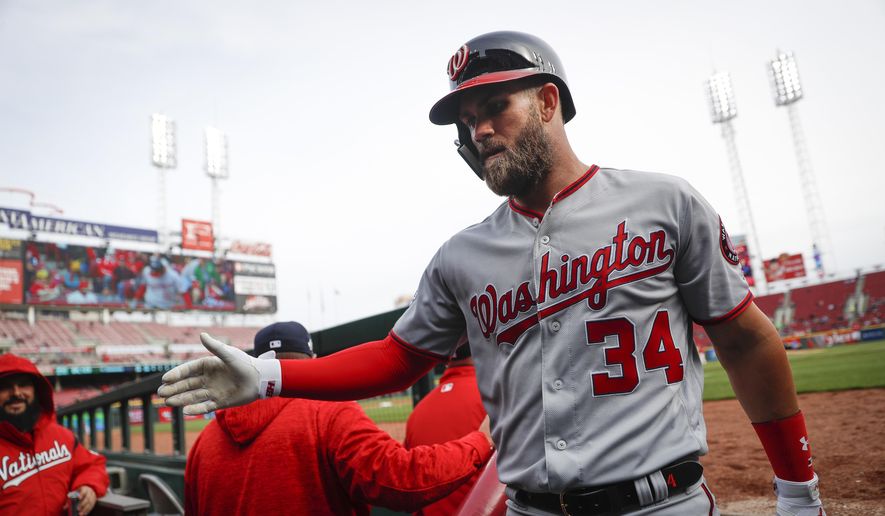 Bryce Harper is off to an excellent start so far in 2018 and is showing no signs of slowing down.

There are a lot of stats you could point to that show that Bryce Harper is off to a hot start offensively this year.

“Bryce is a great hitter. He’s getting even better. It seems like the plate discipline becoming even more.”    – Howie Kendrick

Also encouraging is his high walk rate, which while unlikely to stay over 30 percent could be a sign that we could see a career high walk rate for Harper this year. Whether this is just an effect of his hot start offensively (pitchers tend to pitch around hot batters) or an indication of a keener eye at the plate remains to be seen.

All of these stats point to the fact that Harper may be due for a big 2018 season. After struggling with injuries the last two seasons, Harper could be in for a great season this year. This being his free agent walk year and the with a narrowing window of contention for the Nationals, early signs are showing that Harper might be on track for an MVP caliber season.

Don’t read too much into it, but don’t be surprised if he keeps this up either.