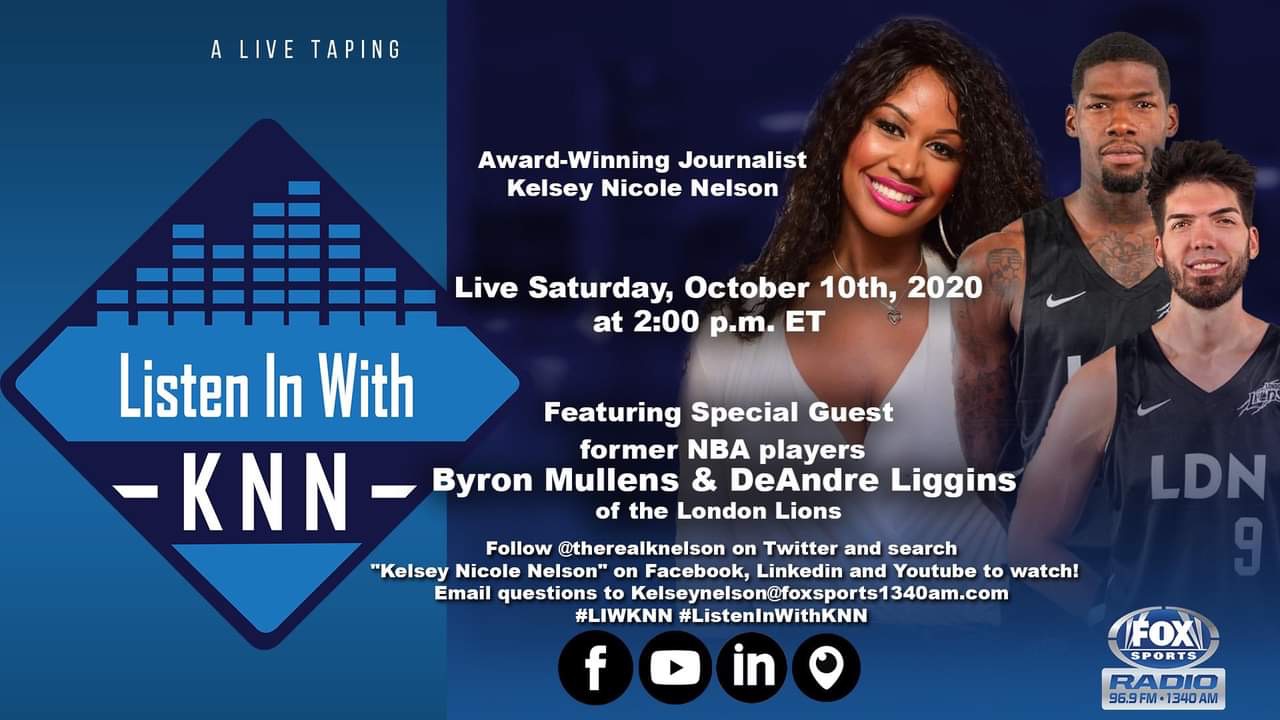 On the latest episode of Listen In With KNN on Fox Sports 1340AM, host Kelsey Nicole Nelson welcomed former NBA players Byron Mullens and DeAndre Liggins of the London Lions in the British Basketball League (BBL) to the show.

Both started their basketball careers in America where Mullens attended Ohio State University and Liggins went to the University of Kentucky. While at Kentucky, Liggins played for two different head coaches in Billy Gillispie and John Calipari and the difference between the two was night and day.

“Gillispie wasn’t a player’s coach. He was hard-nosed and a very good X’s and O’s coach. He didn’t connect well with players. Coach Cal was great at recruiting and being a player’s coach. He’s gonna tell you what it is and is real genuine about what you need to do to play on the court,” Liggins said. “He cares about you and your family and wants you to succeed.”

In 2011, he left Lexington after his junior season and was selected by the Orlando Magic with the 53rd pick. The Chicago, Illinois native felt that all his hard work paid off.

“I was at a hotel party but it was a very scary moment for me. I just wanted to hear my name called because I knew I was going to do the rest as far as staying in the league. When I heard my name called, it was a relief and a great feeling,” he said.

Two years prior to Liggins, Mullens also entered the league after spending his only season with the Buckeyes. He was picked by the Dallas Mavericks but got traded to the Oklahoma City Thunder.

“Growing up that was my favorite team because I idolized Dirk Nowitzki. At that time, they really had a good team with Michael Finley and Steve Nash. Everything happened so fast but that was a pretty cool experience,” Mullens said.

After struggling in the NBA, they were demoted to the G League where they played for the Sioux Falls Skyforce. Both of them used that opportunity to enhance their skills.

“Coming from the NBA down to the G League is a wake up call. You kind of see how spoiled you are in the NBA and you got everything at your fingertips. You gotta go through it and stay mentally ready and prepared,” Mullens said.

Both Liggins and Mullens took their careers overseas to England to play for the London Lions of the BBL. They’re athletic and defensive minded but still getting used to each other.

“It’s a very special team and you can take any of these guys and put them on a team by themselves and they would probably average 20 points. Trying to get all these guys together, gel and figure out what else you can do besides scoring. We’re a very good defensive team and can spread the floor on offense one through five. We’re a fast paced team that’s gonna get up and down the court quick,” said Mullens.