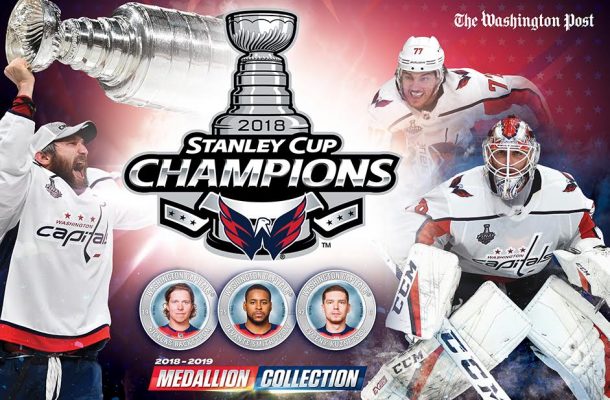 The Washington Capitals and Washington Post have teamed up for this latest promotion featuring a medallion collection of players from the 2018 Stanley Cup Championship team.

The collection includes 18 medallions; one for each of the 17 players remaining on the roster that played in the cup-clinching game five, as well as one Stanley Cup medallion.

You can collect the medallions by registering online here:

Start collecting online on Sunday October 14 as a new medallion will be released everyday. After collecting all 18 medallions online, you will be shipped the entire collection, including a Free Collectors Album.

Registering will also be enter you for a chance to win a VIP Game Day Experience.