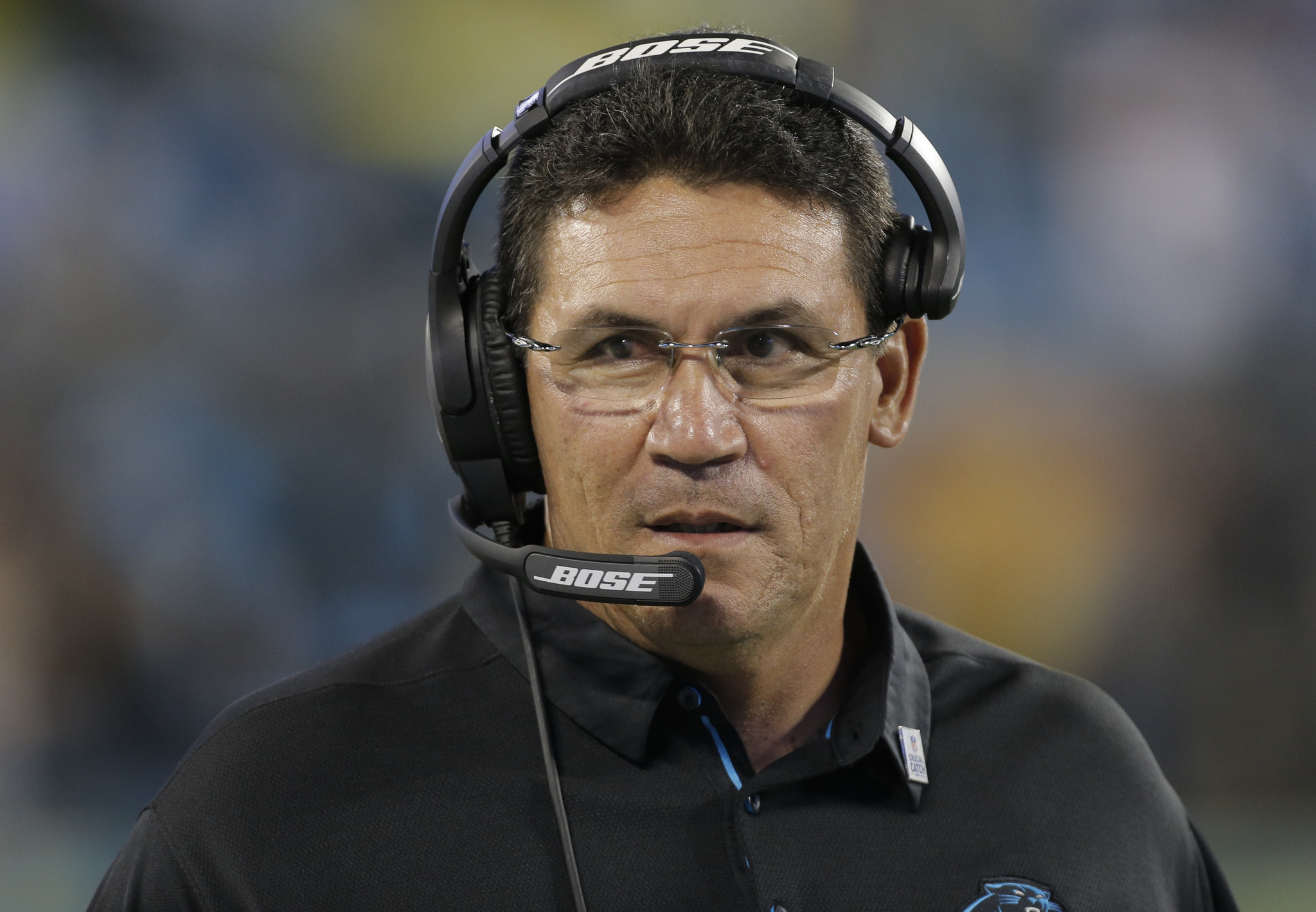 After dropping their fourth straight contest, it comes as no surprise that the Carolina Panthers are struggling for answers.

This season the Panthers were supposed to challenge the New Orleans Saints for the NFC South division championship. Instead, they sit at 6-6 on the bubble of a wild card playoff berth and hoping to stop a four-game losing skid.

Rivera took over play-calling responsibilities at some point during Sunday’s loss to the previously 4-7 Tampa Bay Bucs. When speaking with the media on Monday morning, Rivera was clear that Eric Washington will retain the title of defensive coordinator. He expressed support of the first-year coordinator who has come under fire amidst the Panthers defensive woes.

“His track record speaks for itself.

Y’all have to remember your first time in doing something, you weren’t perfect. Somebody had to help you. That’s really want I’m here for. Just to help him as we go forward.”

Rivera’s focus on the secondary is to be expected as the Panthers have struggled in that area as of late. As noted by Jourdan Rodrigue of the Charlotte Observer, the unit has given up 12 20-plus yard passing plays in the last four games. The total: 468 yards in those plays. In the first part of the season, it appeared “Thieves Ave” had returned with the unit grabbing nine interceptions through the first eight games of the season. The unit has not snagged an interception since and gave up five passing touchdowns in a Thursday Night Football contest at Pittsburgh.

Pressed to answer whether or not Tepper has put him on notice or given any ultimatums, Rivera stated that he was not going to talk about what he and Tepper talk about. He went on to say that Tepper is an upfront guy and that he has been fortunate to have a good collaboration with Tepper and Hurney. In regards to the CBS Sports report that came out yesterday, Rivera says that until he sees a comment with Tepper’s name attached as a quote, he’s simply not going to worry about it.

The Panthers visit a Cleveland Browns team that is 4-7-1 but has shown flashes of brilliance as of late. If the Panthers’ road woes continue and they leave Berea with another loss, it will be interesting to see what, if any, further changes will be made.