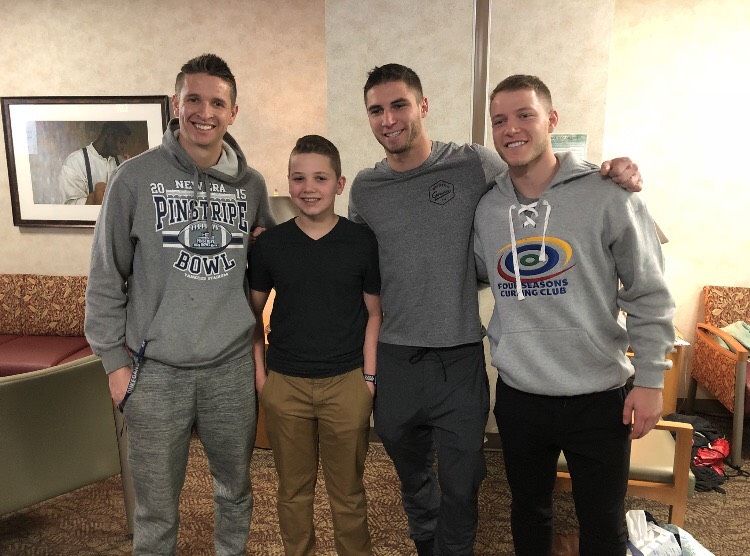 The NFL Off-Season is full of wild and interesting stories, from crazy twitter beefs to players getting arrested and then there are heroes.

Dan Smoker was with his 13-year-old grandson descending the massive rock formation called Castle Rock in Colorado when the elderly climber fell 20 feet onto a rock.

The McCaffery boys — Max, Christian and Dylan — were with a group of people when they came upon the injured climber and leaped into action, rendering aid to Smoker and comforting the 13-year-old.

McCaffrey shared the experience with Panthers.com:

It was a beautiful Colorado Saturday, as Christian McCaffrey describes it.

“We were going to go to lunch,” McCaffrey recalled Tuesday in a phone interview, “and then just randomly we were like, ‘Let’s go hike the rock.’”

So McCaffrey – along with his brothers Dylan and Max and friends Michael Mann and Brooke Pettet – went to Castle Rock. They were making their way to the top when they turned a corner and saw something that will stay with them forever.

Eli Smoker was hiking with his grandfather, Dan Smoker, Sr.

“It felt like he was in the air for 10 seconds,” Christian McCaffrey said. “I had never seen anything quite like that in my life as far as the trauma and the sound. We were in shock.”

“Everybody stepped up,” McCaffrey said. “I called 9-1-1, and it felt like an eternity. It felt like we were up there waiting for four hours. But I looked back at my call log and it took 11 minutes before the paramedics came. Amazing what those guys did.”

Smoker was taken to a nearby hospital with several broken bones while also suffering from internal bleeding and is expected to remain in the hospital for an extended period of time.

Dan Smoker Jr. took to Twitter to thank McCaffrey for his help in saving his father’s life:

Michael Mann, @run__cmc and @notoriousmax25 are great football players, but even better humans. Yesterday, they helped save my dads life after he fell off of Castle Rock. They comforted my son when he was alone. Then showed up at the hospital to check in. @AdamSchefter @espn pic.twitter.com/MVAdbr2gYV