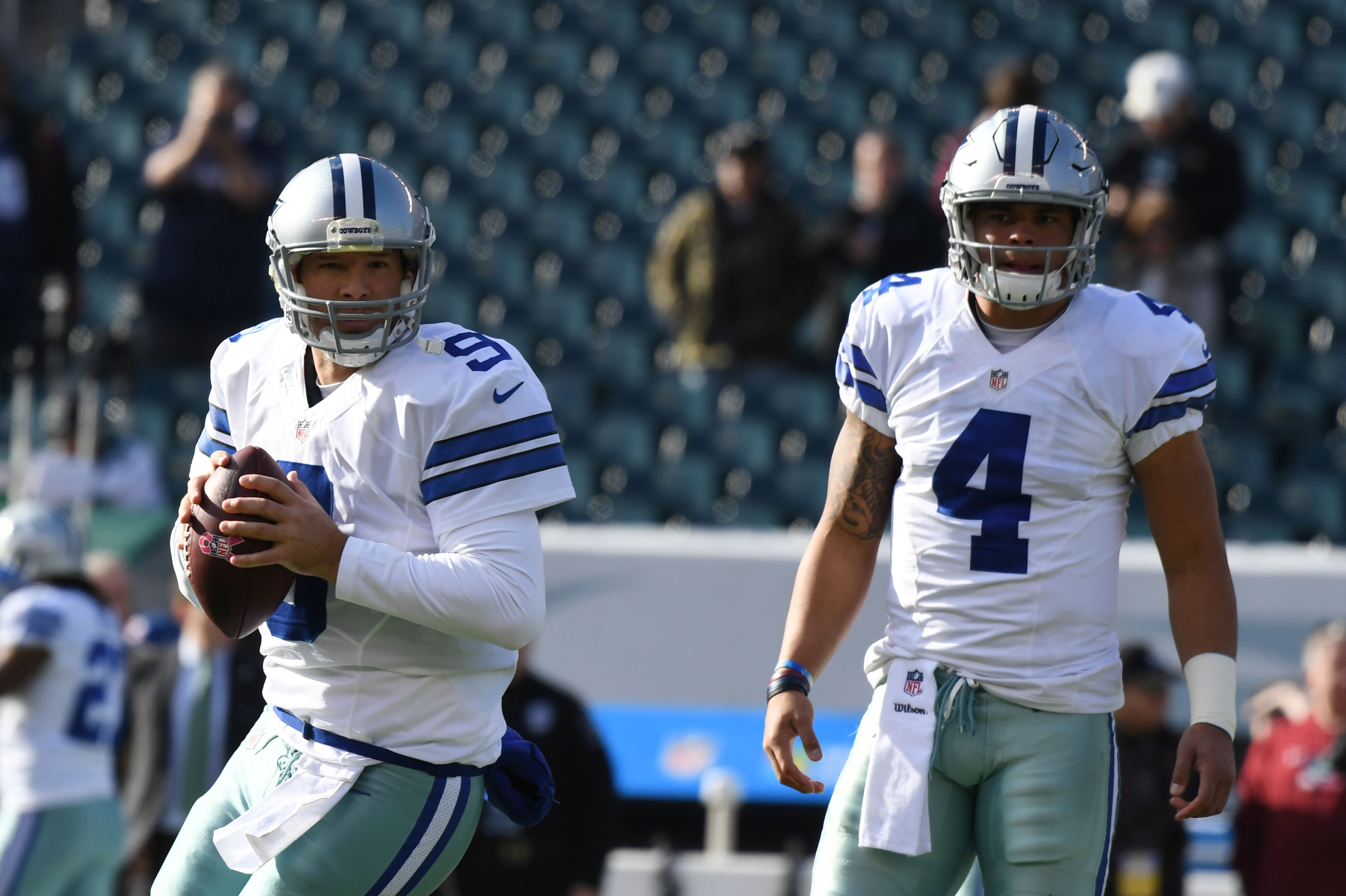 With a disappointing lost to Green Bay in the playoffs, the Cowboys has to invest in their secondary. With a 13-3 record, the Cowboys displayed a lot of patience with their running attack, made it comfortable for Dak Prescott and Ezekiel Elliott, and went back to playing fundamental ball.

Dallas shocked a lot of people with being simple and not forcing the issue with throwing the ball to Dez Bryant all the time.

On the offensive end Prescott delivered the ball right on time to his wide receivers, changed the pace of the game, located blitzes and changed the play if he did not like what he saw. The offensive line should have gotten MVP with making it easy for Prescott to step up in the pocket and deliver an accurate pass. Prescott’s numbers increased each week. He was completing 67.8% of his passes, had 23 touchdowns with only 4 picks, and threw for 3,667 yards last season. Dallas Cowboys v Green Bay Packers 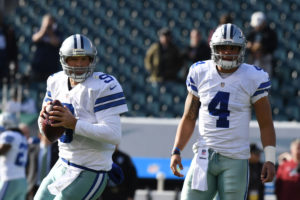 However, the Cowboys are looking to either trade Tony Romo or keep him on the team. As the season wore on, there was speculation that Romo was not happy about being a back-up QB, but he shut all of those rumors down with a press conference in November. “You see football is a meritocracy. You aren’t handed anything. You earn everything every single day single day, over and over again. You have to prove it. That’s the way that the NFL, that’s the way that football works. A great example of this is Dak Prescott and what he’s done. He’s earned the right to be our quarterback. As hard as that is for me to say, he’s earned that right. He’s guided our team to an 8-1 record, and that’s hard to do. If you think for a second that I don’t want to be out there, then you’ve probably never felt the pure ecstasy of competing and winning. That hasn’t left me. In fact it may burn more now than ever.”

Right now the Cowboys have to figure a way to either give Romo an extension, trade, or release him. He has verbally stated that he is testing the waters out from other teams. If the Cowboys give him up, they will need to find a more experience back-up just in case Prescott gets hurt. Mark Sanchez is the third string QB for now, but Sanchez is very inconsistent. One game he can light you up, the next game he will throw a couple picks.

Right now the Cowboys are interested in Josh McCown and is speculated that the Cowboys might take a chance on McCown. McCown played for the Browns before he was released, but was inconsistent with throwing the ball to his targets. It will be interesting to see if they release Sanchez for McCown.

The Cowboys need to find someone that could help Prescott. His first year was beyond phenomenal, but he might hit the sophomore slump, like RG III and Andrew Luck has hit after their first year in the NFL.

Another interesting turn of events is the running back core. Rookie running back sensation Ezekiel Elliott has tore up the league with his unique vision. Usually backs that come in the league has to progress with their vision. Elliot did not have the freshman slump nor did he back down from taking every challenge. Coming into his first game, people was already comparing him to the Hall of Famer Emmitt Smith. Elliot did not disappoint. He has the speed, will power, and the skill set to take this team far. 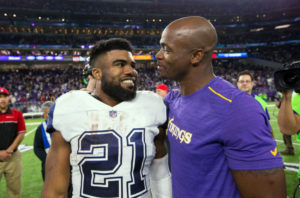 With Elliot being a dominate force on the ground, big plays opened up the field for the Cowboys. Elliot finished the season with 322 touches for 1,631 yards, 5.1 per yard average, and 15 touchdowns. This has to continue in order for Prescott to improve. Just because Elliot put a lot of pressure on the defense, the defense would have to put eight guys in the “box” or a QB spy on Prescott, because he could get yards with his feet. Which made it easier for the Cowboys to get yards on the play.

However the Cowboys has an interest with getting Adrian Peterson if he is released by the Vikings; how much will the Cowboys have to spend getting Peterson or will they continue with their other back-up running backs. The Cowboys should spend money on making sure their defensive line is capable of putting pressure on QB’s.

Dallas was ranked 6th in their defense, but lacked discipline, killed themselves with good field position, and at times were confused with who to cover.

The Cowboys have a great chance to get back into the post season with cleaning a bit of their grey areas. In the NFL draft, they may have to take a look with getting a defensive end to put pressure on QB’s. In the first half of the season, they had problems with getting that first push. They need to find a player that has speed and power to get to the QB.

As the road to the draft continues, it will be interesting to see how they could improve their defense in total. 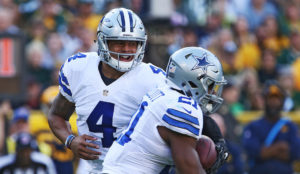