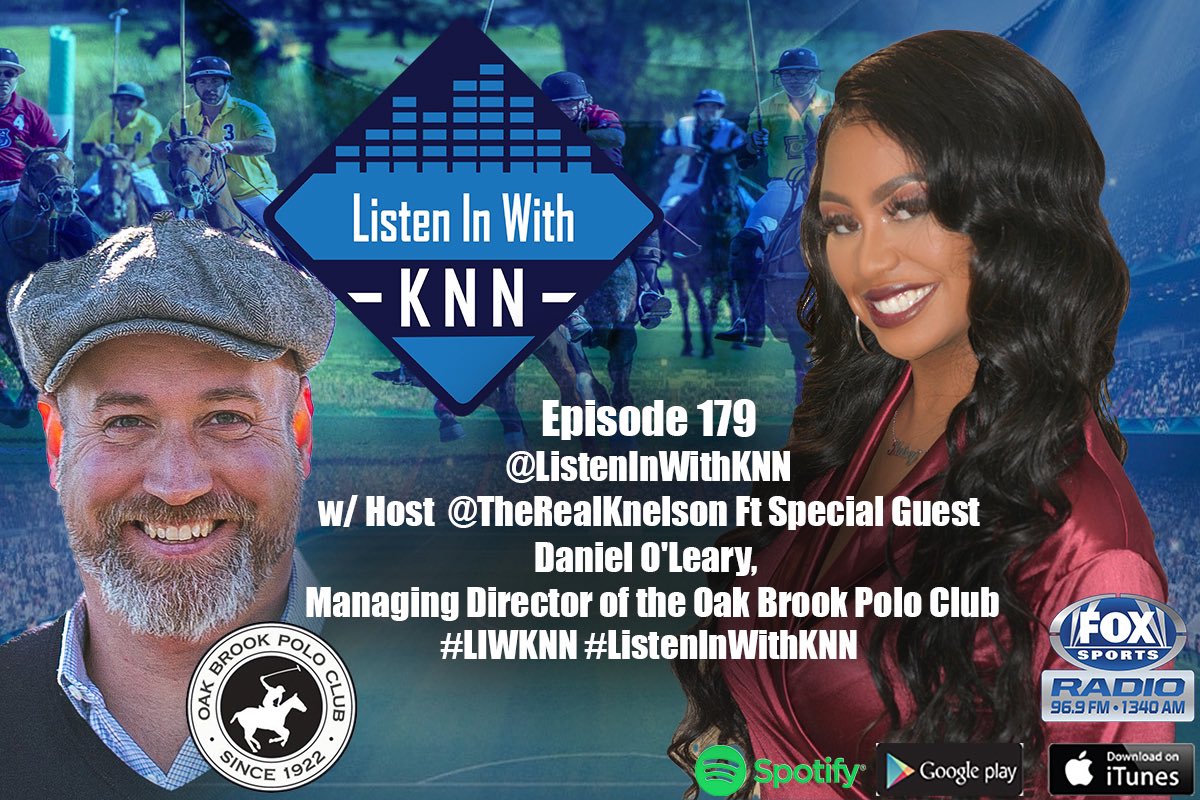 On the 179th episode of Listen In With KNN on Fox Sports 1340AM, host Kelsey Nicole Nelson welcomed Daniel O’Leary, Managing Director of the Oak Brook Polo Club to the show.

Speaking of his journey, he grew up in Brookfield, Wisconsin, which is 15 miles west of Milwaukee. O’Leary earned his Bachelor of Business Administration from the University of Wisconsin-Milwaukee in 2004. He relocated to New York where he got an internship at International Management Group and then moved up to account coordinator. After that, O’Leary moved to Chicago and worked for Intersport and IEG Consulting.

O’Leary got intrigued about the sport of polo as he used to ride horses for fun as a kid. He attended his first polo match at the U.S. Open almost a decade ago and immediately fell in love with the sport.

“There was something about this game that did not get the respect that I thought it deserved that so many other people were drawn to from mainstream sports. These guys were phenomenal athletes that defied all physics you could possibly think of on a horse and they earned my respect. I wanted to work in this game and I love the people and lifestyle,” O’Leary said.

Polo is one of the oldest team sports in the entire world as there are four players on each team. The games are divided into four to six chukkers (periods) and each chucker is seven and a half minutes long. There’s a total of eight people and two umpires are out on the field. Each player will have between six and 10 ponies each depending upon the number of chukkers that are played.

“A lot of times in polo, you might see a polo player go all out at 30-35 miles per hour and do a breakaway from one end of the field to another. That horse is going to be winded after that and in professional polo, you’ll see a lot of times the grooms will have horses for either player on either end of the field depending upon where he is at the time. It looks very frantic at the end of the day but a lot of these players when they remount, they bounce from one saddle onto the next. That’s what makes the game cool at the end of the day,” he said.

O’Leary has been working at the Oak Brook Polo Club as the Managing Director since 2015. He was recognized by the Oak Brook Chamber of Commerce as the 2018 Under 40 Leadership Award winner. Oak Brook Polo Club is one of the oldest polo clubs in the United States as it was founded in 1922. Previously, it was the home of the United States Polo Association. The Club has been known as the epicenter for professional polo and it’s been home to the U.S. Open Polo Championship for a record 24 straight years.

“At one point, there was as many as 20 to 30 polo clubs at one time throughout the Chicagoland area. This goes to show how big polo was played out here. Multiple Hall of Famers have played or got their start in Oak Brook and have gone on to have phenomenal careers. We’re so excited to celebrate our 100th anniversary and it’s a celebration of all polo throughout the United States,” said O’Leary.