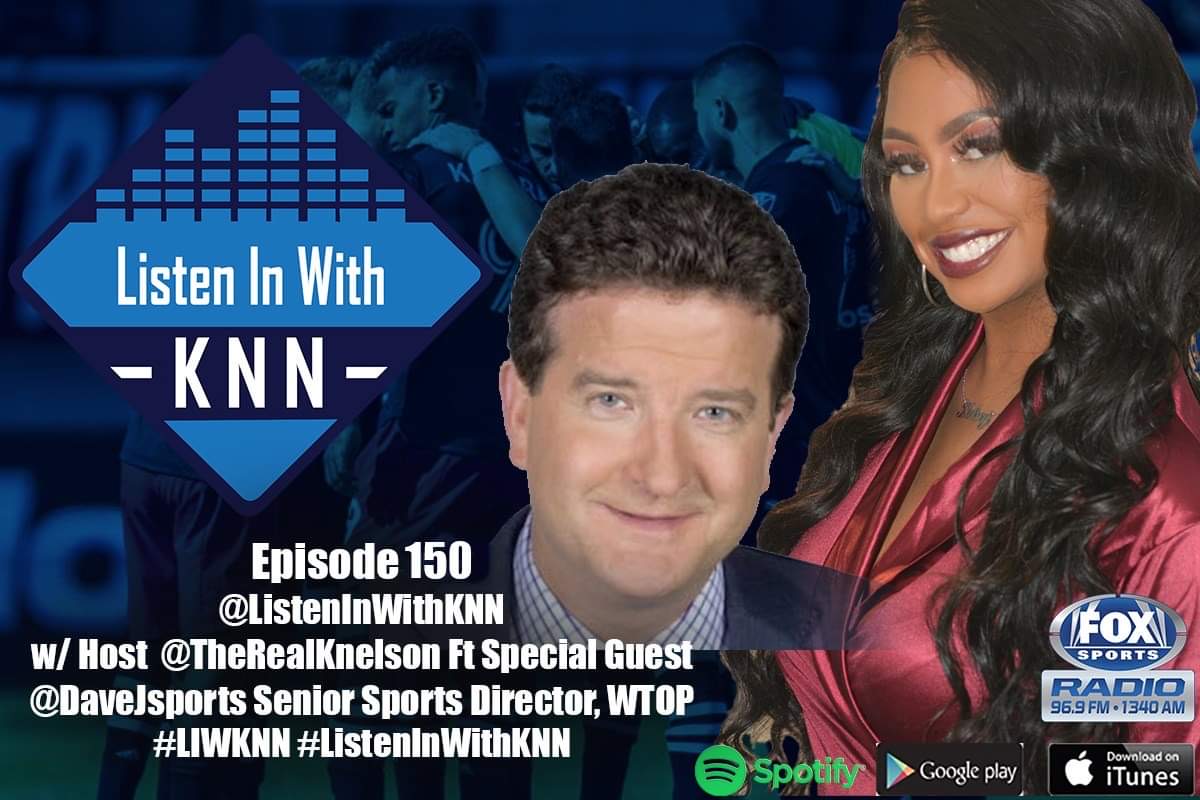 Recently, he was named D.C. Sportscaster of the Year by the National Sports Media Association. The 25-year WTOP veteran was grateful for the award because this is what he wanted to do since he was kid.

“I used to sportcast and put on games for my mother, who battled multiple sclerosis and it’s what I’m battling now. It was quite emotional and as I received that recognition. All I can think about is those days cutting out lineups out of the newspaper,” Johnson said.

As a result of his mother’s diagnosis of MS, he decided to share his own diagnosis on social media last year to bring awareness to this disease.

“What has happened is you get this wonderful community of people you didn’t know before but who were battling the same thing. This is what is important about the human connection that we feed off each other’s energy,” Johnson said.

The COVID-19 pandemic has impacted the NBA as the regular season was suspended for four months until resuming in July in the Bubble without fans. For Johnson, the reason why he loves broadcasting is because of the fans and the games.

“You love the thrilling shots, the great goals and the last second shots. It’s the environment that we get to work in and it’s all about the people and connections. It’s just a happy time because for two-and-a-half hours it brings us together and it’s okay if we can yell and scream about a missed shot and I miss that part so much,” he said. “We wanted to make our listening broadcast for the Washington Wizards something that involved the fans but not in a cliche way.”

Speaking of the Wizards, they were the only Eastern Conference team outside of the Milwaukee Bucks, Toronto Raptors, Boston Celtics, Indiana Pacers, Miami Heat, Philadelphia 76ers, Brooklyn Nets and Orlando Magic to be included in the Bubble. They were without Bradley Beal and Davis Bertans and finished 1-7 in the restart. But Johnson is looking forward to next season with John Wall coming back after missing almost two seasons due to a ruptured Achilles.

“If he comes back to the way he was in 2017. He is a player that really has not been fully healthy since 2017. He plays with that reckless abandon and paid a price for that. Part of the narrative is the culture and identity has been created. This was just a joyful team and got after it each night. Rui Hacimura is the real deal and we’re excited about the future,” he said.

With the NBA Finals being at the Bubble, Johnson believes that there shouldn’t be an asterisk to the winner because they went through the same adversity as other teams did.

“I think that’s all it needs to be considered in any of these sports. You went through the same path that everybody else had and that goes for seasons that were shortened by the lockout. These teams that are battling for a championship have had to really stay focused for a couple months in the Bubble.”

Episode 150: The Return to Sports and the DMV Sports Scene with Dave Johnson