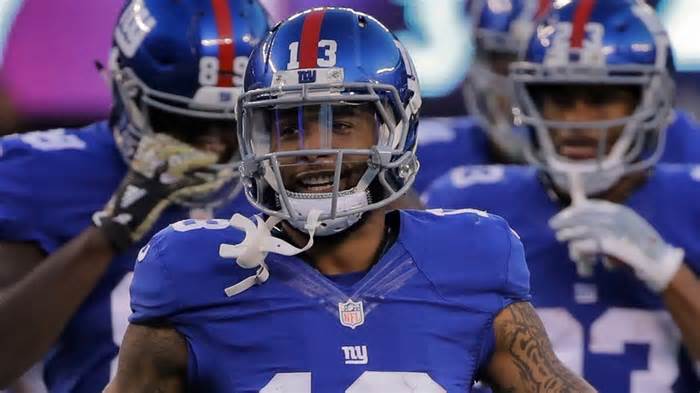 When you hear the name ‘New York Giants’ you automatically think of receiver Odell Beckham Jr., quarterback Eli Manning, and a loud, boisterous fan base. However, on Monday night, other facets of the game made the bigger impact.

A defense that was last in the league in sacks coming into the game as well as a run game that was porous and unreliable, it was those two elements that got the New York Giants (6-3) a 21-20 victory over the Cincinnati Bengals (3-5-1) on Monday Night Football. Giants defensive end Olivier Vernon totaled 10 tackles and a sack while his partner-in-crime, DE Jason Pierre-Paul, racked up five tackles and two pass deflections on top of the Giants defense as a whole holding the Bengals offense to 264 total yards with three total sacks and two interceptions.

Manning kicked off the scoring with a 10-yard pass to tight end Jerell Adams to go up 7-0 four minutes into the game. Entering the game, Manning was a turnover-machine this season with eight interceptions and on this night, the reputation continued as he tossed two more interceptions plus completing 28-of-44 passes for 240 yards and three touchdowns.

A 13-yard connection between Bengals quarterback Andy Dalton and receiver AJ Green tied the game at seven following the Giants game-opening score. One of the best receivers in all of football, Green hauled in seven catches for 68 yards and a touchdown. Dalton was harassed at times throughout the night by a Giants defense that has been struggling to gain sacks this season. On this night, Dalton was sacked three times including back-to-back sacks on the Bengals last drive of the game as the Giants were nursing a 21-20 lead with a little over three minutes left. The 21-20 lead for New York came at the beginning of the fourth quarter as the Giants went for a fourth-and-goal conversion and succeeded with a 3-yard touchdown pass from Manning to receiver Sterling Shepard.

The run game for the Giants had been pretty anemic on the season thus far but tonight they totaled 122 rushing yards, their most in a game this season, with 87 of those yards coming from starter Rashad Jennings on 15 carries.

This was a Bengals team that were coming off a devastating tie to the Redskins two weeks ago in when the two teams met in London, England for the NFL’s International Series. Because of that, the Bengals are 1-3-1 in their last five games with Buffalo, Baltimore, and Philadelphia on the upcoming slate. The Giants, on the other hand, have now won four in a row with an upcoming home game on Sunday against the Chicago Bears.