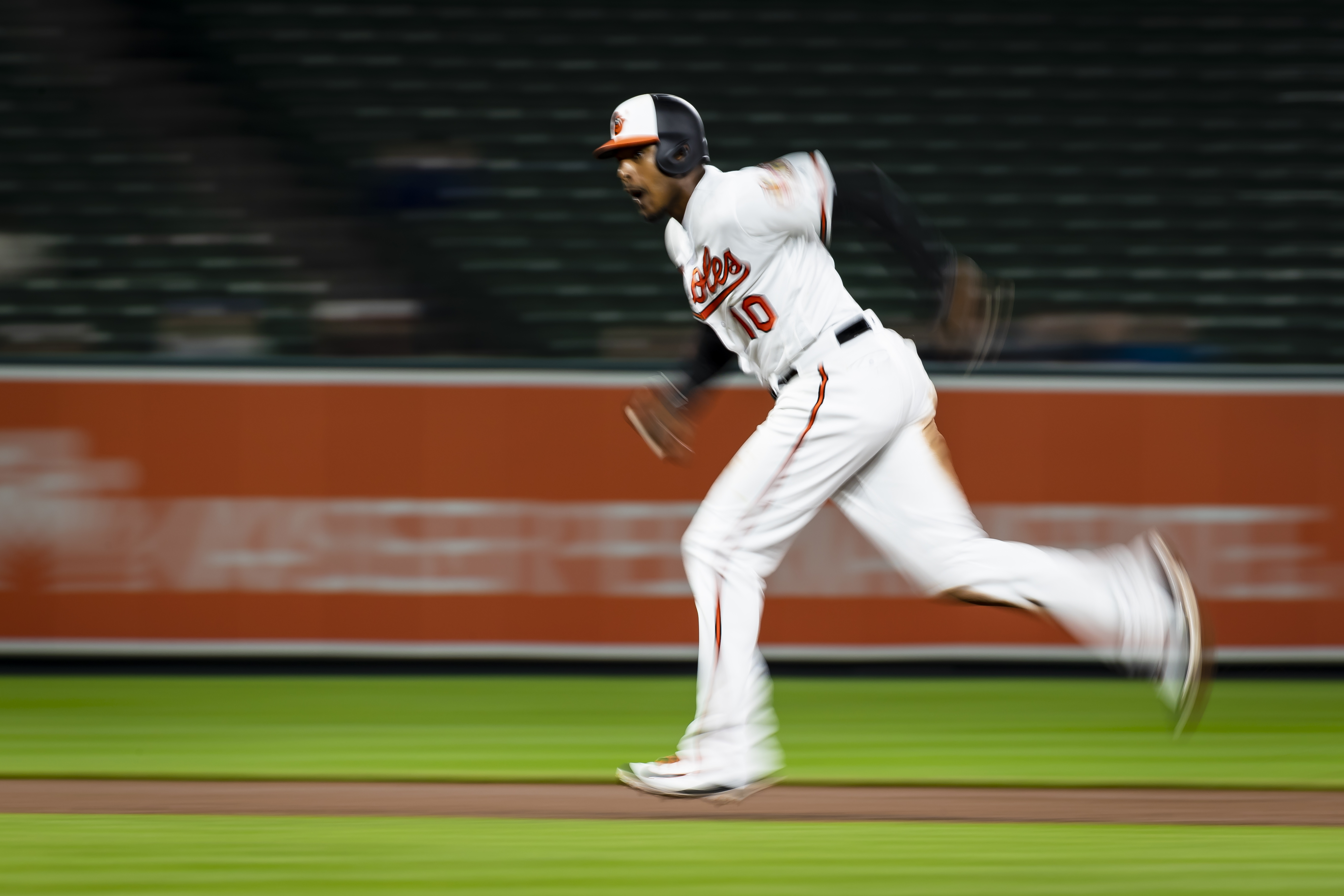 BALTIMORE – Baltimore Orioles center fielder Adam Jones is the longest tenured player on the team and on Thursday night, he etched another spot into Orioles history.

Jones’s home run in the fifth inning gave him his 557 extra-base hit for the Orioles. This tied former Orioles first baseman Boog Powell for fifth on the all-time franchise list. Despite Baltimore’s 9-5 loss at the hands of the Tampa Bay Rays on Thursday, Jones provided the necessary spark for the club’s offensive resurgence.

“We’ve been swinging the bats better the last couple of nights,” said Jones of Baltimore’s offense. “It hasn’t resulted in any W’s unfortunately, but at this point we have to look for anything that’s positive. We put up 15, 16 hits tonight. 14? I’m not positive, but we had more hits than them tonight. I think that it was one of the first times all year that we had done that.

Jones also singled in the seventh and ninth innings for his eighth multi-hit game of the year and his fourth with three hits. He has now hit safely in six consecutive games against the Rays and is averaging .347 (26-75) against them since the beginning of the 2017 season.

The Orioles had 16 hits against the Rays on Thursday, out hitting Tampa by three. Eight batters in Baltimore’s lineup had a hit with Jones and Anthony Santander leading the way with three hits.

Danny Valencia hit his third home run of the year in the eighth inning. He was previously 0-for-5 since April 23 and he also singled in the sixth inning. His career batting average is .274 (56-for197) against the Rays in 59 games.

“We’ve started some at-bats pretty decent,” Valencia said postgame. “Obviously, we came up short again tonight, but you have to have a few small victories within the game itself and our offense is starting to turn a corner. We’re a team that’s gonna score runs, we just gotta keep grinding. It’s obviously a tough time for us.”

Manny Machado, Trey Mancini and Chris Davis also had multi-hit games. Or Machado, it was his 10th multi-hit game of the season, after he singled in his first two at-bats of the game. Machado entered the game ranked third in the MLB in hits and lead the American League. He has hit safely in the 12 of the last 13 games, averaging .380 (19-for-50) during the stretch with five of his 10 multi-hit games coming during that span.