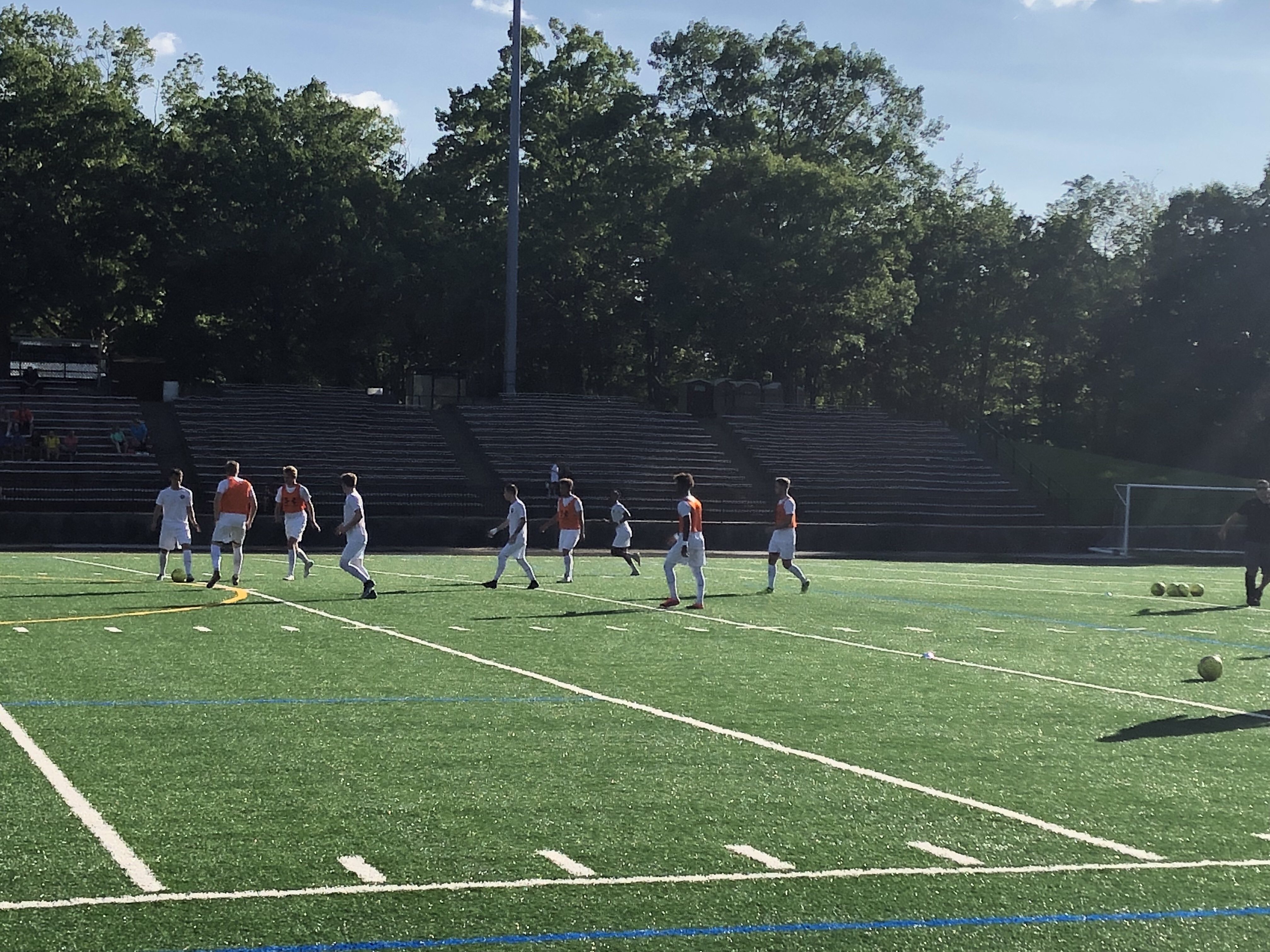 ESSEX — FC Baltimore were the victors in their first league match of the season on Saturday, defeating Virginia Beach City FC to the tune of a 5-2 victory. Their goal-scoring onslaught just seemed to continue FC Baltimore’s matchup against Atlantic City FC, another expansion club in the NPSL.

“On the first end, I’m glad that we scored eight goals,” said FC Baltimore head coach Brandon Quaranta. “We left after the first home game – we were disappointed to be shutout for the fans, so we obviously did a decent job on that end.”

Despite the offensive output and control of the ball for the majority of the game, FC Baltimore allowed five goals. During the latter half of the match, Quaranta subbed out goalkeeper Ben Sauer to give 16-year old goalkeeper Kieran Baskett an opportunity to receive playing time. Though three goals were counted against Baskett, there were lapses on defense that led to the goals according to Quaranta.

“Our defending tonight was not even close enough — if I’m being honest, especially in transition” Quaranta said of allowing five goals. “We told the group as a staff that we weren’t happy with that and it’s gotta get much better moving forward. So, our overall mentality on the defensive side wasn’t there and we need to clean that up.

“As for Kieran [Baskett], he’s a 16-year old kid, who we wanted to get some experience. And if you can’t put a kid in a 7-2 game and be good enough in front of him to defend better than we did, then that’s on us. So, I don’t think the goals were on him. I think that they were on the team in front of him, who did not do a good enough job defending for me.”

Despite the eight goals scored, Quaranta was still unsatisfied with the defensive effort by his back line.

“Speaking from a team perspective, anytime that you can score eight goals against an NPSL team, you’re happy with that,” Quaranta said. “I feel like I should be leaving with a better feeling, when you have eight on the board. Unfortunately, we know what it’s going to take to be successful in our league and finish towards the top, which is our goal. And on the defensive end, it wasn’t good enough tonight.

“Obviously, I’m proud of some individual efforts. We scored some very nice goals. I thought in particular, Josh’s [Fawole] finish off of the back post was a nice goal and there were some very good moments. Grant [Robinson] had an excellent shot in the upper corner. But again, it’s about building and moving forward and we’re a group that prides ourselves on a collective mentality and we need to do a better job in that department.”

The key catalyst for many of the team’s goals on Wednesday was midfielder Avionne Flanagan. Flanagan has usually manned a role as a left 6543back for the University of South Florida. With FC Baltimore, he has been able to create shots and become a main distributor as a midfielder.

“As a player, I’ve always either played left wing or left back,” Flanagan said of his positioning. “But basically, every coach throughout the year has told me to ‘be as dangerous as you can up and down the field and you’ll be successful.’ So, every game, I try to come out here playing both defensively and attacking.”

Dengler was the man of the match, scoring a goal in both the first and second half. Usually when playing center back, it is not expected that the player is a goal scorer. Center backs are the last line of defense for the goalkeeper and in this situation, Dengler proved how valuable a center back can be in the goal scoring department.