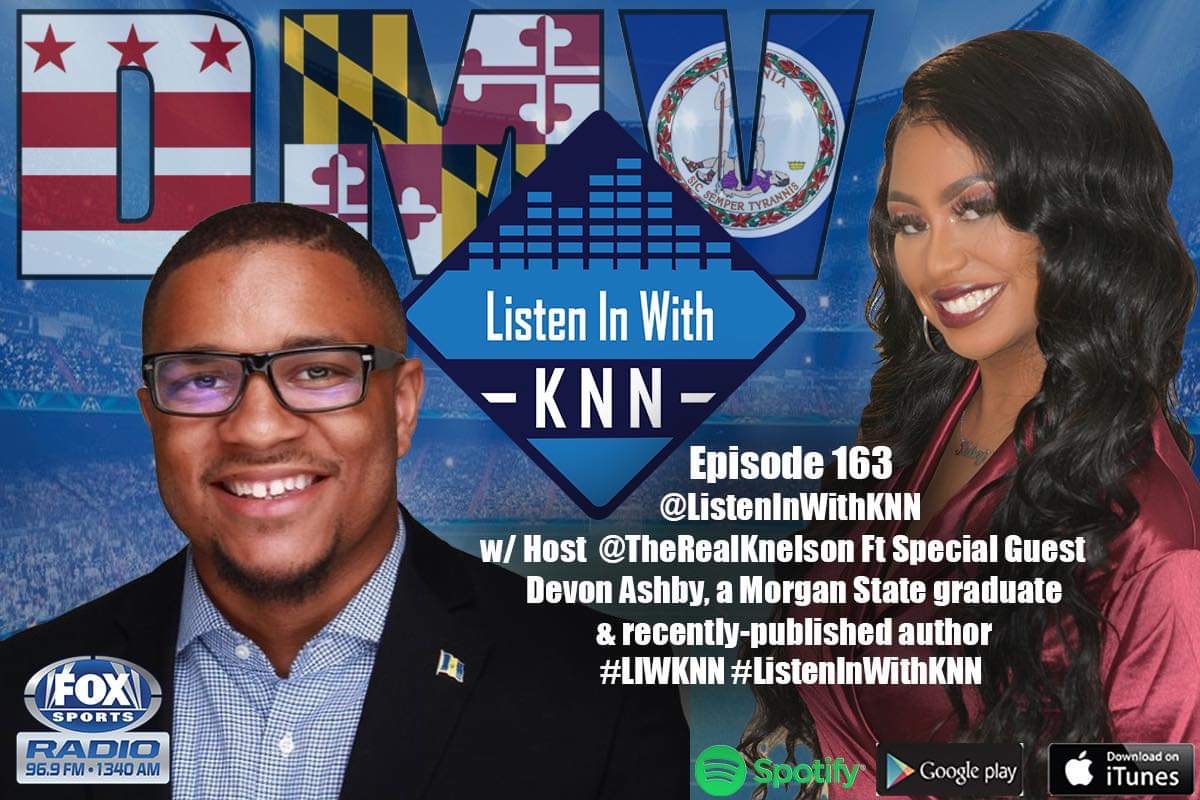 On the 163rd episode of Listen In With KNN on Fox Sports 1340AM, host Kelsey Nicole Nelson welcomed Morgan State graduate and published author Devon Ashby to the show.

Speaking of his journey, he was born and raised in Montgomery County, Maryland. Ashby attended Seneca Valley High School and was on the football team but didn’t play. That didn’t stop his love for the game of football as he attended Morgan State University where he majored in journalism.

“Going to college, I had to figure out a way how I was going to stay around sports. One thing about me is that I was always the guy that can rattle stats off. That was my go-to thing and I’ve always been an artistic one whether it’s writing and drawing,” Ashby said. “To combine something I love with something I’m really good at, that’s going to be my way to stay around sports and that’s where journalism came in.”

He worked for the school’s newspaper called The Spokesmen and covered the football and basketball teams. During that time, Ashby learned that sports journalists who were well-rounded were much better at their profession and he started covering other topics.

“I spoke to the president of the university a couple of times for random stuff. Just random stories like that helped build my craft,” he said.

As a result of that, Ashby got an opportunity to write for The Undefeated at ESPN where he published a piece on Boston Red Sox manager Alex Cora when he won the World Series before the Houston Astros cheating scandal. From there, he went to the New York Times for a fellowship and got a chance to go to Paris to work on a documentary. Ashby knew that he would write a book one day but couldn’t figure out what would it be about.

“I remember watching the 2020 NFL Draft and I noticed that it seemed like it was more players from Maryland, Washington D.C. and Northern Virginia than usual,” he said.

Then, the Maryland native decided that he would write a book called PG vs MoCo: A Memoir of High School Football in the Shadow of the Nation’s Capital. It was about Maryland’s two largest counties (Prince George’s and Montgomery) that produced the top football players like Stefon Diggs, Joe Haden, Shawne Merriman, Navarro Bowman, Shawn Springs and Chase Young, who made it to the NFL.

“This area is known for its basketball but I might make an argument that football might even be more. Our football players top to bottom might have more to make an argument on football. My book was I wanted to shed light on the public schools because the WCAC is probably the best conference top to bottom in high school. You have Seneca Valley, Wise, Quince Orchard, Northwest and Damascus,” said Ashby.

He found out during his research how much the Maryland community loves the sport of football.