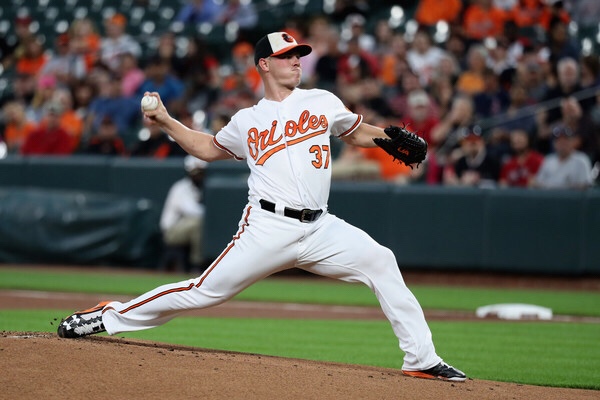 The Baltimore Orioles have selected right-handed starting pitcher Dylan Bundy as their Opening Day starter next Thursday, March 29 against the Minnesota Twins.

“It means a lot,” Bundy said of being named the 2018 Opening Day starter for the Orioles in a MASN telecast. “I mean, I’m honored, humbled by it. Obviously excited, going to have to control the emotions a little bit, but definitely looking forward to getting out there.”

It was the first year that Bundy had carried a workload above 110 innings (169.2 innings pitched). He also had the lowest ERA of any starter on the club in 2017, sitting at 4.24. With another year under his belt, Bundy will look to improve upon his numbers in the 2017 season.

In a spring training where Bundy and Kevin Gausman were the only two locked-in starters for the Orioles, Baltimore now has added Andrew Cashner and Alex Cobb to the fold, while re-signing Chris Tillman to be a part the rotation. Since 2014, Tillman has been the Opening Day starter, save for 2017. Gausman made the start in place of the injured Tillman.

Baltimore will start the season with Cobb at a minor league affiliate to build up his arm strength. In Cobb’s place will either be right-handed pitcher Mike Wright or Rule 5 selection, left-handed pitcher Nestor Cortes. Cashner will assumably be the third starter, after Gausman. Tillman will round out the back end of Baltimore’s rotation.