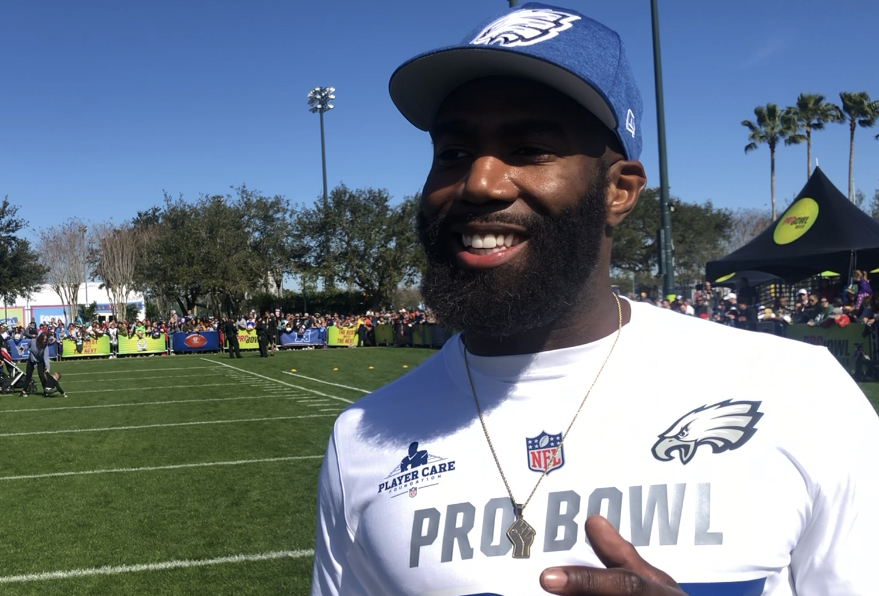 Of course the Eagles would prefer to be prepping for a second straight Super Bowl, but nevertheless, safety Malcolm Jenkins was on hand in Orlando for the Pro Bowl. Jenkins took a break from the week’s festivities to touch on the subject of backup quarterback Nick Foles pending free agency.

Having lost starter Carson Wentz to injury during the past two seasons, the Eagles have relied heavily on Foles – even winning the franchise’s first ever Super Bowl with him under center. Foles is set to enter free agency in March when the NFL fiscal year begins. Five of Foles’ seven years in the NFL have been in Philly. The one-year deal Foles agreed to prior to the 2018 season comes with a mutual option worth $20 million. It is unlikely the Eagles would pick up the option with Foles remaining a back-up; Wentz is expected to start when he returns from injury.

When it was suggested that the Eagles may be without Foles next season, Jenkins responded, “probably.” He went on to credit Foles for much of the Eagles recent success:

“He hid him on our bench, well not really hid him. We used him for two years. I mean obviously, all the success that we had you’ve gotta give credit to Nick Foles. I think for him, he’s a starting quarterback in this league and hopefully he’ll have that opportunity.”

When asked if he wanted to make a late pitch to keep Foles in Philly, Jenkins responded, “I’m gonna keep it a buck. I tell everybody the same thing. Go get your money man, you earned it. You put a lot into it. You know, the last two years, we couldn’t have done it without Nick Foles. I’ve got all the respect in the world, but we understand how this business is.”

Jenkins also shared that the Players Coalition will be making an announcement next week regarding the deal with the NFL. The NFL pledged $89 million to social justice reform and the coalition is set to detail the allocation of those funds.