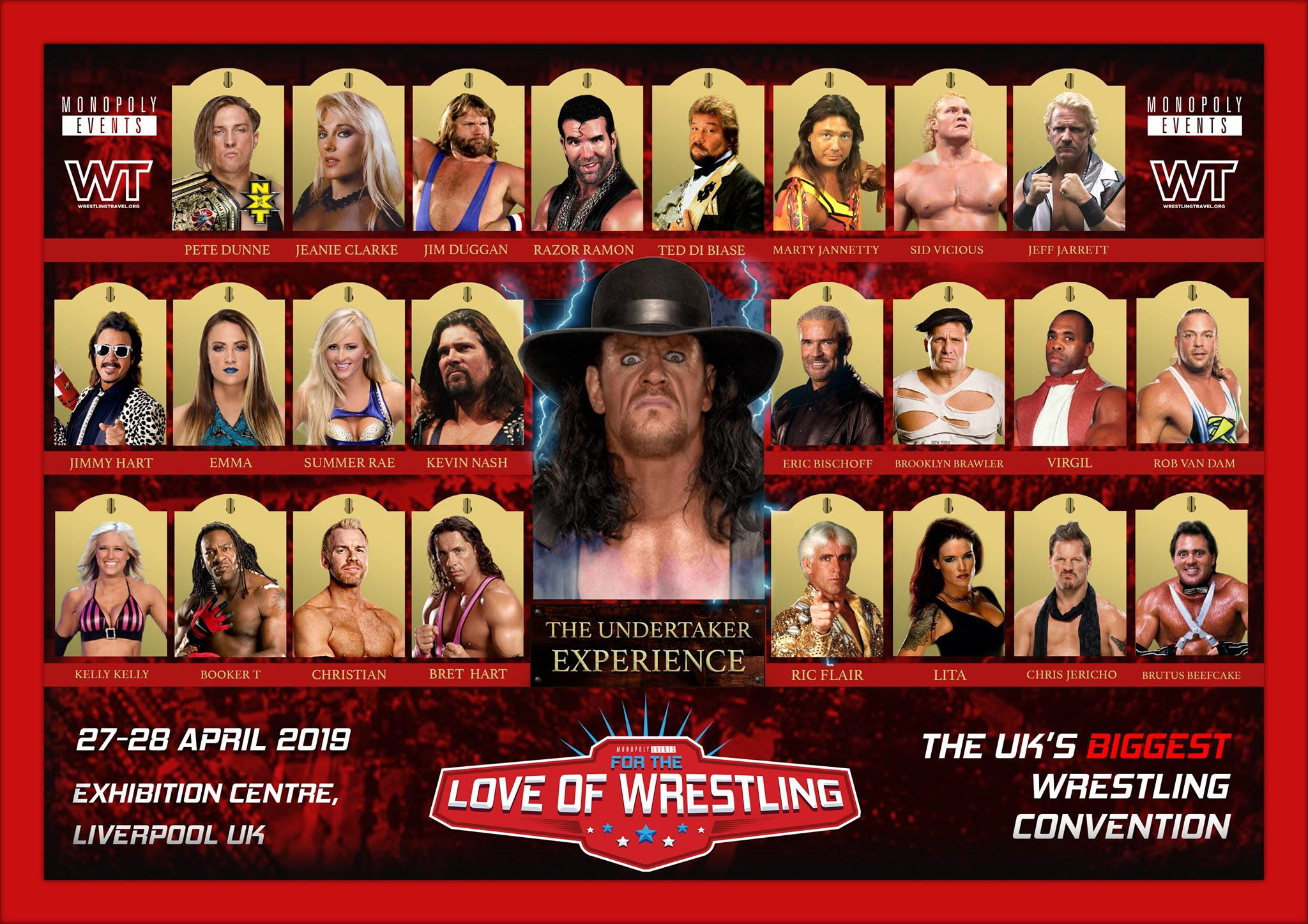 PRESENTS  for the love of wrestling in association with Wrestling Travel

The first Wrestling convention in Europe ever and guess what?! We have some MASSIVE name for you! Including Mark Calaway aka the Undertaker fresh from WrestleMania 35! Including another 24 other wrestlers flying in from all over the world to meet fans sign autographs, pose for photos and LIVE Q&As. Plus live wrestling from Future Shock Wrestling with legends vs the newbies.

Any questions please feel free to let us know.

***Sponsorship: Please feel free to request one of our media packs for fantastic deals***

Thank you for your support with our convention.