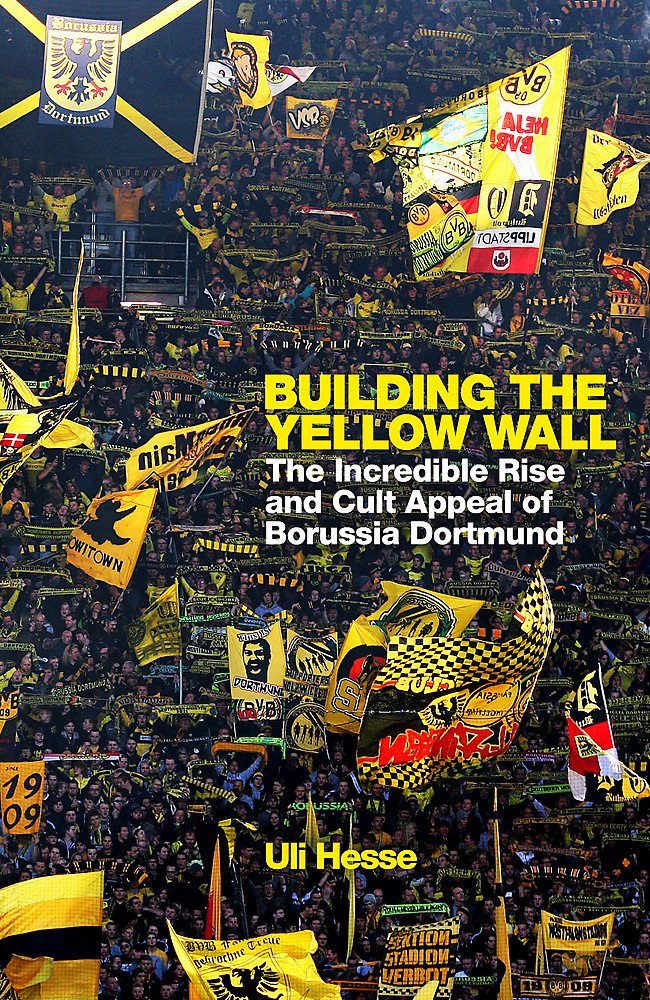 Acclaimed Award-winning “Building the Yellow Wall” Author, Bundesliga expert and 11 Freunde Magazine Editor, Uli Hesse, throughout the course of his illustrious career has sublimely contributed for an array of esteemed media publications throughout the entire world, which includes the German’s work prominently featured extensively throughout England, the United States, Japan, Sweden and Israel.

The insightfully talented Dortmund-born writer, who has written more than 400 columns for ESPN FC, the world’s largest football outlet in the United States, has additionally been a well-respected, long-standing contributor for the reputable FourFourTwo Magazine, the Blizzard and When Saturday Comes.

Moreover, Hesse served as the editor of the official UEFA Champions League magazine “Champions”, a German-language edition of the affluently high-profile European competition until the publication disbanded in 2015.

In Germany, two of Hesse’s popular books were officially nominated for the honorific Football Book of the Year Award, whereas the ever-diligent and resourceful German witnessed “Building the Yellow Wall” claiming the equally sought-after 2019 British Sports Book Award for Best Football Book.

Dean Perretta: Uli, “Building the Yellow Wall: The Incredible Rise and Cult Appeal of Borussia Dortmund” triumphantly won the 2019 Football Book of the Year Award. Can you touch on the creative process of this very insightful book and, of course, the meticulous research which went into making this fascinating book a success?
Uli Hesse: I think what the jury particularly liked was that “Building the Yellow Wall” is not a straightforward club history but a book in which the team’s fans are as important as the players and coaches. It means that my research included not just interviews with the men you would expect to encounter in such a book – from Lars Ricken or Ottmar Hitzfeld to Jürgen Klopp – but also long, in-depth conversations with supporters. I met people who were there on that day in 1947, when Dortmund broke Schalke’s stranglehold on the game in the western part of the country, I talked to the fans who formed the two earliest Dortmund supporters clubs and I met a few ultras, among them the man who devised the tifo – the choreography or mural – that inspired the very nickname Yellow Wall.

Dean Perretta: Die Schwarzgelben’s ever-growing popularity continues to grow amongst non-Germans around the entire world. However, how important was it to touch upon this element in “Building the Wall” with regards to BVB becoming a trendy, fashionable, hipster club if it were?
Uli Hesse: Well, it was pretty much the starting point of the book. See, this is not a translation of a German book. It was written specifically for the club’s ever-growing non-German fanbase or for people from abroad who would like to know more about what has shaped the club as we know it today.

Dean Perretta: Der BVB’s Westfalenstadion in North Rhine-Westphalia is very famously known for its renowned yellow wall. With that being said, how would you describe the yellow wall to individuals who have not yet experienced this incredible attraction of both fanaticism and passion?
Uli Hesse: This would be a much easier task if you were British. In early 2015, I took two Aston Villa fans from Birmingham onto the South Stand, the so-called Yellow Wall, and for them it was a trip down memory lane, into a past that seems very distant now for many English fans. They both felt like kids again, standing on the Holte End and being excited by the atmosphere around them much more than by the actual sporting event. Liverpool fans who could remember the great days of the Kop, when it was a standing area, told me pretty much the same. So if you want to know what football was like as a spectator sport before sterile all-seater grounds and obscene ticket prices ruined all the fun, come to Dortmund. If, however, you don’t really know what it’s like to stand for 90 minutes, surrounded by singing, drinking, smoking, cursing and occasionally rowdy football supporters … well, it’s not the easiest thing in the world to describe.

Dean Perretta: Elsewhere, Borussia Dortmund finished as runners-up by a narrow margin of two points in the Bundesliga last season to champions Bayern München. However, do you feel that BVB can win its first Bundesliga title since the 2011/2012 season under Lucien Favre this coming season?
Uli Hesse: That is certainly the plan. There is a general feeling that the club was a tad too passive, cautious and defensive (not on the pitch, mind you) last year. Of course you can understand why they were reluctant to openly throw down the gauntlet to mighty Bayern Munich even when they held a decent lead over them. After all, this was supposed to be a year for rebuilding, not for challenging. But suddenly the chance was there and it does feel like a missed opportunity. So this time around the club are much more assertive – and not just on the transfer market, where they have done some very interesting and promising deals.

Dean Perretta: Lastly, where is the best place where readers can purchase the Award-winning “Building the Wall: The Incredible Rise and Cult Appeal of Borussia Dortmund“?
Uli Hesse: It’s on Amazon US, as far as I know. But perhaps you want to wait a few weeks? An updated paperback version comes out in early August.