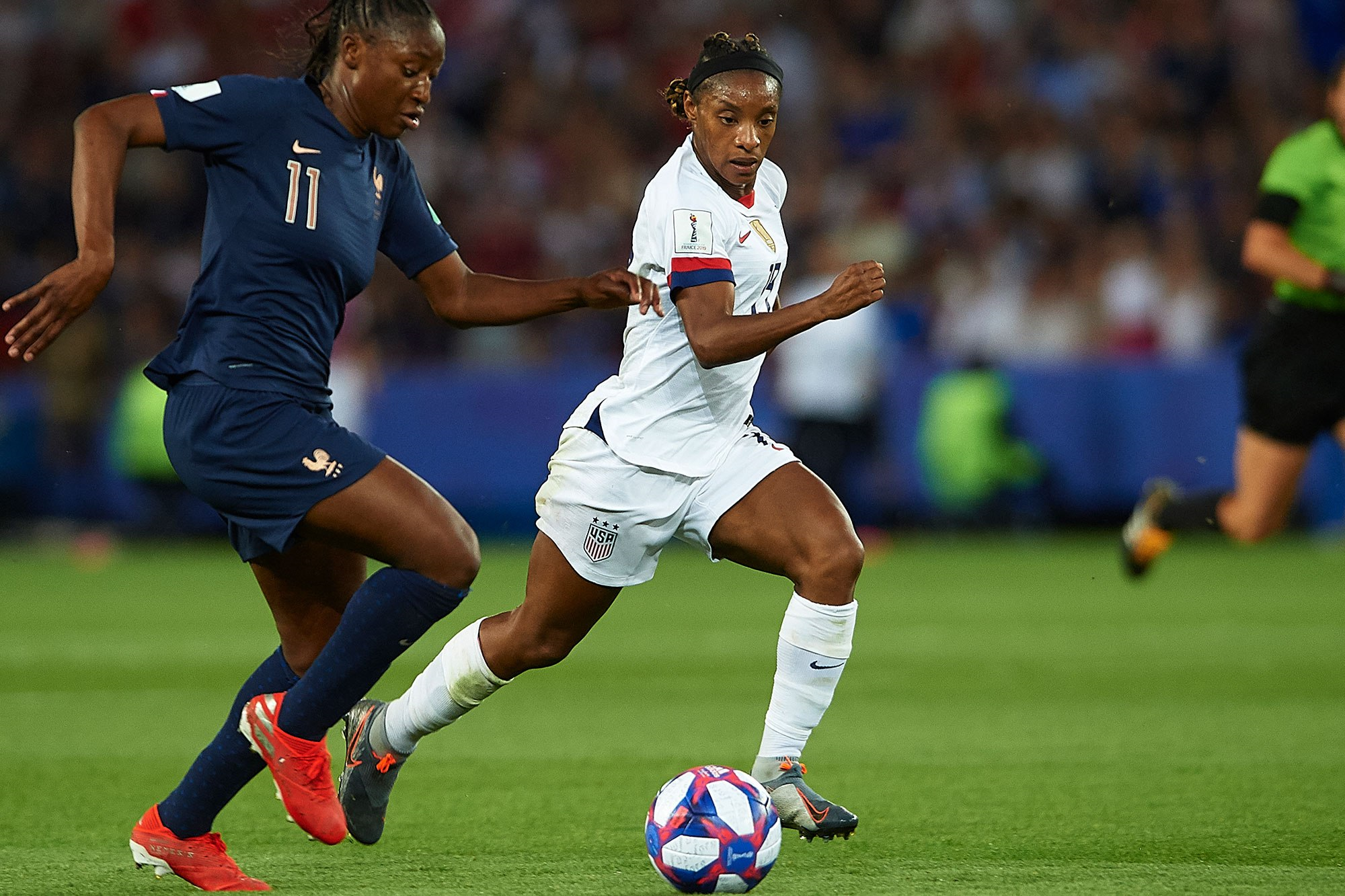 Corinne Diacre’s France opened their 2019 FIFA Women’s World Cup Group A campaign at the euphoric Parc des Princes in Paris with a subtly elegant 4-0 victory over Yoon Deok-yeo’s South Korea courtesy of a ninth minute early lead via Olympique Lyonnais forward, Eugénie Le Sommer, coupled alongside two goals from Le Sommer’s Olympique Lyonnais teammate, Wendie Renard, the first ten minutes before the half with Renard’s second coming on the stroke of half-time. France then finished their rampant rout thanks to an 85th minute coup de grâce to the South Koreans by captain, Amandine Henry, also of Olympique Lyonnais.

With three points confidently secured in Les Bleues 2019 FIFA World Cup Group A maiden contest, France’s second group proposition was against Martin Sjögren’s stylish counter-attacking Norway at the Allianz Riviera in Nice. With the Norwegians having successfully won their opening group encounter 3-0 against Nigeria, Norway similarly went into their second group game of the tournament with equal optimism and confidence after a positive early start. Valérie Gauvin, however, broke the deadlock to take the lead for the French just one minute after the break until Norway equalized to even the score at 1-1 eight minutes later via an own goal by Wendie Renard. However, 18 minutes thereafter, Eugénie Le Sommer finely slotted home from the spot past 39-year-old, Ingrid Hjelmseth, to narrowly extend France’s lead to 2-1 and seal Les Bleues maximum points after their first two group fixtures.

In the Round of 16 at the 2019 FIFA Women’s World Cup, France met Brazil at the Stade Océane in Le Havre to officially determine a spot in the Quarter-finals. However, Valérie Gauvin took the lead for France in the 52nd minute before Brazil emphatically responded eleven minutes subsequently courtesy of a goal from Thaisa. With the contest even at 1-1, Amandine Henry, France’s talismanic captain, triumphantly sealed the winner for Les Bleues in the 107th minute during the second half of Extra Time, thus sending France into the Quarter-finals to face reigning FIFA Women’s World Cup holders USA.

Jill Ellis’ United States defeated Spain 2-1 in the final sixteen to meet hosts France at the atmospheric Parc des Princes in the Quarter-finals. The Stars and Stripes, however, capitalized with an early 5th minute advantage thanks to a fine strike from Megan Rapinoe, who later extended the USA’s lead to 2-0 in the 65th minute to put the game in doubt for France. However, with the passionate partisan home crowd raucous inside the Parc des Princes, France scored a well-deserved consolution nine minutes from time by Wendie Renard, which invariably richly motivated and inspired Corinne Diacre’s side to deeply search for a much-required equalizer to send the game into Extra Time. However, the United States expertly held on to their 2-1 lead with France additionally failing to finish crucial chances to ultimately rectify the circumstances and scoreline.

Dean Perretta: Kadi, what positives do you take moving forward with regards to France’s performances and experiences at the 2019 FIFA Women’s World Cup?

Kadidiatou Diani: We (as a team and nation) have been able to make discover women’s football to the whole of France thanks to this World Cup. There was a huge craze around this competition (leading up to and during the tournament). The French (fans and general public) have enjoyed our game and I think that for the future we will be more and more followed whether with the (women’s national) team of France or the club (level in our country).

Dean Perretta: The 2019 FIFA Women’s World Cup was, of course, the second time you’ve competed in a World Cup tournament. What do you feel ultimately separated this occasion from your first experience four years ago in Canada?

Kadidiatou Diani: Four years in Canada, I did not have a status of starter (for the national team). On the contrary, I had a lot of playing time and I was proud to be able to represent my country and then do a World Cup at home. It’s still something incredible and it’s not given to everyone in a (professional football) career.

Dean Perretta: With the tremendous success of the 2019 FIFA Women’s World Cup, what does this effectively mean with regards to the ongoing growth and surge in popularity of women’s football overall throughout France?

Kadidiatou Diani: I think that the World Cup (this past summer) has changed attitudes in a positive way. We have been watched by millions of television viewers. Little girls (around the world) can now identify with players, which was not the case before. This may increase the number of (women’s) professionals in France.

Dean Perretta: Lastly, what are your main expectations and ambitions which you aim to achieve at Paris Saint-Germain Féminines?

Kadidiatou Diani: My expectations for this season: win all possible titles – the Coupe de France championship and league championship. And personally, do better than last season in terms of statistics.