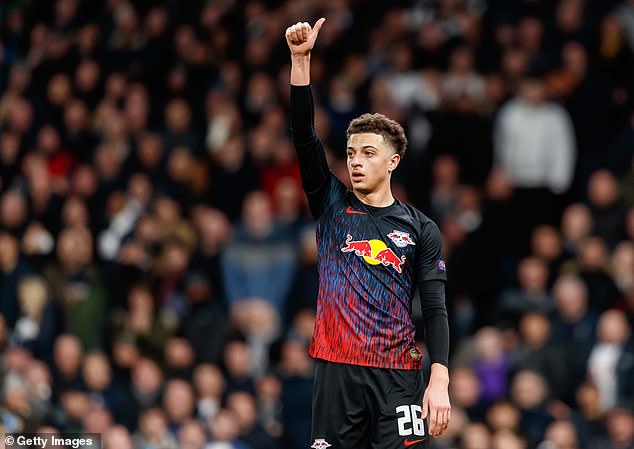 Q: Ethan, can you talk about RB Leipzig’s expectations and targets for the second half of the Bundesliga and, of course, the recent run of form and self-belief heading into the forthcoming matches?

As a team, we want to win every single game. But the Bundesliga is full of great teams, and especially this season you can see how close the top 5 clubs are. We have always said that we want to qualify for the Champions League, finishing among the top 4. If we should have the chance to play for the title at the end of the season, we won’t say no. (laughs)

Q: What are your collective thoughts on RB Leipzig’s displays and overall resilience in the UEFA Champions League this term?

It has been a good campaign so far. We played a strong group stage and earned our spot among Europe’s best 16 teams. Then we had a great performance at Tottenham in the first leg of the final 16 but we could have definitely scored again and that would have made things better ahead of the 2nd leg. Now we want to take the last step to reach the quarterfinals.

Q: With regards to Julian Nagelsmann, can you elaborate on the immense levels of loyalty and trust in the developmental process which he has instilled within you as a professional?

The coach is young and has a good connection to the team. He is technically very strong but also demands quite a lot from the players. This is how we get better – in football, at this level you always have to challenge yourself every day. I feel that I am learning new things here and Leipzig is a good experience for me.

Q: Can you talk about both adapting to and embracing the German culture and language since arriving on loan from Chelsea?

Obviously, it is quite a change for me. But that is part of what I mean with it being a good experience for me as a young professional. It is not only football that is different here but also the environment. To be honest, the language is quite difficult to learn but I am doing my best. The team and the club have made it very easy for me to adapt and to get integrated here. The team is young, hungry and we have a great atmosphere. And to my surprise, Germans can definitely be very funny, although the stereotype is different. (laughs)

Q: Lastly, what would it mean to be selected and play a pivotal role in Ryan Giggs’ Wales squad this summer at Euro 2020?

Representing your country is always something special. I’m a very proud Welshman so the idea of playing in a major Final is really really exciting. Every time I put on the Wales jersey it makes me very proud. So making the squad for the Euro 2020 finals would definitely be something very cool. I really hope I do make the squad so while my main job is training to help my club RB Leipzig I’m also doing my best to be ready to fulfill my dream to perform well at the Euro finals.