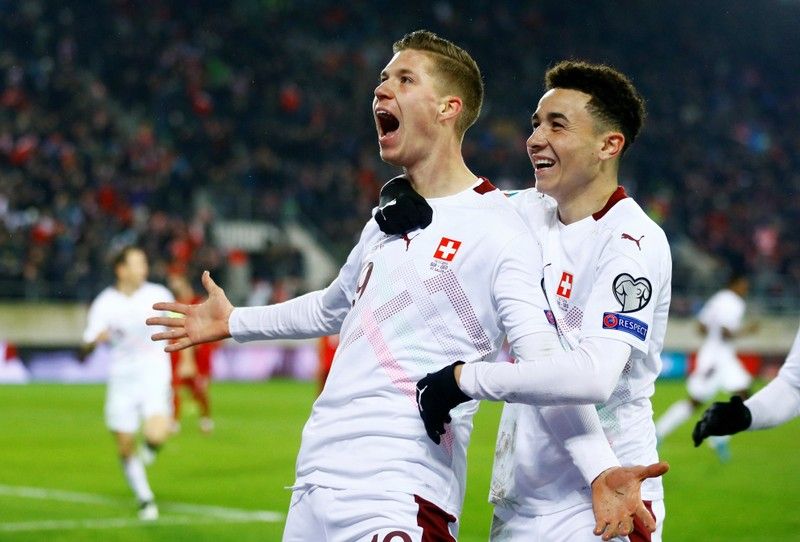 However, BSC Young Boys meanwhile have taken seven points (46.6%) from a possible 15 from their previous five games having won just two games from their last five matches under Gerardo Seoane.

FC St. Gallen, who have won won 13 games, drawn 2 and lost five from 20 matches this season in the Swiss Super League, have conceded 27 goals and scored 47 under Zeidler.

FC St. Gallen, who have won six games (75%) from their last eight in the Swiss Super League (18 points from a possible 24 from their previous six matches), currently remains five points clear ahead of third place FC Basel, who faces Cypriot champions Apoel Nicosia in the UEFA Europa League Round of 32.

FC St. Gallen, the oldest professional football club both in Switzerland and Continental Europe, founded on April 19, 1879, have competed in the UEFA Europa League twice in the last six years (2013/2014, 2018/2019), which witnessed the Swiss club eliminated in the group stages and the second qualifying round of the competition respectively. FC St. Gallen finished last in UEFA Europa League A in the 2013/2014 campaign, which saw Valencia top the group, Swansea City finishing second with FC Kuban Krasnodar finishing third in the table.

Moreover, FC St. Gallen’s joint leading goalscorers this season, Emerdin Demirovic and Jordi Quintillá, both of whom have respectively scored nine goals this term for the club, have been among the prominent catalysts for Zeidler’s side. Elsewhere, Switzerland international striker, Cedric Itten (eight goals) and Boris Babic (seven goals), have additionally both played a positive role in the 2019/2020 season as FC St. Gallen’s renaissance as legitimate title contenders in the Swiss Super League gains further traction in the second half of the campaign.

Dean Perretta: Cedric, can you touch on FC St. Gallen’s form and performances so far this season and indeed the targets and goals in the second half of the 2019/2020 campaign in the Swiss Super League?

Cedric Itten: We are in very good form at the moment (in the Swiss Super League) and have improved continually. We have got a clear plan how we want to play football and currently, it just works out. We are taking game by game (in order to achieve our targets).

Cedric Itten: Of course it is nice that we are top of the league right now. But we really don’t waste any thought on the (Swiss Super League) title. There are still 16 games to play (in the league) and the rivals are strong, so we just stay focused on ourselves.

Dean Perretta: FC St. Gallen’s next seven Swiss Super League fixtures are against: Servette, Luzern, BSC Young Boys, FC Sion, FC Zürich, FC Thun and Neuchatel Xamax. In terms of the title race, how much of a turning point would it be, especially with regards to confidence and consideration, would it be to take crucial points from these games?

Cedric Itten: It is our aim to win every match, never mind the opponent. We are taking (points game by game), and that’s really the way it is, game by game. We know that we are capable of winning every match if we manage to perform to our standards.

Dean Perretta: FC St. Gallen competed in the UEFA Europa League last season. However, can you talk about how this experience shaped the team this season, especially in terms of motivation and playing in Europe again?

Cedric Itten: It’s a big goal for every player to play internationally (in the UEFA Champions League and UEFA Europe League). Therefore, this is no extra motivation.

Dean Perretta: Lastly, what would it mean to be selected and play a key role in Switzerland’s Euro 2020 campaign?

Cedric Itten: It was an incredible experience (to be selected for my international debut back in November last year) and it fills me with pride to take to the field for the Swiss national team. Of course, it is my goal to go to Euro 2020, but that’s the coach’s decision. I will try to continue performing the best possible to be in contention for a place (in the squad this summer).