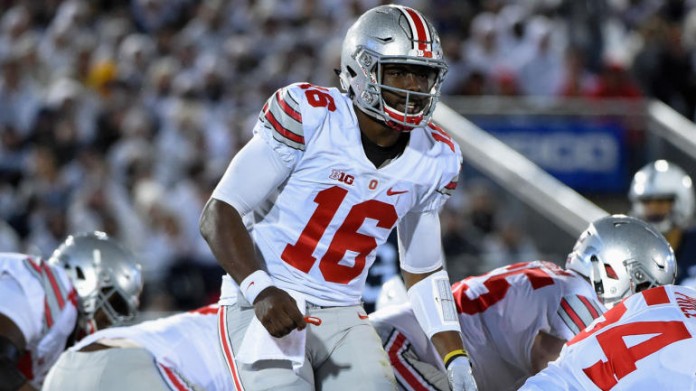 The time of the year when college football present unique match-ups. The 2016 College Football Playoff presents a semifinal contest that has the potential to be “Game of the Year” material.

In one corner, you have the third ranked Ohio State Buckeyes (11-1). A team led by one of the best coaches in the country, regardless of sport, in Urban Meyer. The Buckeyes are also the only team in the four-team College Football Playoff that does not own a conference championship. As a result, many view the Buckeyes placement here as fraudulent. In the other corner, stands the #2 team in the country, Clemson Tigers (12-1). A team that came incredibly short last season in the national championship against Alabama. Now, they have eyes focused on redeeming themselves. Head coach Dabo Swinney has an elite group of talent that can possibly pull it off this season.

Here is the preview of the heavyweight contest that will result in a spot in the College Football Playoff championship.

What To Know About Ohio State

Let’s face it. As good as the Buckeyes have been this season, they probably don’t deserve this spot. The only loss of the season is to Big Ten champion Penn State. However, wins over Oklahoma, Wisconsin, Nebraska, and Michigan, pretty much placed the Buckeyes here. At any rate, quarterback J.T. Barrett is the leader and is called upon to guide this young but talented team. Barrett (pictured above) is a reliable quarterback and has thrown 24 touchdown passes with only five interceptions. He also brings the rushing element with 847 yards and nine touchdowns. Additionally, running back Mike Weber (1,072 yards, nine TDs) and all-purpose back Curtis Samuel (1,526 total yards, 15 TDs) provide plenty of playmaking. The Buckeyes have a quality offensive line led by 2016 All-Americans Pat Elfein and Billy Price. They may not be talked about as often as the defensive side. However, the Buckeyes offense averages 42.7 points per game with six games of 40 or more points.

Elite. Superb. Whatever positive adjectives you want to apply to Ohio State’s 3rd ranked overall defense, it will fit. The unit possesses arguably the best secondary in the country. Cornerbacks Gareon Conley and Marshon Lattimore have seven interceptions between them. Free safety Malik Hooker is a star in the making and leads the team with six interceptions. Three of his picks have resulted in touchdowns. Ohio State is fifth in the nation in pass defense (164.5) and 14th in run defense (117.8). The captain in the middle is linebacker Raekwon McMillan, who leads the team in tackles with 87.

For the second year in a row, Clemson quarterback Deshaun Watson missed out on being a Heisman winner. Yet, Watson still scares defenses with his play. He does have a career-high 15 interceptions to his name this season. Accordingly, he also has a career-high 37 touchdown passes. His 3,914 passing yards also led the ACC this season. You can say he was graced with a surplus in weapons. Receiver Mike Williams (84 catches, 1,171 yards, 10 TDs) can stake a claim as the best WR in the country. Deon Cain (32/621/9) is the team’s deep threat and Artavis Scott (71/592/5) benefits from so much attention casted away from him. Tight end Jordan Leggett and Hunter Renfrow have 67 catches and 11 touchdowns amongst them. An abundance of riches on offense for the Tigers to say the least.

The 10th ranked defense in 2015 lost several starters to the NFL Draft. Many expected a drop-off from Clemson’s defensive unit. Defensive coordinator Brent Venables simply waved his magical wand and produced the eighth best defensive in college football. It all starts up front with a skilled defensive line. Defensive end Christian Wilkins leads the team in tackles for loss with 12. While defensive tackle Carlos Watkins leads the team in sacks with 8.5. The best player on the entire line may have been freshmen Dexter Lawrence (58 tackles, 8.5 TFLs, 6.5 sacks). Cornerback Cordrea Tankersley (43 tackles, three INTs) is a first team All-ACC corner and clearly on the NFL radar.

Get ready. Buckle up. Clear your schedule. This New Year’s Eve showdown will be entertaining for four quarters.

There are plenty of in-game match-ups. From Barrett and Weber against the Clemson front seven to the pair of Clemson tight ends against Ohio State linebackers. Plenty of eyes should be applied to the many aspects that are taking place in this game.

The Ohio State defense is one of the best in the country in takeaways. They have 25 turnovers on the season (t-18th) and have only one game this season without a defensive takeaway. Of course, that means Watson and the Clemson offense will have to be extra careful and not feed into the Buckeyes strength. This element is key as Clemson is tied at 103rd in the country in offensive turnovers.

How the Tigers get running back Wayne Gallman (1,002 yards, 15 TDs) will be worth monitoring also. Ohio State has been prone to allow notable run totals on defense (178 to Oklahoma, 236 to Wisconsin)

The run offense for Ohio State is the focal point, but WRs Noah Brown and Dontre Wilson must be active in the passing game. That is one phase that has been up and down for the Buckeyes this season. Look for Meyer to focus specifically on finding balance in their offense. Clemson is seventh in the county in 3rd down defense (29%) so finding that balance on early downs are highly important.

There are weapons on both offenses. Enough to make two of the best defenses in the country look a little less stout than normal. So in a game where there is no clear advantage for either team, the least amount of mental mistakes is what will probably determine the outcome. Clemson has made their fair share of mistakes but in actuality, they seem to trip themselves. That cannot occur against a skilled and dangerous Ohio State team. Swinney guided this Clemson team to the brink last season. They went toe-to-toe with an excellent Alabama team last season. Ohio State will be ready to pounce on a critical mistake. Yet, a veteran-led Clemson team knows how to play with the best of the best. Look for the Tigers pour out everything and prove that they belong.