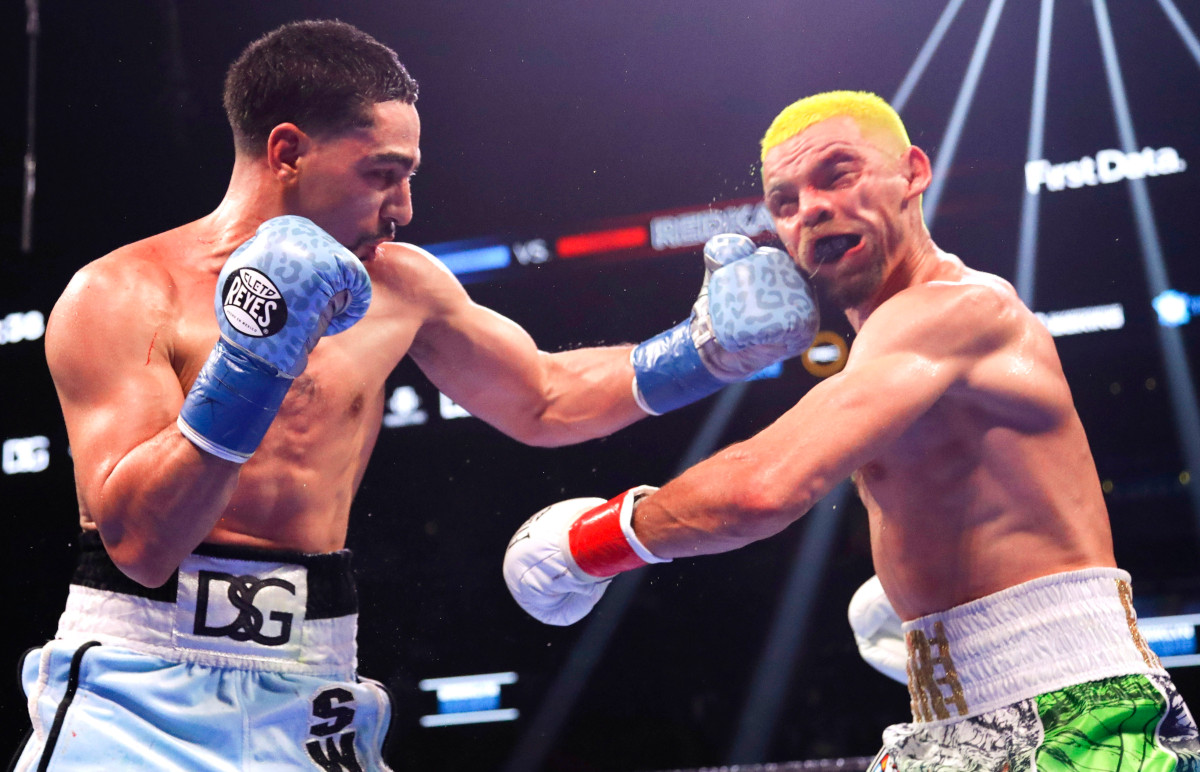 Tweet
FOX Sports Radio 96.9FM/1340AM’s Award-winning show “Listen In With KNN”, hosted by Kelsey N. Nelson, warmly welcomes former WBC welterweight champion, Danny “Swift” Garcia, on to the show on May 18, 2020, to discuss his well-documented career highlights to date and most recent encounter.
Garcia, who defeated Ukrainian opponent Ivan Redkach at the Barclays Center in Brooklyn, New York on January 25, 2020, by way of Unanimous Decision, extended his professional record to 36-2 courtesy of the victory; the victory was relatively overshadowed by the controversial biting incident from Redkach.
Thereafter defeating Redkach inside the Barclays Center, current WBA super welterweight champion, Manny “Pac-Man” Pacquiao, who defeated Keith Thurman on July 20, 2019, inside the MGM Grand in Las Vegas, Nevada, to win the WBC (Super) welterweight championship, has since been speculated as a potential next opponent for the impressive Garcia; the 32-year-old Philadelphia native has been vocally receptive to the prospect of fighting Pacquiao.
Throughout Garcia’s 38 professional career fights (36-2),  the orthodox combatant has registered 7 KO’s and 14 TKO’s, which has witnessed the American defeat: Ivan Redkach, Brandon Ríos, Paulie Malignaggi, Érik Morales, Amir Khan, and Robert Guerrero, to name a few of the many adversaries which have been defeated at the hands of Garcia.
Garcia, who is of Puerto Rican heritage, also reveals to the “Listen In With KNN” audience about his intense training program, his goals and ambitions in the division and much more.
Tweet