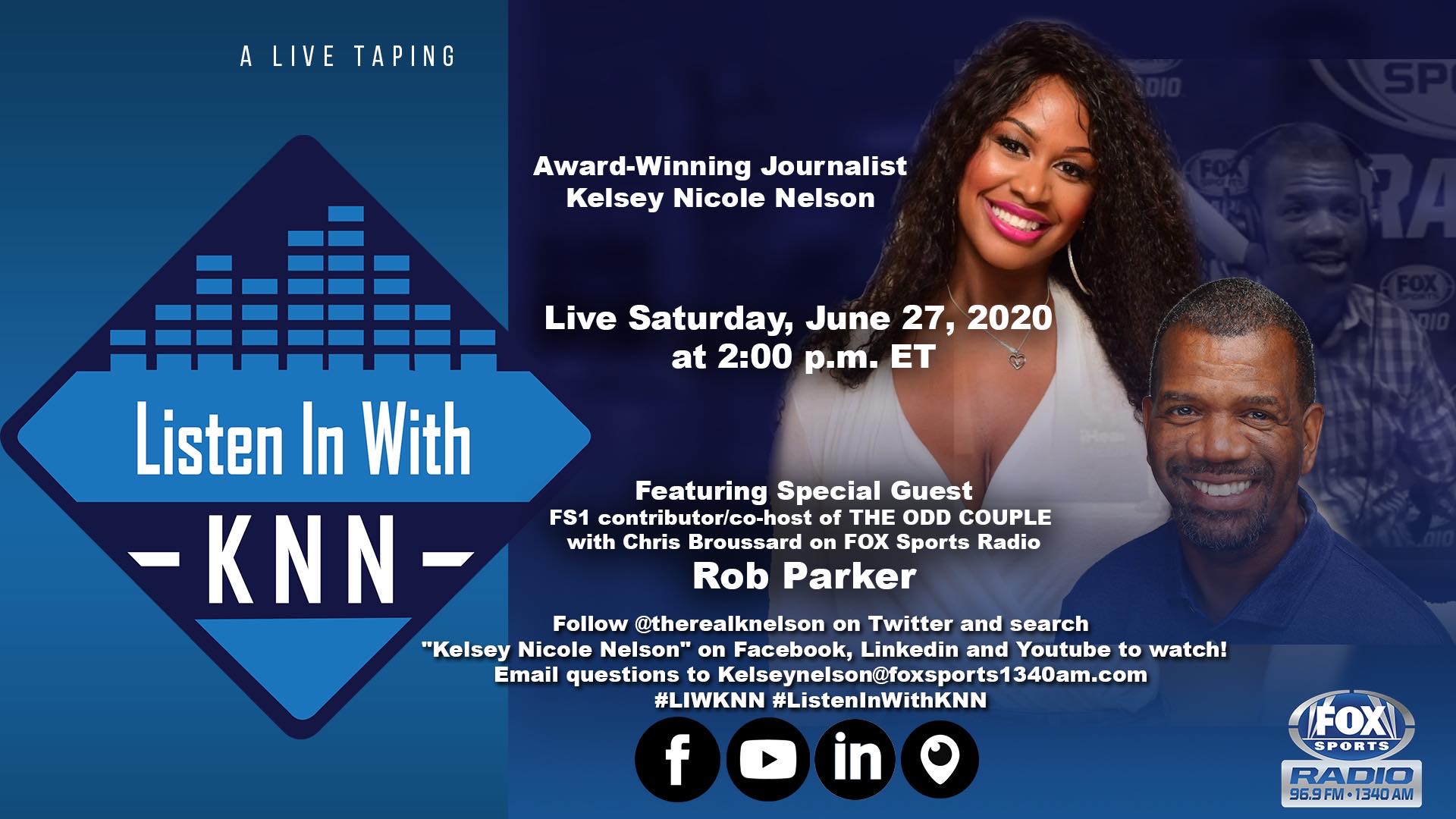 On the latest episode of Listen In With KNN on Fox Sports 1340AM, host Kelsey Nicole Nelson welcomed FS1 contributor and co-host of The Odd Couple with Chris Broussard on FOX Sports Radio Rob Parker to the show.

He is also featured on Undisputed, The Herd with Colin Cowherd and writes for Deadspin. The Columbia University graduate is very passionate about baseball as he’s part of the Baseball Writers’ Association of America (BBWAA) and has his own baseball podcast called Inside the Parker which drops every Thursday on The Herd podcast. Parker is looking forward to the 2020 MLB shortened season, which will begin on July 23rd.

“I’m just going to embrace it because we’re in a pandemic. I know a lot of people want everything to be like it was. I’d rather have 60 games by making it fast and furious,” he said.

Parker encourages black people to get into covering baseball so they can expand their sports horizon.

“NBA and NFL is real crowded. Don’t shut yourself out of other opportunities by not knowing about baseball. It’s 162 games a year and 30 teams. I think you should branch out,” he said.

As a result of the Black Live Matters protest, Parker sees all athletes making a difference in their communities.

“People have an allegiance with athletes. If they were to point out what’s good, bad and different then people listen to them,” he said. “They have a huge platform and it’s imperative to try to force change for the betterment of all people.”

More recently, Parker wrote an article on Deadspin criticizing a radio station that he used to work in called 97.1 The Ticket in Detroit for their lack of diversity. As a black man, this is home because Detroit is a predominantly African American city.

“Detroit is 83 percent black and there’s only one sports station. I used to work on that station in Detroit when it was an FM talk station. We started the first all sports station WDFN and the program director was a woman named Lorna Gladstone,” he said. “We had a black morning news anchor and a solo black host. So there was representation.”

That experience led Parker to propose an idea to his boss FOX Sports One to diversify its newsroom.

“We’re working on a plan to introduce new, young black voices on FOX Sports radio. When I pitched it to the bosses, they were all in. We’re gonna have a talent bank of people all over the country that you can not only see who they are but click on and hear the sound of them. That’s our goal.”