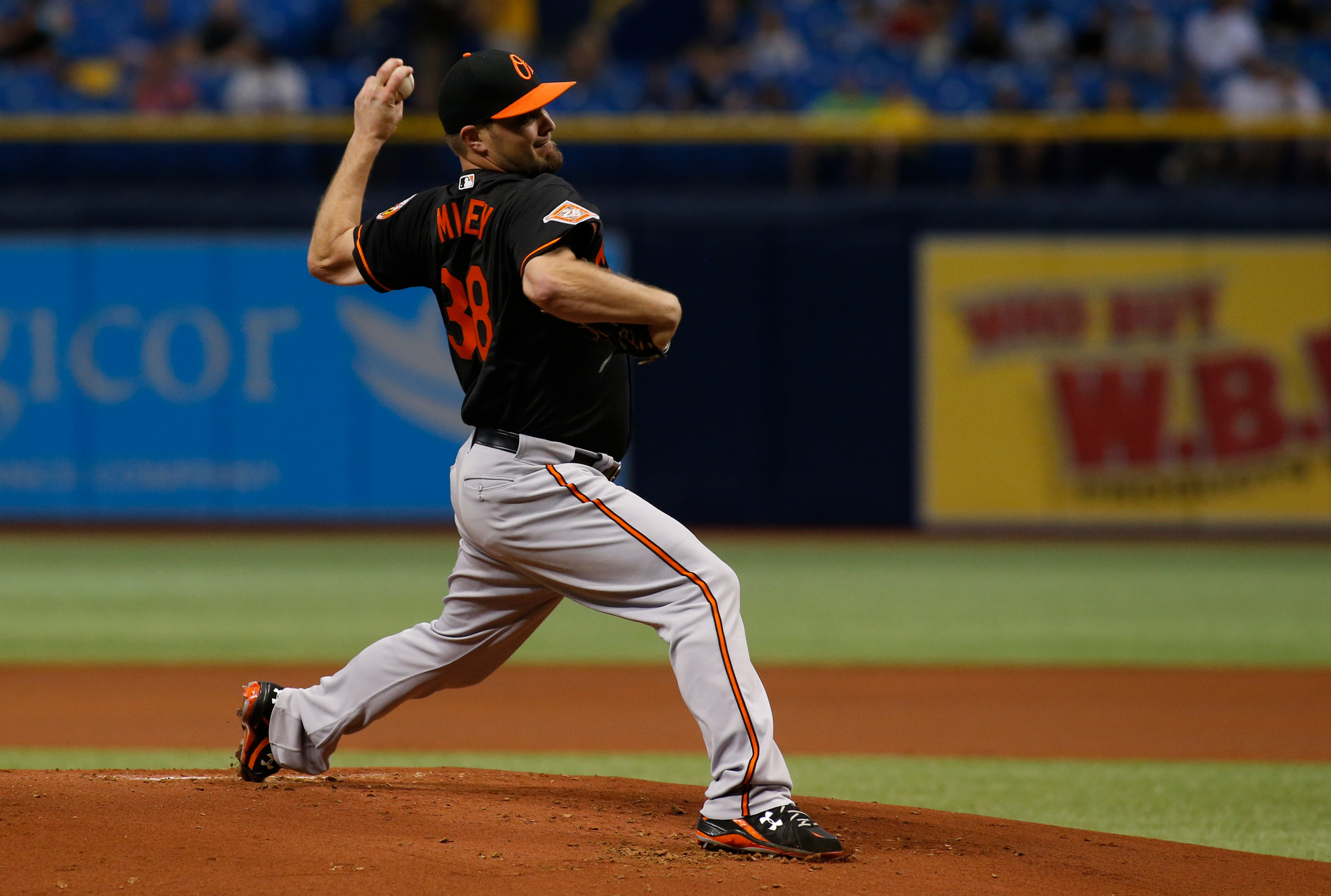 The Baltimore Orioles saw their fair share of struggles with their pitching staff last season. Which pitcher should they pursue in free agency to bolster their rotation?

“We’ve got to rebuild our starting rotation,” Duquette said via The Baltimore Sun. “I still think that Gausman can be an elite pitcher in the league. We’ll have to find some starters beyond [Bundy and Gausman]. It’s going to come down to what any championship team needs, and that’s pitching and pitching and pitching. So, that’s the job for next year’s club.”

Obviously, a change is in order for Baltimore, as they finished last in the AL East and a losing record (75-87) for the first time since 2011. The Orioles will most likely try their hand with Miguel Castro (3.53) and Gabriel Ynoa (4.15), who saw some success as long relievers. Due to both pitchers being fairly young, they are inexperienced and are question marks.

Baltimore will need to sign veteran starters to bolster their staff. The largest issue is the cost. Duquette was burned during the four seasons that Jimenez pitched for the club. Jimenez was signed to a four-year deal, worth $50 million. During the span from 2014-17, Jimenez pitched to a 32-42 record, with a 5.22 ERA, over the course from 594.1 innings.

Due to Jimenez’s issues as a starter and Duquette’s money not being well-spent on others like Miley and Tillman, the Orioles will be skittish when it comes to spending on pitchers. The other problem is that players of their caliber will receive nearly $10 million a season. So to acquire a quality starter, Baltimore will have to spend outside of their usual means. With closer Zach Britton, third baseman Manny Machado, and center fielder Adam Jones becoming free agents after the 2018 season, Baltimore will be strapped for cash during the offseason.

Duquette and manager Buck Showalter’s contracts expire after the season as well, throwing another wrench into their plans beyond 2018. This could prompt the Orioles to make splash signing to revive both’s Baltimore careers. Let’s be frank about the Orioles, they aren’t going to break the bank on a pitcher. There will be no Yu Darvish or Jake Arrieta signing.

However, there are four lefties and five righties who could be signed within reason for the Orioles.

Baltimore will go into next offseason without a left-handed starting pitcher. However, there are a few veteran lefties that are available on the open market:

The Orioles have seen enough of Sabathia within the division to know that he is still good. After a bout with alcoholism in 2015, Sabathia has been been consistently solid. The 37-year old veteran has pitched to a 23-17 record, 3.81 ERA, in 328.1 innings during the 2016-17 seasons. Although he is advanced in age, he has proven that he can be a stabilizing force for the New York Yankees.

According to Spotrac, Sabathia’s market value is $12,042,917. A one-year deal would be reasonable for Sabathia, considering his age and health problems in the past. It would be a bandage type of move for Baltimore, but it could assist them with the type of professional he is and his attention to his craft.

Baltimore will have to spend a bit more money on a right-handed pitcher because of their age and statistics over the past few seasons. Cobb is interesting, but he also would cost $18, 279,752 per season, according to Spotrac. However, this kind of investment is the one that Baltimore will need to get a steady pitcher.

Cobb has been nothing short of respectable during his six seasons in the Majors. He has pitched to a 48-35 record, 3.50 ERA, in 700 innings with the Tampa Bay Rays. Bringing him to Baltimore would give the Orioles someone who could take the ball every fifth day and win games. If Baltimore signed him, it would have to be for at least a multi-year deal for $60+ million.

Baltimore could ultimately go with what they know and sign two proven starters that have pitched in their division. A signing of Sabathia will be just a small fix, but Cobb could be a steadying force in an Orioles rotation for years to come.