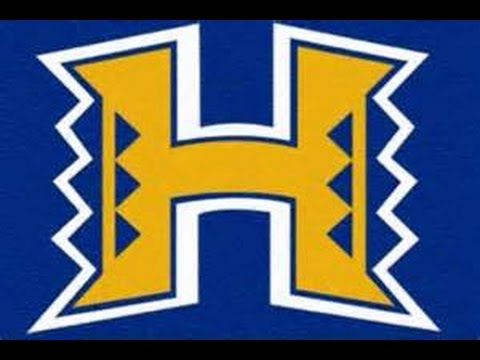 In playoff basketball,  sometimes high school teams  have to play games on back to back nights. Last weekend, a good month before the playoffs arrive, Hopewell experienced back to back games on  Friday and Saturday nights, and did so seemingly without a hitch.  Already down three players, two to injury and one with a family commitment, the Blue Devils rose to the challenge on both nights.  They first beat the  Thomas Dale Knights at home 71-50  before traveling to Petersburg High School for a state regional tournament game and beating  Booker T. Washington of Norfolk 50-41.

and Cartier Strickland, who  both filled in capably over the weekend.

Coach Edmonds also had his team cautiously optimistic against Dale, even though the Knights entered the game with a 1-8 record.

“I watched film on them,  saw how they competed, and how  several of their losses were by just a few points,”  Coach Edmonds commented after his team had just encountered some close games of their own – back to back  games against Prince George, where they first lost in overtime by two  before last Wednesday holding off a furious rally to win by one point.

Dale opened in a three-two zone , which proved effective in the first half as Hopewell turned the ball over quite a bit trying to penetrate it, and Hopewell fans were squirming a bit.  Good defense of their own though kept Hopewell on top as Dale had several short range shots fail, and Hopewell led after one quarter 16-12.  Dale’s Kylon Lewis scored 9 of his team’s 12 points, including 6-7 from the foul line.

But the Blue Devils began to find their rhythm in the second quarter, and it came from mostly finding that open man.  Two sophomores Elvin Edmonds and Lamonta Ellis each knocked down three three pointers en route to their team’s 34-25 halftime lead.

Edmonds finished with 7 three-pointers and 23 points, while Ellis added 16 points with a total of 4 three’s as Hopewell poured it on in the second half outscoring the Knights 37-25, which included going freely  to their bench in the closing minutes.  Along with the steady play of Senior Captain Tre Jones who added 10 points to go with his excellent defense, and Dennard Hutchinson’s 9 points, Hopewell advanced to an 8-2 record.

They then had the briefest of turnarounds before taking on the 6-6 Booker T. Washington squad Saturday night.  Both teams were part of the William Lawson Basketball Classic, established to honor the former Virginia State Hall of Fame Petersburg Coach Bill Lawson who is the third winningest high school coach in Virginia having   won 626 games.    This tournament gathers some of the top teams from Eastern and Central Virginia who don’t normally get a chance to play during the year.

Again Hopewell started rather slowly and trailed after one quarter 10-9 before jumping ahead at the half 22-16.  Although their three point shot production  fell from 10 on Friday  to 4 Saturday,  they did a good job driving to the basket and then, when fouled, making free throws.  For the game, they unofficially were 10-12 while the “Mighty Bookers” were 0-5.

Again, Edmonds and Ellis lead the Blue Devils with 19 and 17 points respectively.  Ellis was a perfect 6-6 from the foul line.  The Bookers tested the Blues Devils a bit more down low, but the defense of Hopewell rose to the challenge as Tre Jones again impressed along with Izeah Parker and Dennard Hutchinson.  Booker T. , while connecting on 7 three pointers, actually down the stretch kept it close with several outstanding steals by pesky guards.  It was reminiscent of Prince George’s strong fourth quarter performance Jan. 2 mentioned above to close a 46-33 deficit to one point.  What sealed it for Hopewell in the closing moments was not relying on the three pointer,  but taking time off the clock with their ball possession  and then converting  free throws  when fouled.

It goes without saying how important conditioning is in any sport.  The hectic, fast-paced action of basketball especially  reinforces how essential it is for players to be 110% ready stamina-wise  at the start of the season. If and when  injuries occur, as is the case for Hopewell, how gratifying it is to see Coach Edmond’s team not missing a beat, and  playing at a high level.  They now have won three in a row – they have bended a bit in two of the fourth quarters, but not been broken.  Good conditioning puts one in a better position to withstand last- minute stress.

So, can they continue this run as they travel to Dinwiddie tonight to play a team that has already beaten both of the teams that have beaten Hopewell – Meadowbrook and Prince George? While at least the Blue Devils against Prince George  returned the favor  several nights later,  the Blue Devils lost  to Meadowbrook by two points 45-43, while  Dinwiddie more easily beat the Monarchs  by 14 points,  77-63.  Conditioning doesn’t guarantee a team’s victory, but it certainly can be a contributing factor.

A man named Paul said this about the conditioning he exerted in order to be better prepared for life, “  I discipline my body and bring it under strict control… so  I myself will not be disqualified.”  1 Corinthians 9:27  Christian Standard Bible  Coach Edmonds expects a lot from his team in terms of discipline, and they are responding effectively.

Jeff Butler pastors the Woodlawn Presbyterian Church in Hopewell and is the play by play broadcaster for WHAP AM 1340AM and 96.9FM in its coverage of Hopewell High School Boys Basketball.  The games can also be heard online at FoxSportsRadioAM1340.com or with a toll free phone call at 605-313-0571