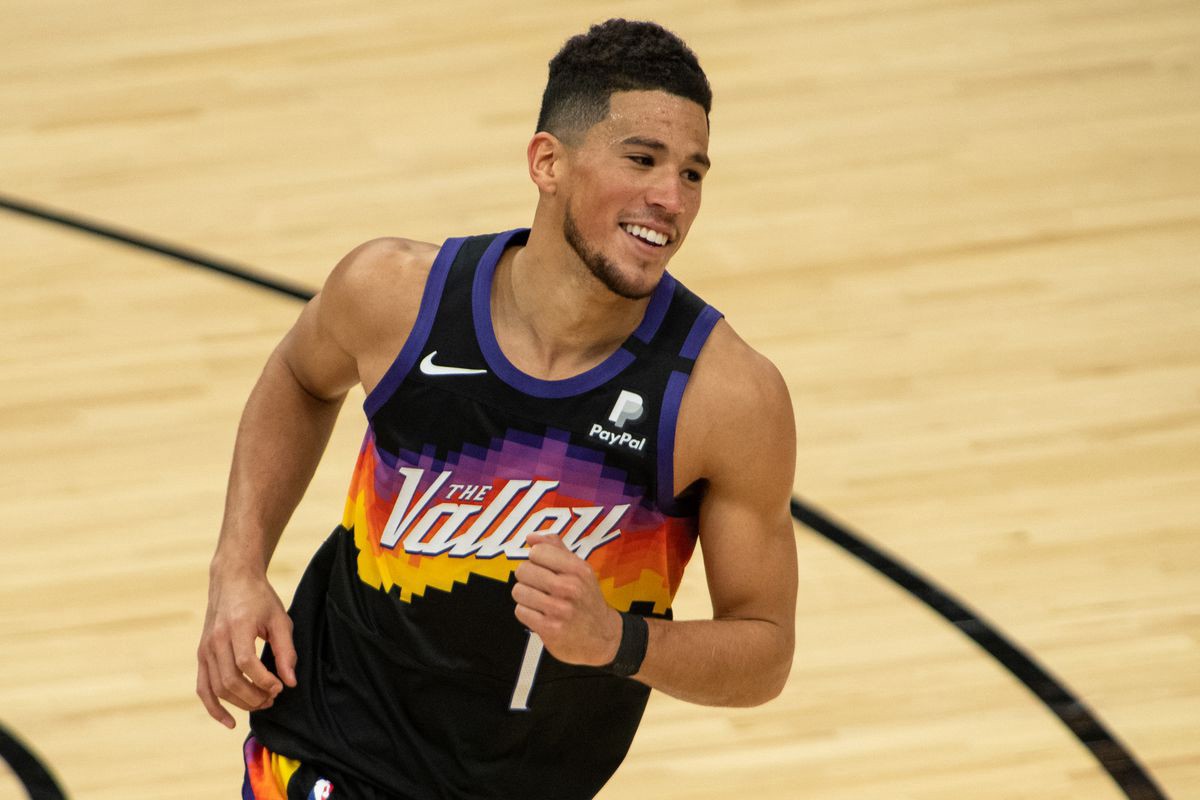 The Phoenix Suns took down the Los Angeles Lakers 99-90 in a wild Game 1 of their first round playoff series on Sunday behind monster games from Devin Booker and Deandre Ayton. It was Booker and Ayton’s playoff debut. Booker led the way with 34 points, eight assists and seven rebounds and Ayton had 21 points and 16 rebounds on 10 of 11 shooting.

Devin Booker and Deandre Ayton were the best players on the court in a game that featured LeBron James, Anthony Davis and Chris Paul. Booker had the most points in a playoff debut in Suns history. The previous high of 31 was set by Walter Davis in 1978.

As for Ayton, he is the first Suns player in franchise history with a 20-point, 15-rebound playoff game on 90 percent or better shooting and the second player in playoff history to shoot 90 percent or better in a 20-point, 15-rebound game against the Lakers, joining Bill Russell (Game 2 of the 1965 NBA Finals). Deandre Ayton had more offensive rebounds (eight) than Anthony Davis had rebounds (seven) and his 16 rebounds are the most by a Suns player in playoff debut.

Can the Suns Reach the Second Round?

Absolutely, head coach Monty Williams and star point guard Chris Paul are basketball masterminds and the team’s role pieces are playing hard. The Suns could win this series against the Lakers. Devin Booker proved that he one of the best in the world and the Lakers don’t have an explosive scorer who can bring an alternative dimension outside of LeBron or AD.

“It’s an unbelievable feeling, man. This city has been waiting on this for a very long time and you could feel that tonight,” Booker said after Game 1.

Booker is a half court assassin, his game is tailor-made for the playoffs, when everything slows down and getting buckets is tough. The Suns have all the pieces needed to succeed against the Lakers or anyone else, it’s just going to come down to can they execute? Can they minimize their mistakes and can they defend as a unit? They did just that and Deandre Ayton also stepped up and if he stays aggressive on offense and takes games over then there’s no limit to what they can achieve.

“Deandre Ayton is going to be a monster. He’s one of those kids that people said he wasn’t good and he couldn’t do this or that, but you can tell he has a good work ethic,” Marbury told Bally Sports National’s Brandon “Scoop B” Robinson by phone from China a few weeks ago. “As time goes on, he’s going to get in a position where he doesn’t have to just dunk. Once he gets a turnaround jumper, he’s going to be hard to stop,” Marbury added.